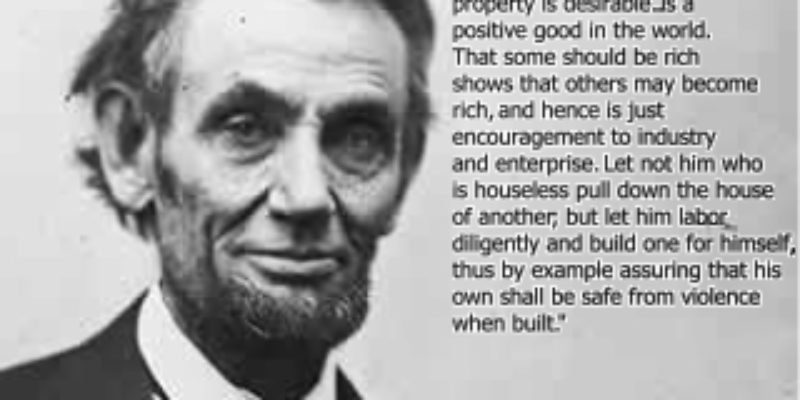 President Obama is once again turning to dead presidents—particularly Republican ones—to make the point that they would be cool with the whole taxing the rich to redistribute wealth thing.

Speaking yesterday in Ohio, the president went as far to invoke Abraham Lincoln—the very first Republican president—who Obama apparently believes would be in his corner in saving the country from those destructive policies espoused by today’s GOP.

After a trying to sound a bit like a Republican himself by declaring his love of the free market as “the greatest force for economic progress in human history,” he went on to add “But I also agree with our first Republican president, a guy named Abraham Lincoln, who said that ‘through government, we should be able to do together what we can’t do on our own.’”

I believe that Obama kinda flubbed the Lincoln quote, which is actually “Government should do for people that which they cannot possibly do for themselves —and leave them otherwise alone.”

No matter, I’m sure that he and Honest Abe would be on the same page about the role of government in peoples’ lives—except for that leave people alone part.

We don’t really have a lot to go on about Lincoln’s thoughts about taxing the rich and redistributing wealth. He was kind of busy with 11 southern states seceding from the union, touching off the bloodiest war in American history that left over 600,000 dead, half the nation destitute and he with a bullet hole in his head. If John Wilkes Booth hadn’t messed things up, however, I’m sure Lincoln would have gotten right to implementing a progressive income tax and creating a system of socialized medicine after the war.

Lincoln and Obama, and Warren Buffet for that matter, are like “brothers from other mothers” when it comes to believing that those who have more should be taxed so government can dole it to help whoever it deems needs it more.

What do you say, Abe? 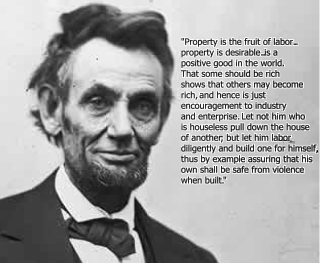 Like I said, Abe was kind of busy with the Civil War, so let’s look elsewhere to find Obama’s homies who are down with taxing the rich to improve the lives of poor folks.

Thomas Jefferson is the guy responsible for starting the United States by writing the Declaration of Independence. He was said to have been the embodiment of the American idea of self-government, so if anyone should know what it’s all about it should be he.

He’s got to be a guy in-line with our current president’s ideas of “spreading the wealth around.”

Take it away, Tom, no pun intended: 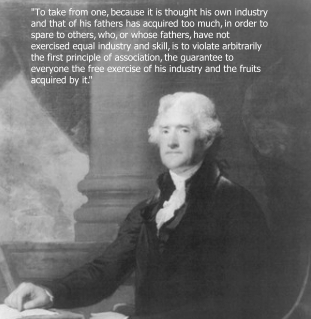 Aw, hell, what did that inbred, back-wood Virginian know anyway? The Sage of Monticello? The Intellectual Father of Our Country? Whatever. Next.

James Madison, now he’s called the Father of The Constitution. Jefferson just wrote dirty letters to King George III, Madison was the leading force in crafting the document that created our government.

James will set the record straight how we should tax the hell out of rich folks to help the less fortunate if anyone can: 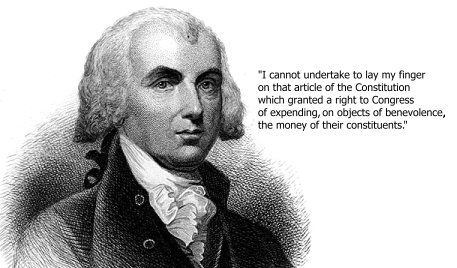 Did I mention Jimmy was a racist salve owner, like Jefferson. Let’s get away from these hick Virginian founding fathers before they break out a banjo and start playing that “Deliverance” tune.

Benjamin Franklin, now there’s a founding father who hated slavery. He was one of the most brilliant men of his age, if not all ages. A real forward thinker who could relate to Obama. This Renaissance Man was a scientist who unlocked the mysteries of electricity, was a master inventor, the nation’s premier newspaper man, and played an instrumental role in creating the greatest country in the history of the world.

C’mon, Ben, tell us how Obama is leading us down the right path: 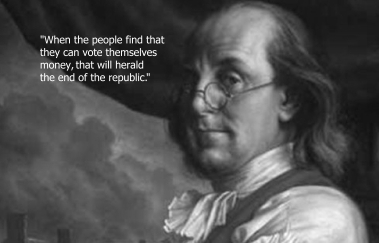 Did I mention that Franklin was philanderer who fathered an illegitimate kid with a whore? He did, ya know, I read that somewhere. You can’t listen to degenerates like that. We need to find better people.

There has got to be a founder who agrees with Obama. Got to be: 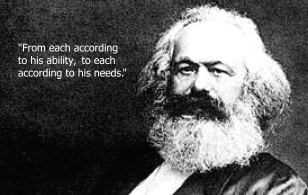 Yeah, he’s a founder, alright—-the founder of Marxism. Maybe there’s someone better who we could ask.

Maybe a world leader, a person who led tens of millions who could speak about how the rich always exploit the poor for their own selfish reasons and should be made to pay for it: 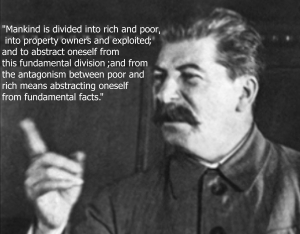 Okay, he led tens of millions—to their deaths—but it’s maybe just a conquincidence that he sounds like a Democrat in today’s America. That’s all. 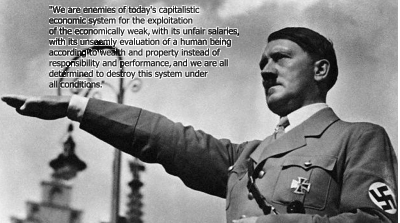