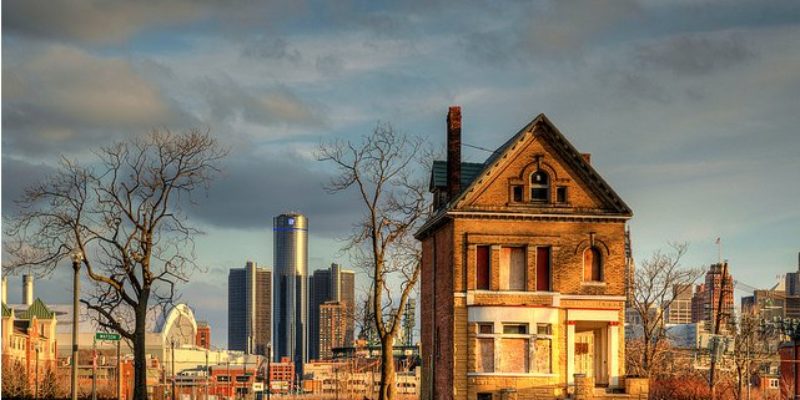 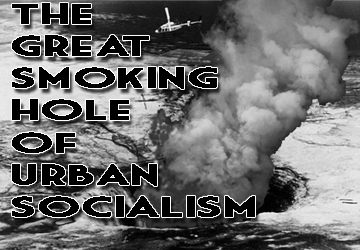 There still appears to be a sense of shock among the conservative community in Baton Rouge over the hefty 10.6-mill tax increase passed over the weekend to support the city’s nearly-useless Capitol Area Transit System. Few actually expected the tax to pass, given the 65-35 drubbing the last proposed large tax increase took in 2009.

But now that it has, it appears that it’s time to assess the consequences of the tax passing. And those consequences aren’t insignificant, though the CATS tax itself isn’t an earth-shattering event in particular. The city’s working-class homeowners, who now face a 79 percent increase in property taxes, might disagree with that last piece, but for the rest of the folks paying property tax it’s more of an inconvenience and an insult – particularly considering that the precincts which passed the tax are heavily laden with renters.

And that has presented a philosophical and moral question of some age to it – namely, whether people who don’t own property should have the right to vote to increase property taxes on people who do own property.

Remember, of course, that in the early days of this country’s existence one had to own real property in order to qualify to vote, under the justification that while taxation without representation is tyranny, so the reverse ultimately leads to the same place.

But there is a resolution to that question, and it’s embodied in our first prediction about the effects of the CATS tax – which is that those renters who thought it would be a good idea to stick property owners with a bill for an expanded mass transit system for the poor will get the unpleasant economic lesson that property taxes on landlords are passed on to renters in the form of higher rents.

Cue the triumphant entrance of one Jimmy McMillan, lately of New York…

Actually, this is a prediction which has already begun to come true. The Baton Rouge Business Report’s J.R. Ball, no hard-core conservative he, passed along a relevant snippet of information via Facebook today…

The first shoe has dropped in the aftermath of the CATS tax approval: Just received a copy of a letter from a property owner with numerous rental houses located within the taxing district; this particular landlord has notified all of his renters of a $30 per month increase, effective June 1.

There’s an element of “I told you so” from Ball in relating that tidbit, as he had already explained in a column last week that the poor would be bearing a disproportionate impact of the tax.

But the letter-writing property owner Ball references is just one of a multitude of landlords in Baton Rouge who will be passing along rent increases as a result of the tax. Most will be offering less warning to their renters than the one in question; they’ll just boost the rents 10-15 percent at their next opportunity.

The next prediction is no less easily made – namely, CATS won’t realize anything close to the 150 percent budget increase they’ve advertised as a result of this tax.

We were told that with a dedicated revenue stream from the tax, CATS’ budget would rise from $12 million – $10 million of which comes from the city-parish general fund – to $30 million thanks to some $18 million in property taxes streaming directly into its coffers.

But what’s a lot more likely is that since CATS has a dedicated revenue stream of $18 million which covers its current expenses of $14 million and converts a $2 million deficit to a $4 million surplus, mayor-president Kip Holden will happily claw back the $10 million in general fund expenditures to the bus system and put that cash toward some other political convenience.

Don’t think that’ll happen? Fine. Ask yourself why, rather than work to find $2 million in a $277 general fund budget, Holden threatened to close the doors on CATS’ operations unless the voters were willing to give blood at the polls to keep it alive. That was a time-honored bit of urban socialist governance – always create a crisis the voters have to resolve by providing more funding, and when the money gets lean never tighten the belt around your fat waist but always around your skinny neck.

Holden was told by several members of the Metro Council that they wouldn’t allow CATS to go under, and he ignored them. Thus the narrative of “we have to vote for this tax or else CATS will die” was given life.

Now that the crisis-funding confidence game has paid off for Holden, you can be certain he’ll act accordingly. The well-meaning dupes who voted for the tax will be outraged to find out they’ve essentially handed the mayor a $10 million windfall to spend.

The third prediction? Probably the easiest of all.

Holden is still carping loudly about a Census population study which indicates that under his watch Baton Rouge saw zero population growth of any kind between 2010 and 2011, and there isn’t much reason to think  2011-12 will show any particular improvement. He wouldn’t be doing so unless he understood that zero population growth means he’s bleeding his tax base and he’s destroyed the city’s economic growth in his seven-plus years as Baton Rouge’s mayor.

Except that while Holden might not want people to know what he’s done to the city, he’s hardly upset about the fact that it’s not growing. He knows that the part of the city which constitutes his voting base – the black community, students, the poor and the “downtown crowd” who benefit from city-parish government’s incessant picking of winners (the city’s downtown area and its immediate surroundings) in infrastructure over more disfavored constituencies (most notably the small business community and the middle class south of Florida Boulevard) – are still quite healthy. So if you want to keep running for mayor, better to get your voters to be an increasing slice of the electorate at your opponents’ expense.

Which is why a mayor who sees his city in a state of abject stagnation would have no problem whatsoever with raising $184 million in property taxes over 10 years. One would think a prudent chief executive would have loudly and ruthlessly opposed a tax increase under such circumstances; Holden is no such cat.

And if Baton Rouge was stagnating under the former property tax rates, it will certainly stagnate – or worse – now that its tax base has been pillaged for $18 million more per annum. Ascension, Livingston and West Feliciana are giddy at the economic-development gift they’ve been given by their economically-illiterate neighbor.

I can’t count how many e-mails, texts, phone calls, Facebook messages and personal conversations I’ve had in the past three days from people who have called this the final straw inducing them to decamp for the suburbs, or at least unincorporated areas of the parish where this new tax doesn’t apply. And these people constitute taxpayers Baton Rouge needs. A city with a worsening crime problem and an utter failure of a public school system needs every resource it can lay hands on; chasing off productive citizens only recreates the Great Smoking Hole Of Urban Socialism which has swallowed so many once-great American cities.

But as said above, there is a benefit to the Great Smoking Hole Of Urban Socialism – and that is, if you’re hovering above the hole (as many happy mayors of failed cities do) rather than smoldering in it, you can find the smoke quite pleasing to the nostrils. Particularly on Election Day.

After all, there hasn’t been a Republican mayor in Detroit since 1961. At that time, the Motor City had the highest per-capita income in America, and Detroit was the fourth-largest city in America.

A few years earlier, a different city was in a different state. Hiroshima, Japan, had been the site of the first atomic bomb’s wartime deployment. This was the scene there in 1945…

Fast forward to 2010 – after 50 years of Detroit plunging into The Great Smoking Hole Of Urban Socialism, while Hiroshima embraced a more capitalist model, and an uninformed observer would guffaw loudly at the idea that this wouldn’t be Detroit… 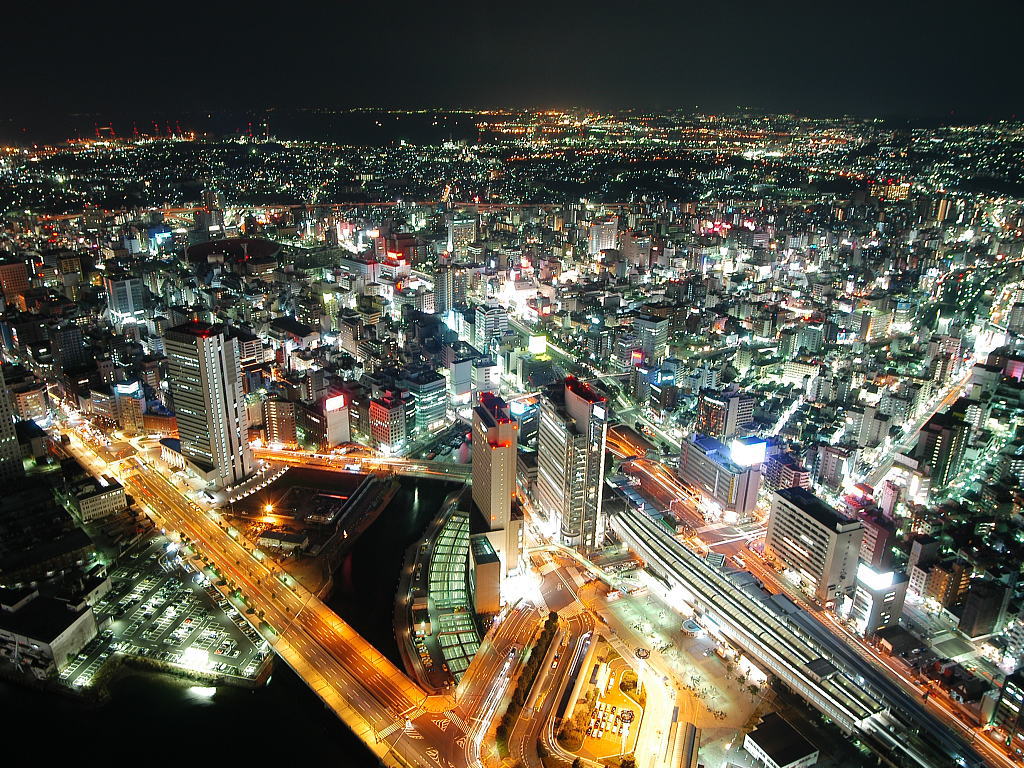 …and this wouldn’t be Hiroshima. 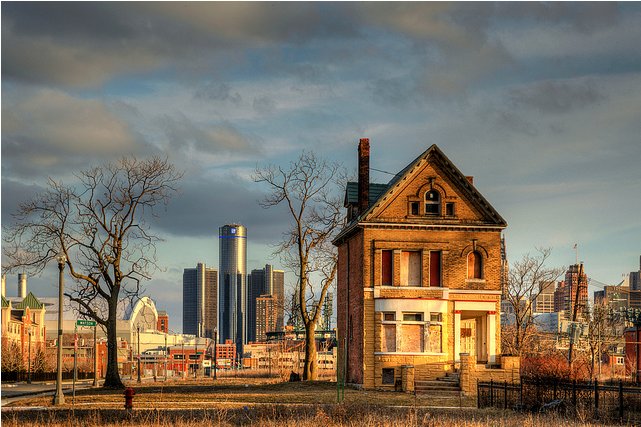 But that’s exactly what has happened. And as the Mackinac Institute noted, Detroit was the scene of every left-wing wet dream come true during its decline…

Imagine a city where all the major economic planks of the statist or “progressive” platform have been enacted:

Baton Rouge has never been a great city as Detroit once was, but we are nowhere near the dire straits that town has descended into. But unless Holden is somehow removed as the mayor-president post haste, it will take far less than 50 years to ruin Louisiana’s capitol city. A declining, overburdened and increasingly expatriate tax base coupled with the growth and increased activism of the city’s impoverished, uneducated and unproductive population will plunge us into The Great Smoking Hole Of Urban Socialism with breathtaking speed, and it must be arrested this fall. If it isn’t, the best advice anyone can offer is to sell at a loss on the way to the bedroom communities of adjoining parishes, and carry a gun in the car when circumstances dictate a trip into the city.

Interested in more news from Louisiana? We've got you covered! See More Louisiana News
Previous Article For Those Who Want Their Kids To Get School Vouchers, Here’s How…
Next Article 5 Things You Might Not Know About Louisiana History