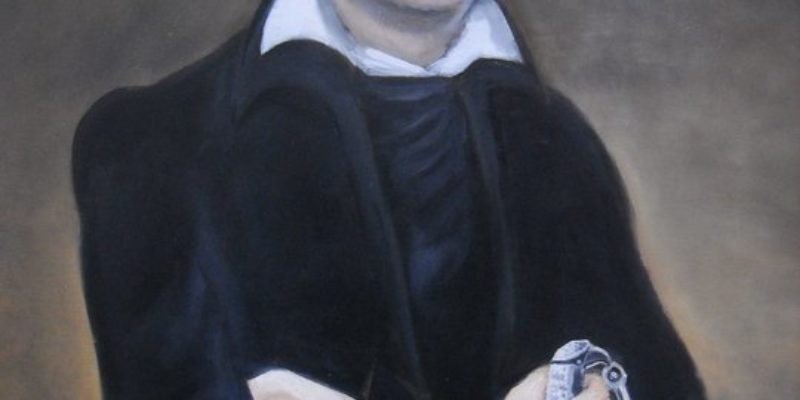 This coming Monday, April 30, marks the 200 anniversary of Louisiana becoming the 18th state. There are some festivities planned over the weekend for the occasion and it gives history buff bloggers like me a change to take to the Internet to celebrate the gumbo that makes up Louisiana’s unique legacy.

These days we look back on the sweet deal that President Thomas Jefferson made in buying the Louisiana Territory for $15 million bucks—less than three cents per acre for the 828,000 square miles it encompassed—and think what a shrewd bargainer he must have been. 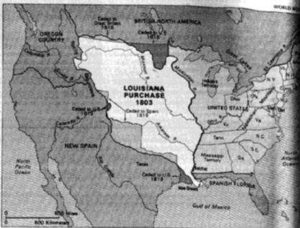 The truth is that when he sent James Monroe and Robert Livingston to Paris to purchase the massive territory that our state and many others was carved from, and for which Louisiana was named, he wasn’t looking to buy it.

He only wanted to buy New Orleans, an important trade port for the United States, for $10 million. The Americans were surprised when Napoleon offered  the whole damn thing for $15 million.

Jefferson had reservations about buying Louisiana and believed that the Constitution didn’t give the U.S. President authority to make the deal. He also thought that doing so would hurt states’ rights by increasing executive power.

The president mulled the thing over and eventually decided that it was too good to pass up and the deal was made before Napoleon, who needed money to keep fighting wars to take over Europe, could change his mind.

Jefferson’s tombstone, at his request, lists what he considered his three greatest achievements—writing the Declaration of Independence, writing the statute for religious freedom in Virginia and fathering the University of Virginia.

There is no mention that he was ever president of the United States or of his greatest accomplishment in office—doubling the size of the country with the stroke of a pen.

2. A lot of people weren’t too thrilled about Louisiana becoming a state:

It might surprise some of the revelers taking place in the festivities this weekend to learn 200 years ago not everyone was happy that Louisiana joined the United States. Some people were really pissed, as a matter of fact. 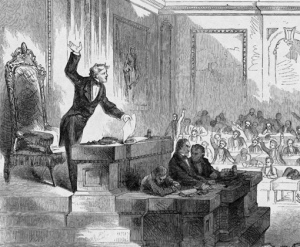 Creoles in Louisiana protested against joining because they felt it would result in them losing their unique French traditions and laws and members of Congress were against it because they felt Louisianians were just too different to assimilate.

Upon debating the bill for Louisiana’s admission into the United States, Rep. Josiah Quincy of Massachusetts went as far as to say that letting those wild Louisianians into the union would mean Civil War.

“If this bill passes, the bonds of the union are dissolved; that the states which compose it are free from their moral obligations and that, as it be the right of all, so it will be the duty of some definitely to prepare for a separation—amicably if they can, violently if they must,” he said on the floor of the U.S. House of Representatives.

Civil War wouldn’t come for another 50 years or so and when it did Louisiana would be leaving the union because of stuck-up Yankees like Quincy.

3. Texas hero Jim Bowie was a bad-ass from Louisiana: 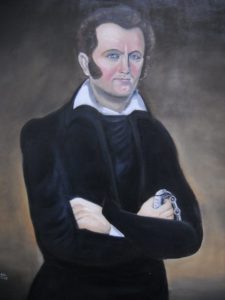 People in Texas like to name stuff after him and lay claim to the famous Alamo hero, but Jim Bowie was reared in Catahoula Parish on the shores of the Black River not too far from where I’m writing this in Concordia Parish.

People around here know all about Bowie, as the Jim Bowie Festival is celebrated in Vidalia each September. I’m surprised, however, when I discover others in my state don’t know he’s from here.

Bowie first became famous for filleting a fellow with his gigantic knife in a duel fought on a Vidalia sandbar on Sept. 19, 1827.

There are other stories about Bowie in these parts and here is one of my favorites:

A couple of out-of-town ruffians had wandered drunk into a church across the Mississippi River from Vidalia in Natchez and were having a bit of fun cutting up. They got so loud and obnoxious that the congregation couldn’t hear a word the preacher was saying.

Suddenly, a man sitting alone in a back pew stood up and walked to front of the congregation and said,”This minister is saying some things that I think everyone needs to hear. Any man that makes another sound throughout the rest of his sermon can meet me out behind the church once it’s over.”

This didn’t impress the drunks much and one belted out, “Who the hell are you?” The man standing in front of the pulpit simply replied, “My name is Jim Bowie.”

The preacher’s voice was the only sound that could be heard throughout the rest of the sermon, as the story goes. Apparently, it’s better to stop cutting up in church than to be cut up after church.

The United States’ celebrated victory over the British in the Battle of New Orleans merited our nation world-wide respect and made General Andrew Jackson a national hero, but it really wasn’t necessary. 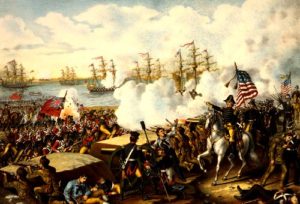 What Jackson and his British adversaries didn’t know is that the war was already over by the time the battle was fought.

The Treaty of Ghent, which ended the war, had been signed across the Atlantic Ocean on Christmas Eve 1814, a couple of weeks before the great American victory took place.

News kind of traveled slowly back then and nobody over here found out until February, when the Brits had retreated from Louisiana and were preparing to invade Mobile Bay.

Imagine how the greatest army in the world at the time must have felt once they realized that they let themselves get shellacked by a hodgepodge of coonasses, Kentucky and Tennessee frontiersmen, former Haitian slaves and pirates for nothing.

It was embarrassing for the Brits, but he victory did wonders for national moral and Jackson didn’t make out too badly either. Old Hickory rode the wave of fame and adulation from the Battle of New Orleans all the way to The White House in 1828.

5. Robert E. Lee shouldn’t have led the Confederate Army, it should have been a Louisiana plantation owner:

Gen. Robert E. Lee is fondly remembered in the annals of American History as the South’s great military leader, but things might have been different had Gen. John A. Quitman—for whom Quitman, Louisiana is named—had not gotten sick at President James Buchanan’s inauguration in 1857. Damn the luck.

Quitman was the most respected military man of his time in the years leading up to the Civil War, even more so than Lee who had served as a captain under him in the Mexican-American War. 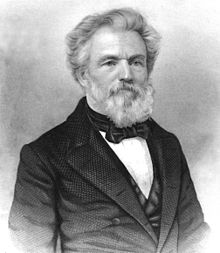 In that war, fought from 1846-1848, Quitman became famous for commanding several victories including the southern assault during the battle of Chapultepec and received the surrender of the citadel within Mexico City. He was appointed Military Governor of Mexico City, the only American to rule from the National Palace.

After the war, Quitman returned to his home in Natchez and served in the Mississippi Legislature and eventually as governor. While his home was across the Mississippi River, Quitman, a planter, held most of his plantations in Louisiana, including Live Oaks, his sugar plantation in Houma.

Unfortunately, Quitman came down with a weird illness called National Hotel Disease while visiting Washington DC for the inauguration of President James Buchanan. The disease inflicted people that stayed at the hotel and drank the water there, which had been tainted somehow. It’s believe it had accidentally been poisoned with arsenic that was being used to kill rats.

Louisiana has been through a lot over the last 200 years. While our state has a propensity to show up on a lot of those bad lists that Gov. Jindal keeps promising to get us off of, no one can top us as being the coolest state in the union. Dat’s fo’ true.

Interested in more news from Louisiana? We've got you covered! See More Louisiana News
Previous Article Three Easy Predictions To Make Now That The CATS Tax Has Passed In BR
Next Article (UPDATED) If Stephen Ortego Is The Future Of The Louisiana Democrat Party…