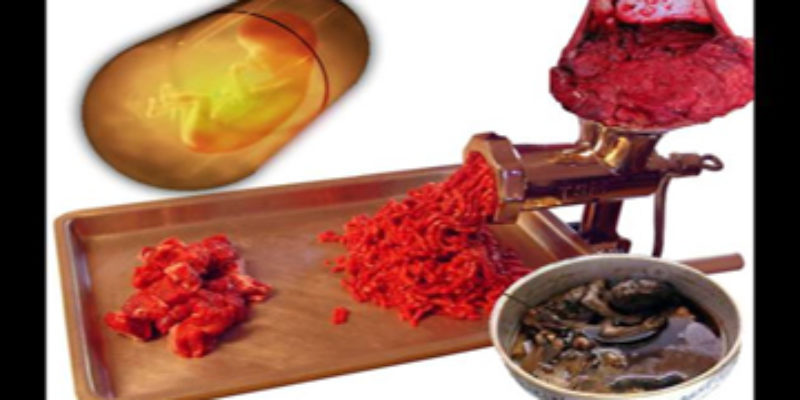 Thousands of pills filled with powdered human flesh have been discovered by customs officials in South Korea, it was revealed today.

The capsules are in demand because they are viewed as being a medicinal ‘cure-all’.

The grim trade is being run from China where corrupt medical staff are said to be tipping off medical companies when babies are aborted or delivered still-born.

The tiny corpses are then bought, stored in household refrigerators in homes of those involved in the trade before they are removed and taken to clinics where they are placed in medical drying microwaves.

Once the skin is tinder dry, it is pummelled into powder and then processed into capsules along with herbs to disguise the true ingredients from health investigators and customs officers.

Naturally, this is supposed to be illegal in China. But the government and the Chinese Communist Party there controls virtually all commerce – so you can imagine how vigorously it’s being prosecuted.

People like Tom Friedman at the New York Times can’t stop gushing about how terrific the Chinese are and how they’re the future.

China isn’t the future. A country which kills babies to make them into stamina pills has no future. China will become old before it becomes rich, and the demographic price of its wicked one-child policy – and the depravity of its people, caused by a lack of freedom – will take it down.

America shouldn’t fear China. America’s challenge is the fiscal irresponsibility and arrogance of our government. That’s what we should fear.