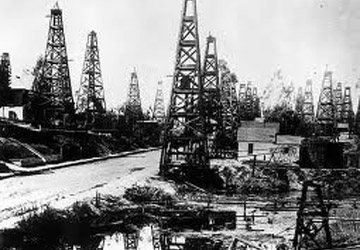 Last February, Louisiana’s Department of Natural Resources issued a report to the Legislature which focused on several issues, but mainly on the timely remediation of contamination of the state’s oilfield sites. That report tracked the history of “legacy lawsuits” which have been filed as well as legislative efforts to assure that the properties are cleaned up to a set of state standards.

It was evident that the most recent legislative attempt, Act 312 of 2006 which set up the process for speedy resolution, hasn’t worked as envisioned by its authors, and over 200 cases still languish in court with no cleanup of the alleged contamination. With this backdrop, this year’s Legislature has been wrestling with the task of bringing together the host of interested parties to speed up the process. Negotiations revolved around competing technical and legal solutions offered by landowners, the oil and gas industry, and the general business community.

Finally, after months of negotiation, a compromise was reached with the assistance of the administration and key legislative leaders. The bills which are now making their way through the process will allow a party to admit responsibility for cleaning up environmental damage according to regulatory standards without admitting liability for any other claims for damages. The Department of Natural Resources will at that point structure a remediation plan to protect the environment, public health, safety and welfare of the state. The plan will be sent to the court as part of the evidence to be considered by the judge and jury. These two features had been thought to be part of the 2006 law, but some of the state’s courts have held that the plan wouldn’t be developed until after the court had awarded damages to the plaintiff.

The compromise sounds simple, far from the tenor of the tense wrangling that has been going on. But it will achieve the three goals which the business community has been promoting throughout the process.

In combination, these three components of the legislation will not only lead to speedy cleanup, but they will also help reduce or eliminate the exaggerated claims that are leading to excessive awards in legacy lawsuit cases. From the state’s economic viewpoint, this benefit will help bring back investment in exploring and drilling for oil in South Louisiana, an area which has languished for the past decade. Investors have simply looked for more attractive and less litigious areas and states, diverting employment and job opportunities away from Louisiana.

What remains is for the Legislature to also agree to the compromise, and in most instances legislators would prefer to vote “yes” to a compromise than to have to take one side or the other. With the clock ticking, the bills must still make it through the process.

Once the Legislature has approved the bills, the governor will be able to put his stamp of approval on the changes. Then the oil and gas companies involved will be able to step up to the plate, admit responsibility for the regulatory cleanup, and take advantage of this new tool that the compromise has offered them.