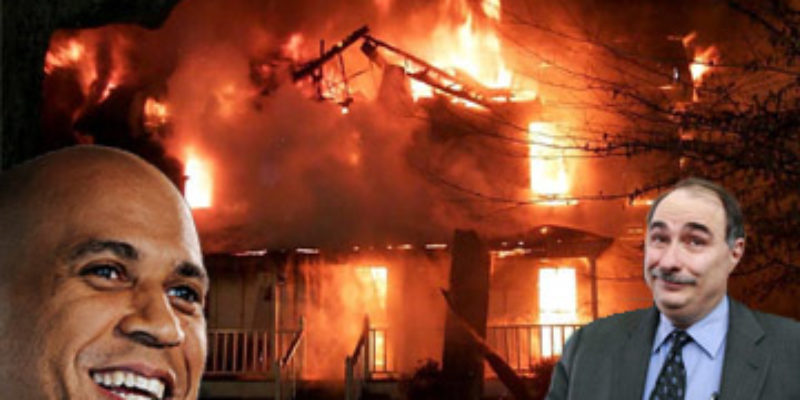 When the opposition can slap together a web ad like this, you’ve officially become dog food. Not usin’ dogs as food, mind you; they already did that. But actual dog food. As in, Alpo.

And the thing of it is that Cory Booker is at least as likable a guy as Obama is. And for him to be put upon like that and thrown under the bus, well… 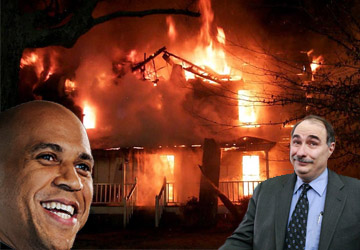 Safe to say these goofballs can’t do much more with their Bain Capital stuff. That horse done keeled over on ’em.

Speaking of, the new hotness is that Ann Romney likes riding horses. She does dressage, which is like equestrian ballet for super-rich people. And of course, because she does, and she spends a roll of cash that could, er, choke a horse, on dressage – that means she’s out of touch.

And never worked a day in her life, dontcha know.

Beating up on the MS victim again. Cuz that worked like a real charm the last time these morons tried it.

There’s another parallel to this one – which is food.

Because while Ann Romney never made one of her ponies ride on the roof, there is this…

Romney, who frequently takes riding breaks as she campaigns with her husband, Mitt, the presumptive GOP presidential nominee, regularly ferries at least one of her horses, a mare called Schone, between Moorpark and Boston. But moving horses can be dangerous as well as costly.

In 2003, a newly purchased horse, Marco Polo, was flown from Germany to Boston, where his container tipped on the runway. The horse tore a hind ligament and spent a year recuperating. But the accident might have been much worse, Romney revealed in her deposition. “Somebody in the container almost got killed we found out later. It was terrible.”

So Mitt almost kills Seamus makin’ him ride on the roof from Boston to Canada, Ann almost kills her horses puttin’ em on cross country planes.

But while that’s fa-sho evidence that the Romneys are just too mean (and Mormon, too, and didja know those mean Mormons whacked a bunch of people from Arkansas before the Civil War?) to occupy the White House, just like the dog business Obama’s all about makin’ a meal out of the critters in question.

By allowing the U.S. Department of Agriculture to resume horse meat inspections, the new law will effectively allow the operation of slaughterhouses in the U.S. that butcher horses for human consumption.  The last U.S. slaughterhouse that butchered horses closed in 2007.  But now, our president wants us to start eating horses again.

Interestingly, during the 2008 campaign, then-candidate Barack Obama said, “Federal policy towards animals should respect the dignity of animals and their rightful place as cohabitants of our environment. We should strive to protect animals and their habitats and prevent animal cruelty, exploitation and neglect…. I have consistently been a champion of animal-friendly legislation and policy and would continue to be so once elected.”  Obama announced that he had co-sponsored legislation to stop the sale for slaughter of wild free-roaming horses and burros, and signed on as co-sponsor to the bill to ban horse slaughter for human consumption. When asked specifically during the campaign, “Will you support legislation …to institute a permanent ban on horse slaughter and exports of horses for human consumption,” Obama gave an unqualified “Yes.”

Guy can’t even stick to a position on Mr. Ed Ribeyes or Trigger T-Bones. And he’s gonna send his minions out to rip Ann Romney for blowin’ big cash on ridin’ horses? Shaddap already.

MacAoidh has pointed this out already a couple of times, but the thing is Obama’s people are idiots. LaBolt, Axelrod, Plouffe, Valerie Jarrett – none of these clowns are worth spit. They’re just a bunch of crooked goats from Chicago who got lucky enough to latch on to a no-name empty suit who had Soros’ money behind him and Oprah’s endorsement – at the same time the Republicans were runnin’ the all-time worst candidate they’d ever sent up. And it happened after eight years of a pretty forgettable Republican presidency that was bogged down in two wars in overseas bungholes, in the middle of a financial Bill-Buckner-at-Shea-Stadium.

Talk about your Perfect Storm, this was it. Of course Obama won under those circumstances.

Reminds me of that football team I heard about one time. They were gettin’ beat 70-0, and the stadium was in a bad neighborhood. There was a gunshot close by, the other team thought that was the referee signalin’ that the game was over with like three minutes left, and they hit the showers.

And six plays later these guys managed to score to make it 70-7 for a final.

Romney ain’t McCain. Which is not to say Romney’s guys would outscore Obama’s guys 70-0 or that Romney’s guys would win the Super Bowl. Then again, so far this looks like it could be 70-0 before it’s over. Because it’s pretty clear Obama’s gettin’ scored on with every one of these things he launches.

After all, he goes home to Chicago and gives a speech at that NATO summit – can’t get a better podium than that for a campaign speech if you’re tacky enough to use it – about how Romney sucked at Bain Capital and it’s cool to say so because Romney’s using that as his calling card, and before that’s even out of his mouth all anybody wants to talk about is how Cory Booker done blowed up his narrative.

And that’s the same deal as how the War On Women turned out once Hilary Rosen chewed up her Jimmy Choo, or how the Seamus On The Roof thing ended up in #DontEatMyDog.

If you’ve got good people, you don’t get your ass kicked like this every day.

Bet they wish they could run against John McCain again. And that Cory Booker would stop tryin’ to help.

Interested in more national news? We've got you covered! See More National News
Previous Article Gingrich On Bain Capital: This Crap Didn’t Work For Me, And It Won’t Work For Obama
Next Article Can A Donkey Change Its Stripes?