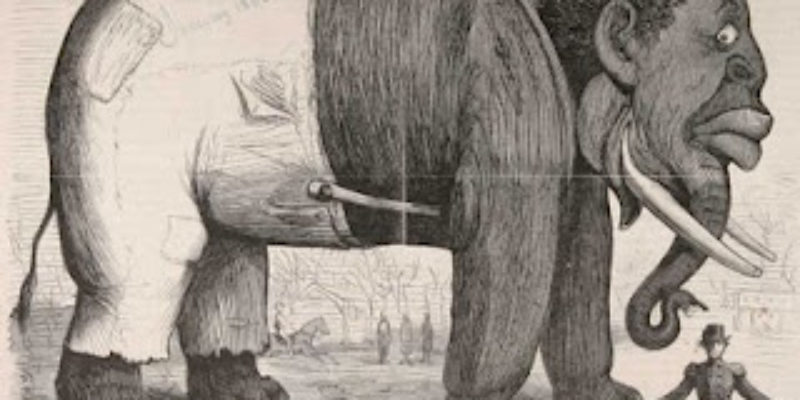 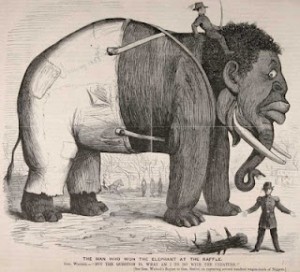 Since its early inception as a political instrument to protect slavery, the Democratic Party has been obsessed with race or, more precisely, with using racism to hold power.

Back in the 19th Century, that meant casting the emerging Republican Party, founded by the abolitionist wing of the old Whigs, as the “negro party” that would lead to riots, racial equality and the eventual intermarrying of blacks and whites.

These were detestable thoughts to racist Democrats well into the 20th Century and the party worked hard to stoke fears and keep black people in what they thought was their proper place—securely on plantations and under the thumb of their superiors.

There is probably nothing as remarkable in the history of American politics as the way a party built on exploiting racial tension against a group of people—even going so far as to found the Klu Klux Klan—now pretends to look out for the best interest of that group.

Democrats, now feeling that their hold on minority voters might be slipping some, are ramping up efforts to scare blacks about clandestine racism in Republican ideas to reign in entitlement spending.

Likewise,white people who might not be on-board with “racial justice” but generally agree with Democratic policies should be instructed that people of color are just as human as they are, according to Maya Wiley of the Center for Social Inclusion

Democrats in the U.S. House of Representatives received training from Wiley last week on the best way to couch Republican policies as inherently racist, whether it’s on purpose or that it’s just that Republicans can’t help themselves.

In training materials obtained by The Washington Examiner, Wiley lets Democrats know that they should take special caution  explaining to whites about racist Republicans. White folks need not think too hard about it—that might complicate things.

She went on to advocate using little stories to help whites understand that minorities can feel pain too—a concept that Caucasians apparently aren’t able to grasp without help:

To that end, Wiley proposed the use of “race explicit” anecdotes to illustrate problems like the economic crisis. “Explain how each racial group is affected (recognize the unique pain of each group), but start with people who are White,” she wrote in her distributed remarks. “Then raise racial disparities.” For example, she offered the line: “Homeownership is the American Dream. It hurts the same to lose your home if you’re White, Asian, Latino or Black.”

Wiley urged Democrats to appeal to “white swing voters while building support among voters of color.” She explained that Democratic outreach to white voters needs to communicate that “people of color are in pain and it’s the same pain I, as a White person, would or do feel. It’s [about] humanizing people of color.”

Wiley, of course, will get a pass from most of the media for the blatant racism in her instruction to House Democrats that assumes that white people are so out-of-touch that they meander through life unaware that people with different skin pigmentation experience the same human emotions.

She won’t get a pass here.

Being so blinded by her own prejudice, it’s easy to understand how Wiley and others of her ilk are able to find racism lurking in any proposal that she feels would limit social services. She probably knows that more white folks in this country, as a whole, benefit from social programs than black people do. Wiley, however, assumes that white people have been so conditioned by a racist society that they think only black people get things like food stamps and welfare checks.

The reason the woman Democrats are relying on to help bring in black votes feels this way is because she, like most Democrats, is obsessed with race and, by definition, a racist.

In keeping with the way she sees the world, Republicans like Newt Gingrich and Rick Santorum are sending out coded messages to whites when they talk about Obama as “the food stamp president” and Democrats using government handouts as economic policy instead of removing obstacles that lead to job creation:

As samples of race-coded rhetoric, Wiley reminded the Democrats of statements by Republican presidential candidates Rick Santorum and Newt Gingrich. Of Gingrich’s famous comment about President Obama, her distributed remarks note, “Calling a Black man ‘the food stamp president’ is not a race-neutral statement, even if Newt Gingrich did not intend racism.”

But the threshold for what constitutes racially charged messaging is not always so high. One of Santorum’s cited comments was: “Give them more food stamps, give them more Medicaid is the administration’s approach, rather than creating jobs.” She also cited this comment from House Majority Leader Eric Cantor, R-Va., about raising taxes to fund government programs: “I’ve never believed that you go raise taxes on those that are paying in, taking from them, so that you just hand out and give them to someone else.”

Democrats are able to get away with inviting people to meet with congressmen to educate them on the best way to divide the country along racial lines because Republicans have done such a poor job educating voters about the true history of the parties. 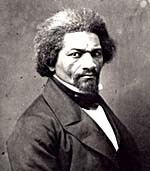 It’s been hard to get the word out with a complicate media and academia carrying the Democratic line for so many years that they are the party that has traditionally stood up for blacks when the opposite it true.

Fredrick Douglass who once said, “I am a Republican, a black, dyed in the wool Republican, and I never intend to belong to any other party than the party of freedom and progress,” has got to be turning flips in his grave that the work continues to keep blacks from straying from the Democratic plantation.

He might be happy to learn that the Democratic deception of the party’s history with black people is starting to unravel, thanks to more people using the Internet to uncover the truth and, in part, to people getting fed up with the party overplaying the race-card to stay in power.

Here is the Democrat’s real race record that people like Wiley will never admit: