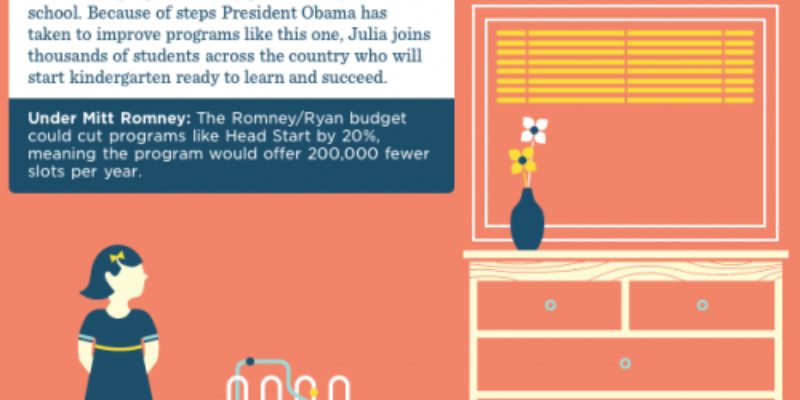 By now, many of you might have heard about the “Life of Julia,” a little slide show that the Obama campaign has created to appeal to women voters. The protagonist of this little tale is Julia, who we travel with nearly from cradle to grave as she reaps the rewards of the president’s policies that Mitt Romney would do away and destroy an otherwise happy life.

While the story is a valiant effort by the Obama people, I felt it might not appeal strongly enough to the type of female voter that the president is trying to target.

I was also troubled by the ending. We leave Julia at 67, when she retires. I’m sure the old gal has a least a few more good years left in her.

Also,  we follow Julia through 64 years of her life and all this time she is living “under President Obama.” That didn’t make sense to me. Why is Obama around so long and what becomes of him—the true hero of the story?

To tie up a few of these loose ends, The Hayride has tweaked the story some in…

The Life and Death of Julia 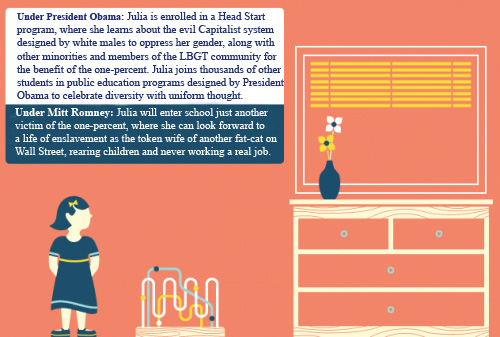 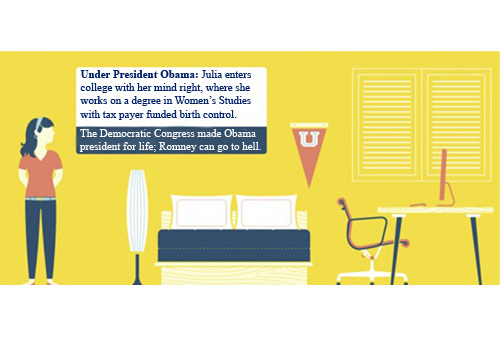 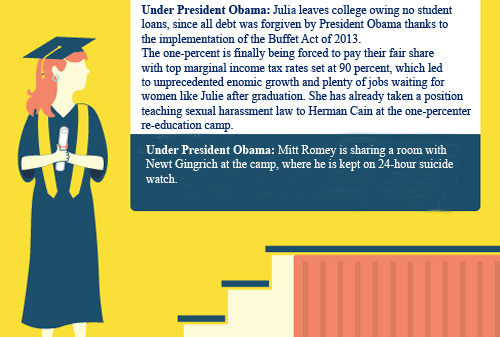 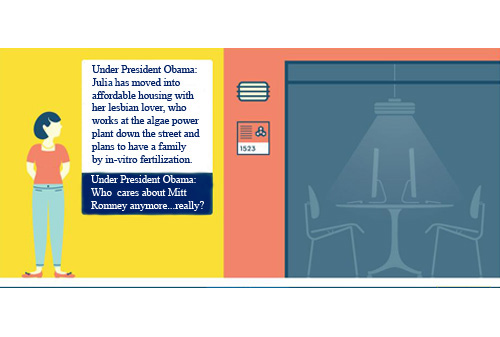 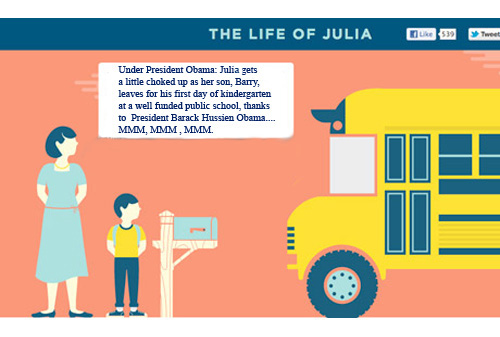 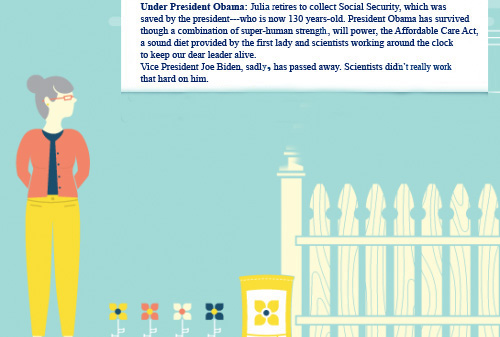 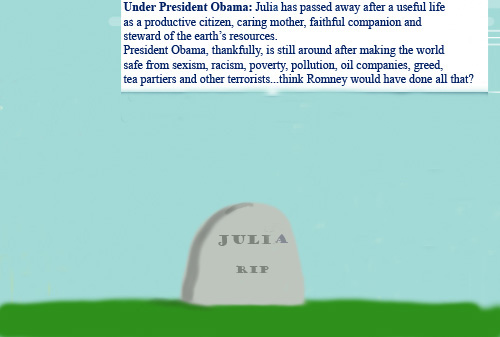 The Obama camp can do whatever they want with this revised addition, which I believe gives the story a depth that was lacking. I can’t wait for the sequel, when Obama raises Julia from the dead—he could do it, ya know?