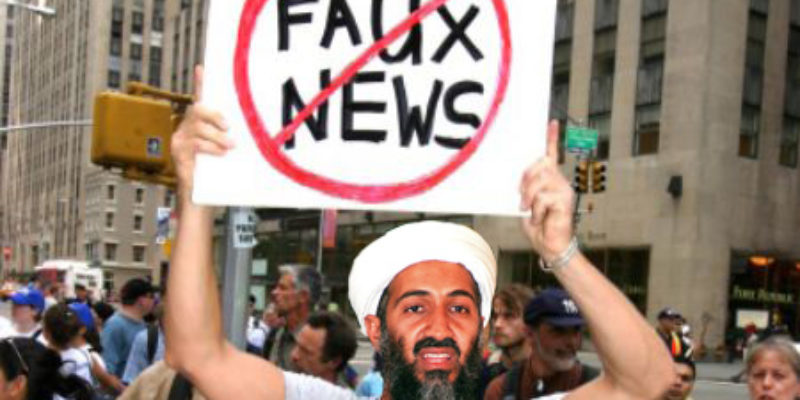 Here is something for you lefties to consider—if your favorite news channels and hosts were also on Obama Bin Laden’s must-see TV list, you just might just be on the wrong side of history.

A memorandum made public by the U.S. military shows that Bin Laden was fan of channels that spew leftists propaganda on a regular basis—especially CBS, which he concluded was “close to being unbiased.”

Bid Laden and his terrorists buds also liked of MSNBCs—-you know the channel that has its news written by George Soros funded Media Matters for America, which colludes with the Obama Administration—but were pissed when the cable news channel fired host Keith Olbermann. 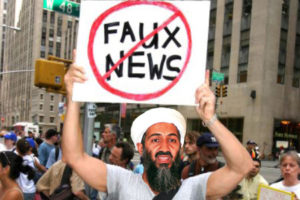 “I used to think that MSNBC channel may be good and neutral a bit, but is has lately fired two of the most famous journalists – Keith Olbermann and Octavia Nasser the Lebanese,”  Adam Gadahn,  al-Qaeda member born in the U.S., wrote Bin Laden while plotting which news channels would be best to send their propaganda to.

Al-Qaeda, as could be expected, hated Fox News.

“In general, and no matter what material we send, I suggest that we should distribute it to more than one channel, so that there will be healthy competition between the channels in broadcasting the material, so that no other channel takes the lead. It should be sent for example to ABC, CBS, NBC, and CNN and maybe PBS and VOA. As for Fox News, let her die in her anger,” Gadahn wrote.

Like many on the left, he complained that Fox News wasn’t living up to it’s fair and balanced promise and “falls into the abyss as you know, and lacks neutrality too.”

Sounds like Al-Qaeda and their guy Olbermann pretty are in lock-step with their opinion of Fox News:

It’s worth pointing out that the official reason that MSNBC canned Olbermann was for contributing to the campaigns of Democrats. I think a more honest reason why they let him go is that his ratings really sucked. After MSNBC, Olberman found a home on Current TV, another leftist channel, and was fired there too.

Detesting Fox New was not the only thing thing that al-Qaeda and Olbermann have in common. Bin Laden was also deeply concerned about global warming:

“This is a chance to explain our motives for continuing the war. The wise people would tell you to give people their rights in order to be able to focus on other vital issues such as global warming. They have the option to stop the war, but we do not have any option, except to defend our nation. This is a conflict between the biggest cultures in the world at a time when the climate is changing rapidly,” the man who masterminded the death of thousands of Americans on our shores wrote.

It’s revealing how much leftist thought and terrorists line-up—which news sources they trust most, Palestinian statehood and even global warming, to name a few.

Does this mean that the left is comprised of complete nut-jobs that condone killing innocent men, women and children? Nope. It simply means that much of the propaganda they embrace is accepted by this country’s greatest enemies, who would like nothing more than to bring the United States and the Western World their knees. It’s very revealing and, as stated at the beginning of this post, should give progressives pause for reflection.

When the history books are finally as they should be–considering this country survives it’s enemies and home and abroad—leftists will be remembered by the company they kept.

Interested in more national news? We've got you covered! See More National News
Previous Article The Life (And Death) of Julia
Next Article Is Anderson Cooper Trying To Get A Gig On Fox News?