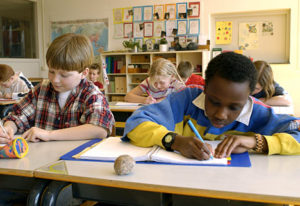 Last week, after the Louisiana Department of Education released its list of schools participating in the Student Scholarships for Educational Excellence Program (SSEEP), I called a lady I know in another town.

She’s a single mother with two children in seperate public schools who gets by on a meager income. Both of her kids are doing well in school—she is rather good at cracking the whip—but both attend schools with LDOE rankings low enough to qualify them for vouchers.

She’s somewhat  pleased with the school her younger child attends, but thinks her older child’s school is too big and has a lot of bad elements. This mom wants the best for her kids, as all parents should, and was interested in applying for vouchers.

I called to let her know that only two schools in her district would be receiving voucher students. She was disappointed because she wasn’t very familiar with either and was hoping that schools she knew better and knew to be good schools would appear on the list. She said she would look into the schools, however.

I gave her another call this morning to see how things are going.

She told me she had visited the schools and found problems with both. She really liked the school that her older child would get to go to if she received a voucher, only it’s a little too far for her to have to drive. She’s undecided if the school her younger child might get to attend, which is much closer, is any better than the public school she is in now.

She filled out applications for both schools to see what might happen with the realization that neither of her kids might win in the voucher lottery. If they do, she knows that she will be the one to make the ultimate decision about what’s best for her family.

“At least I have options that I didn’t have before,” she said.

It’s good to have options, something that many lower income parents with kids in failing public schools in Louisiana haven’t had enough of for far too long.

Something that was particularly annoying throughout the debate leading up to the passing of the voucher portion of Gov. Jindal’s school reform was the notion that parents are too uniformed, or maybe just too stupid, to know what they might be getting their kids into by using vouchers. I never understood the thinking behind this and still don’t.

Parents who would take to time to apply for vouchers are obviously interested in doing what’s best for their children. Like the lady I know, they will use whatever tools available to see that their kids get the best education they can.

They will weigh options and decide the best path to take. The more options there are the better off their kids are, it’s that simple.

Those who have been against the voucher option from the start believe they have caught Jindal and Education Superintendent John White in something of an “Ah-ha” moment with recent stories The News Star has run about New Living Word School out of Ruston. 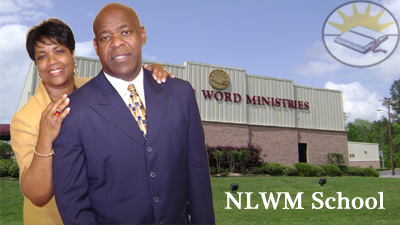 New Living Word is a parochial school that told the state that it would be able to accommodate 315 new students through the voucher program and got approval to do so.

If the school were to get that number of new students, it would make it the largest recipient of voucher students among schools in the program’s expansion.

The school, which currently has 120 pupils, can’t really accommodate the increase in student—it doesn’t have the classrooms, teachers or computer to do so.

Rev. Jerry Baldwin, who runs the school, hopes to use the voucher program as a vehicle to grow it. He says that construction will soon start on new 12,000 square-foot facility and that the school is working to hire additional teachers. Baldwin is counting “on faith” to expand the school.

Actually, what’s going on with New Living Word Church shows that the voucher system is working just as it’s supposed to we should  hope he makes lots of money and grows his school as much as possible.

While the school’s initial request for 315 students was accepted, it’s important to remember that not one penny of state money has yet to be given to the school through the voucher program.

Before the school gets any voucher money—the same money that would be spent on a student in a public school—a few things have to happen.

Superintendent White explained to a Senate committee on Wednesday that schools receiving larger numbers of voucher students would have to go through an additional review process to conclude how many students would be admitted through the program. Moreover, the school will have to undergo more critical scrutiny before the first voucher student walks through its doors—parental scrutiny.

Baldwin could ask for ten times as many voucher students, but he won’t be getting any if parents see that he isn’t able to provide them with an education better than public schools can.

He will be needing more than faith to be successful–he’s going to need results.

With all due respect to Senate and Governmental Affairs Committee Chairman Jody Amedee, R-Gonzales, who reportedly said “ This is an example of why I had reservations on voting on vouchers. We can’t let this turn into just a money-making scheme. It seems like they’re doing this just for the vouchers,”  schools participating in the voucher program are doing so to make money. That’s the way it’s supposed to work and there’s nothing wrong with that.

They might love kids—but private schools exist to make money.

For schools to make money off voucher students, they are going to have to be competitive and are going to have to provide a better education than their public school counterparts. If not, parents won’t send their kids there, whether they are doing so through vouchers or by paying out of pocket.

If private and parochial schools fail in the free market, they will shut down. Failing public schools are propped up by tax dollars where they can keep failing perpetually. Baldwin has ambitious plans to grow his school, but it’s going to be nothing more than a pipe dream if students are under served. He will fail and deserve to fail.

If he succeeds, others will follow his lead and the voucher program will expand, giving more options to students stuck in failing school throughout Louisiana.

Let’s wish him luck. Not for his sake, but for the sake of Louisiana’s children.

Interested in more news from Louisiana? We've got you covered! See More Louisiana News
Previous Article NO SURPRISE: Despondent House Fiscal Hawks’ Numbers Whittling Down
Next Article The New Living Word School Kerfuffle Is An Education In Itself