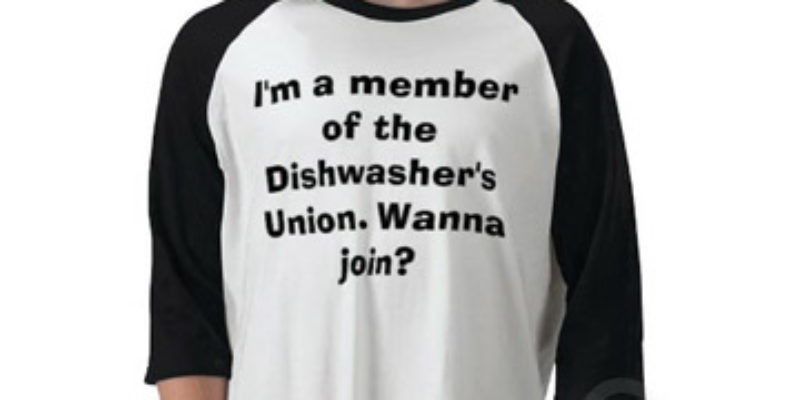 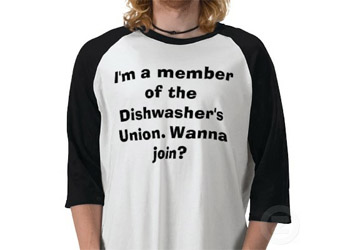 We talk a lot about the evils of public sector unions here at the Hayride, and when we’re challenged on our position that they shouldn’t exist we merely mention that we’re with FDR on the issue.

That doesn’t mean we think private-sector unions shouldn’t exist, though – the market has the ability to regulate private sector unions engaging in destructive behavior, and it has done so quite effectively.

Naturally, of course, those unions are constantly trying to rig the game in their favor. And in this current administration the unions have the best ally in doing so they’ll ever have.

If you’re looking for evidence of this, try micro-unions on for size. If you’ve never heard of a micro-union before, it’s a name for a practice by which a portion of a company’s workforce sharing a job title can opt to unionize while the rest of the workforce opts not to.

It sounds laughable, but Obama’s National Labor Relations Board actually endorsed the practice…

In a recent elections case, the Retail, Wholesale and Department Store Union petitioned to represent 42 of Bergdorf Goodman’s 372 sales associates working in the company’s Fifth Avenue store, that is, only those associates who sell women’s shoes. The employer sought a larger unit, either a store-wide unit or a unit of all its sales associates. The Board’s Regional Director (RD) sided with the union. Why? Because the employer’s other sales associates sell merchandise other than shoes.

According to the RD, although “all sales associates work toward a common goal of selling merchandise, the women’s shoe department has the unique goal of selling shoes in particular.” She explained that sales associates in the other departments do not have prior shoe sales experience and “[i]f a shoe is not sized appropriately for a customer, discomfort and possible knee, back and other physical could result.” Although the RD cited a few additional differences between the 42 sales associates and the store’s remaining sales force, they were minor when compared with the community of interest all the sales associates shared —including the same hiring criteria, common supervision, the same hours and working conditions, the same benefits (health care, vacation and holiday pay), the same evaluation criteria and even a common cafeteria. The RD conceded as much. She said that “an over-all unit including all the Employer’s sales associates might be an appropriate unit.” Might be? It would be an appropriate unit under long-standing Board law, it simply was not the unit sought by the union.

Some 50 years of labor law says otherwise, but law and proven practice has never particularly mattered to the Obama administration.

The establishment of micro-unions comes as a result of an NRLB decision last year allowing unionization by job title, and there’s a bill in the Senate with at least 29 co-sponsors – one of them being Sen. David Vitter (R-LA) – which would overrule the NLRB and bring unionization back to what it’s typically been. Namely, an issue between management and labor.

As in, there’s management, and then there’s a union which represents the employees.

Micro-unions would mean there’s management and then there are unions all over the place representing any tiny group of people who share a job description at the company in question.

Think about how asinine this thing could be. Let’s say you own a restaurant, and the three minimum-wage stoners who wash dishes in the back decide they want to become the Dishwashers’ Union. Now, these clowns almost never show up for work on time. They cop an attitude when they’re asked to actually do their jobs. They’re always in the alley lighting up. And there’s constant turnover as they get arrested, move away, quit or get fired.

And those stoners – the three of them who happen to actually show up for work, that is – walk into the manager’s office one day and say they’re now a union, and demand collective bargaining. They want to demand better equipment, they say they’re going to go on strike unless they’re raised to $10 an hour, they need unlimited smoke breaks, they want to ban drug testing despite the fact it’s obvious they all regularly smoke weed, they want health insurance and they want a grievance process so that they can’t be fired willy-nilly.

Which means that the majority of workers out there would laugh at the idea of joining a micro-union. The workers who don’t are the ones who suck at their jobs.

This isn’t the autoworkers or Teamsters, mind you. This is women’s shoe salesmen at Bergdorf-Goodman. What happens when those people decide to go on strike? It hurts the people who work in women’s clothing, women’s coats, the perfume counter and so on. If a strike closes down or creates chaos at the ladies’ shoe department at Bergdorf’s, the women will then go to Bloomingdale’s to escape the commotion. And that means the majority of the workers at the store will suffer because of the idiocy of a few.

Sen. Johnny Isaakson (R-GA), who authored that Senate bill back in November to fight micro-unions, had this right…

The labor board seems to have run amok as far as I’m concerned. Micro unions in any place of business cause discord and are a way to upset an organization that otherwise is not upset. There is not a problem as far as unions being able to organize, but there is a huge problem in that the labor board continues to try to overturn decades’ worth of labor laws that have served us well in order to tip the scales in favor of labor unions. The recent decision at Bergdorf Goodman is an example of the labor board’s doing through regulation what we ought to be doing through legislation on the floor of the Senate.

A little video from the Senator…

Those aren’t hard questions. And yet an administration with one of the worst economic records in modern history either can’t seem to answer them, or doesn’t care.

Isakson’s bill needs to pass the Senate, and the NLRB needs to be reined in. In a competitive world economy with market share and profits harder to realize now than almost ever before, something this stupid should not be allowed to survive.

UPDATE: This morning is a rather big deal, as the Senate Appropriations Committee is conducting a hearing which started at 9:30am CT on the micro-union issue, among other things, and at some point in that hearing they are going to vote on Sen. Graham’s amendment calling for Congressional action against the National Labor Relations Board’s use of micro-unions.

Among the Senators on that committee is Mary Landrieu, who is seen as a swing vote. If Landrieu goes with the Democrat Party position, you can bet she’s going to catch hell for that vote.

Meanwhile, the Workforce Fairness Institute, who has been the most prominent group fighting against the formation of micro-unions, has a video out with yet another take on the now-infamous “private sector’s doing fine” gaffe from last week in the context of the micro-union debate.

UPDATE #2: It seems Landrieu voted against Graham’s amendment and in favor of the NLRB’s moving forward on micro-unions.

The vote was 15-15, and the amendment failed. Landrieu was the deciding vote.