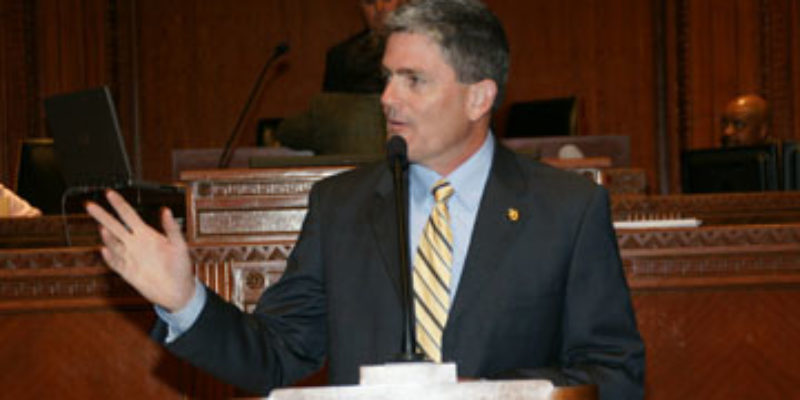 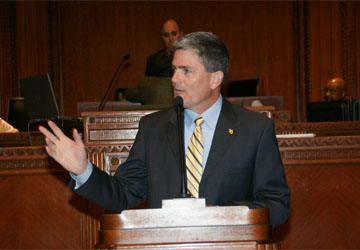 From a press release just out this afternoon, Rep. Brett Geymann (R-Lake Charles), one of the foremost fiscal hawks in the Legislature, is resigning his position on the House Natural Resources committee…

State Representative Brett Geymann (R – Lake Charles) has resigned from the Natural Resources Committee of the Louisiana House of Representatives to focus on budget reform full-time as a Member of the Appropriations Committee. Geymann is also surrendering an apartment in the Pentagon Complex.

“I will also give up the Pentagon Complex apartment so that there will be no confusion regarding my priorities for the rest of the term” Geymann continued. “I look forward to continuing a robust and open dialogue with leadership, and the Administration, on the core budget reform issues that are critical to a healthy and growing Louisiana for our families and businesses” Geymann concluded.

Representative Geymann notified the Speaker by a formal letter of resignation.

Geymann’s seatmate Jim Morris (R-Oil City) was stripped of his position as the Vice Chairman of the Natural Resources Committee just last week, in a move which generated a good deal of controversy. Critics of Gov. Bobby Jindal and House Speaker Chuck Kleckley saw Morris’ demotion to the back bench as an example of the governor’s vindictiveness. But Kleckley denied today that he had anything to do with Geymann’s resignation from Natural Resources today.

Interested in more news from Louisiana? We've got you covered! See More Louisiana News
Previous Article (Updated) Who’s Intimidating Who In The Recall Effort, Again?
Next Article What’s With The High Popalorum And Low Popahirum On The Front Page?