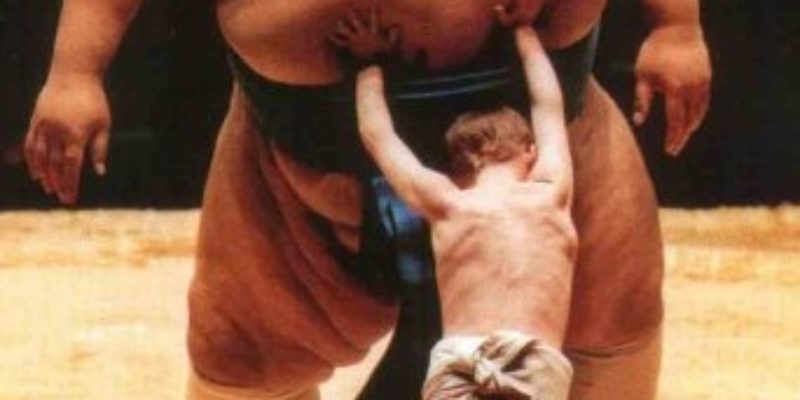 Updated: As predicted, the state GOP are asking the Louisiana Ethics Administration Board to investigate leaders of the recall effort for not filing campaign financial reports, as required by law.

The Republican Party of Louisiana put this out today:

Ninety days after officially filing recall petitions with the Secretary of State’s office, recall leaders have failed to produce the proper campaign finance reports, in adherence to Louisiana ethics law.

Louisiana law states that “any person, including a political committee, who receives and accepts any contribution, loan, or transfer of funds, or makes any expenditure in support of or in opposition to the recall of a public officer shall be required to file reports of such contributions and expenditures (LA R.S. 18:1486A(2)).” The campaign finance law goes on to require a finance report be filed “not later than the forty-fifth day after the official filing of the copy of the recall petition with the secretary of state…if the aggregate amount of contributions, loans, and transfers of funds received and accepted or expenditures made equals or exceeds two hundred dollars at any time during the aggregating period (LA R.S. 18:1486B & C(2)a).”

“They’ve purchased ads in Lagniappe magazine alone exceeding $1,000, billboards, yard signs, T-shirts, and other campaign materials, but have not disclosed who is funding these divisive efforts as required by Louisiana law,” said LAGOP Executive Director Jason Doré. “The recall leadership is also paying to retain Kevin Shanon to run their statewide efforts, which has touted a great success so far. However, we cannot confirm this because they have not released the exact number of signatures, nor returned the public records request we filed last Friday.”

Bonvillain has also indicated she will refuse to disclose the number of signatures or make the signed petitions available for public review despite a state law which reads, “Upon the signature of the first elector, the recall petition, including the name, address, and signature of each elector who has signed thereon, shall be a public record. The chairman, or the vice chairman when acting as the chairman, shall be the custodian thereof (LA R.S. 18:1300.5B).”

“Given the secrecy of these groups, we felt it was necessary to shine light on these efforts by making last week’s public records requests,” Doré said. “We will not stand idly by while union leaders and their allies abuse the recall process for political purposes by attacking those who supported reforming Louisiana’s broken public education system.”

Today, the Republican Party of Louisiana is sending an official request the Louisiana Ethics Administration Board asking them to investigate the recall leaders failure to file campaign finance disclosure reports in accordance with LA R.S. 18:1486.

It should be noted here that the recall leaders don’t have to produce copies of the signed petitions by tomorrow. They are only required to respond to the FOIA requests by tomorrow with their plans to produce the documents within a reasonable time limit, if they are going to follow the law. I wouldn’t hold my breath waiting for them to follow the law, however.

In the topsy-turvy world of leftist logic, progressives typically accuse their enemies of whatever shenanigans they are up to.

It would almost be funny—if it wasn’t so despicable and threatened to cost taxpayers as much as $6 million —that those trying to recall Gov. Jindal and members of the Louisiana House of Representatives who supported his education reforms are accusing Republicans of picking on them.

“They are trying to intimidate us. It’s like David and Goliath, and Goliath complaining that David has a slingshot. They are trying to use their influence to intimidate us and everyone else around,” said Angie Bonvillain, one of the organizers of the recall petition drives to remove Jindal and House Speaker Chuck Kleckley and now Reps. Greg Cromer and Kevin Pearson from office.

The Republican Party of Louisiana, which filed public records requests to be able to review signatures on the petitions and is saying that those leading the drives should disclose who is financing them, are the ones intimidating people? Really?

I guess that hundreds of red-shirted teachers union members gathering at the state Capitol during the education reform debate threatening to recall politicians—a-la Scott Walker— who didn’t walk their line wasn’t intimidating in the least.

Here is Louisiana Association of Educators President Joyce Haynes back at the March 15 rally, flanked by teachers joking about flipping Jindal the bird before breaking into a chant of “recall Bobby”:

At a later rally, which the Louisiana Federation of Teachers picked “Total Recall 2012″ for a theme, LFT President Steve Monaghan said the word “recall” about 30 times in a 10 minute speech.

Monaghan uttering “recall” once every 20 seconds in a single speech outside the Capitol as lawmakers were debating education bills inside wasn’t an effort to intimidate them at all—-the guy is just a huge Schwarzenegger fan, ya know.

Here he is, edited for your sanity as well as for a good laugh:

I certainly don’t begrudge these teachers—many of which ditched students preparing for LEAP exams—for gathering at the Capitol to bully lawmakers, even though I disagree with them. It’s their right to do so, but using the threat of recall elections to try and get politicians to vote the way they would have them is blatant intimidation.

To accuse the other side of intimating them after going ahead with recalls is preposterous.

If they have a problem with what politicians do in office, work to get them out when the normal election cycle comes around by running and supporting viable candidates against them. Since Democrats haven’t been able to do that much lately, they threaten Republicans with recall elections—a special election, in Jindal’s case, that the Secretary of State says would cost us about $6 million.

Since the specter of recall elections was first raised by teachers unions, which are also suing to get education reforms thrown out, wouldn’t it be nice to know how much money unions and the Democratic Party is pitching into the the recall effort?

“The recall organizers refusal to follow the law shows they are willing to do anything to accomplish their radical leftwing agenda. What are they hiding? Why won’t they show where the money is coming from and how they are spending it? We’ve seen what the unions did in Wisconsin and we will do all we can to prevent that from taking root in Louisiana,” Louisiana Republican Party Executive Chairman Jason Doré told me this morning.

Well, the law stipulates that financial disclosures have to be filed–the first due 45 days after starting a recall petition— ” applicable only if the aggregate amount of contributions, loans, and transfers of funds received and accepted or expenditures made equals or exceeds two hundred dollars at any time during the aggregating period; except that, with regard to expenditures made in support of or in opposition to a proposition or question submitted to the voters by a person who is not a candidate or a member of the principal campaign committee of a candidate or of a political committee, these requirements shall be applicable only if the aggregate amount of expenditures made equals or exceeds one thousand dollars.

Petition organizers say that they are in the clear…

“This is strictly grass roots, no union money, no Democratic Party money. It’s a lot of word-of-mouth. We have been talking to the secretary of state’s office and campaign finance people making sure we are adhering to that,” Brenda Romero, chairman of the Kleckley recall drive, told The Advocate.

Are we really supposed to believe that the aggregated amount received and spent on recalls—-a state-wide one in Jindal’s case—-is less than $200? For the Ethics Board to look into it, however, the Republican Party or someone else would have to submit a complaint. 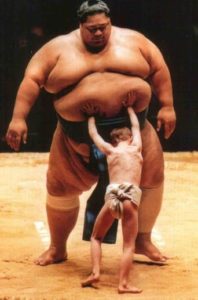 I would imagine that’s coming soon and those behind he recall will characterize it as just another example of intimidating sweet little “David,” casting stones at “Goliath.”

To recall Jindal, a guy that was re-elected with 66 percent of the vote, roughly 955,000 voters would have to sign petitions by Sept. 19—six months after the recall drive started.

About 9,000 signatures—one-third of voters in his Lake Charles district— are needed for a recall election of Kleckley by the same time and about as many is needed for the other two House members in the fall who are up against recalls.

It’s doubtful those behind these petitions will be successful in removing anyone from office, especially the governor. Back in 2010, about 908,000 signatures were needed for a recall election for Jindal and only 55 were collected.

I must have not been paying attention in back Sunday School when it was explained that David was dancing around, waving his middle finger at  Goliath before starting a fight in which he got walloped.


Interested in more news from Louisiana? We've got you covered! See More Louisiana News
Previous Article Turns Out There Are Consequences To Voting Against Jindal…
Next Article Geymann Resigns From House Committee