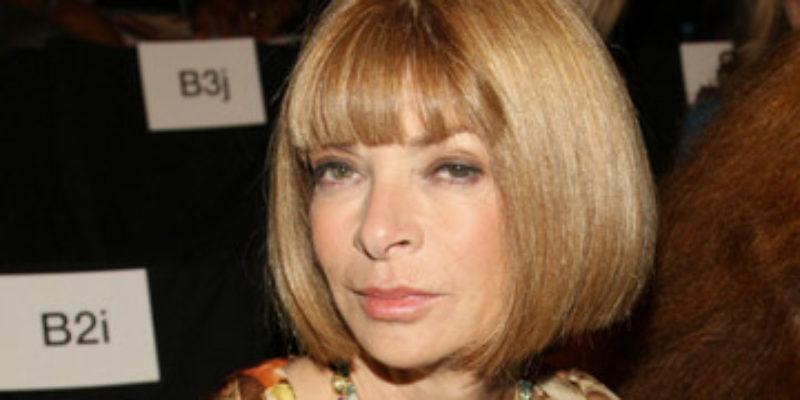 Obama’s people aren’t any good, because if they were they wouldn’t have cut a web video of Vogue magazine Anna Wintour, who was the inspiration for Meryl Streep’s uber-bitch character in The Devil Wears Prada, warbling in her upper-crust English accent with an Obama 2012 scarf on that would allow the RNC to pop this out…

Using Anna Wintour to create snob appeal in favor of the president, while at the same time trying to make Mitt Romney out to be out of touch because he spent his own money on a car elevator, is not evidence of a smart campaign team.

But it appears Sarah Jessica Parker wasn’t interested in promoting the event in a web ad. Because it’s impossible to believe the Obama crowd really thought getting Anna Wintour out front was a better idea.

So far it appears the Republicans have their act together this time around. That David Axelrod faceplant in Boston in which Romney’s staffers showed up and heckled him into distraction, happening at the same time Romney popped up at Solyndra headquarters for a press event of his own, is such a glaring reversal from the somnambulent John McCain campaign four years ago as to shock the system.

The Obama people assumed they’d be running against McCain again. They’re not, and it shows.

The real question is how McCain got to be the nominee in the first place. Anybody else wins the GOP nomination in 2008 and Obama would still be voting present in the Senate.

Interested in more national news? We've got you covered! See More National News
Previous Article Now THIS Is Entertaining – Dems To Require Photo ID At Convention
Next Article Obama’s Biggest Problem Is That He Talks Too Much