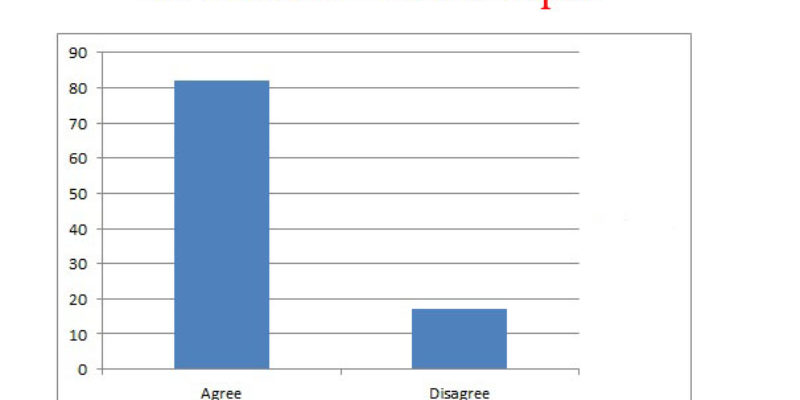 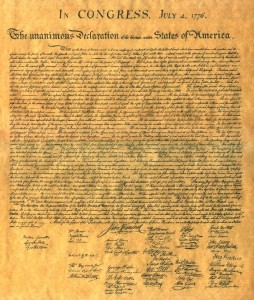 Tomorrow we will commemorate 236 years since 56 men gathered at the Pennsylvania State House in Philadelphia—what we now call Independence Hall—to send a “Dear John” letter to George III of Great Britain.

The break-up ignited more than a bloody war (actually, the war had been going on for months before the Declaration of Independence was signed,) it also set a fire that enemies of liberty are still trying to smother. The blaze is our national creed that people can govern themselves, instead of having to be governed by their supposed betters.

It was a controversial notion in 1776 and remains so today. As Thomas Jefferson—the Declaration’s author—later put it, the world is divided into two types, “Those who fear and distrust the people, and wish to draw all powers from them into the hands of the higher classes and those who identify themselves with the people, have confidence in them, cherish and consider them as the most honest and safe, although not the most wise depositary of the public interests.”

In case you had any doubt, the current occupant of the White House—along with much of the ruling class—is of  the former type. Like the porker Napoleon in George Orwell’s Animal Farm, “He would be only too happy to let you make your decisions for yourselves. But sometimes you might make the wrong decisions, comrades, and then where should we be?”

Winds are blowing hard on the flame of liberty these days—there’s been a recent gush from the direction of the U.S. Supreme Court—but how bright does the fire still burn in the breast of our countrymen so many years removed from these words being etched in our founding document?

We hold these truths to be self-evident, that all men are created equal, that they are endowed by their Creator with certain unalienable Rights, that among these are Life, Liberty and the pursuit of Happiness. — That to secure these rights, Governments are instituted among Men, deriving their just powers from the consent of the governed.”

A new poll from Rasmussen Reports reveals that most of us still overwhelmingly agree with these tenets, albeit, to varying degrees when parsed.

Let’s break it down, with some graphs we made using the data.

How many heading into Independence Day 2012 believe that “all men are created equal?”  Eighty-two percent, with 17 percent believing otherwise and one percent undecided, according to a national survey of 1,000 Adults conducted on June 24-25: 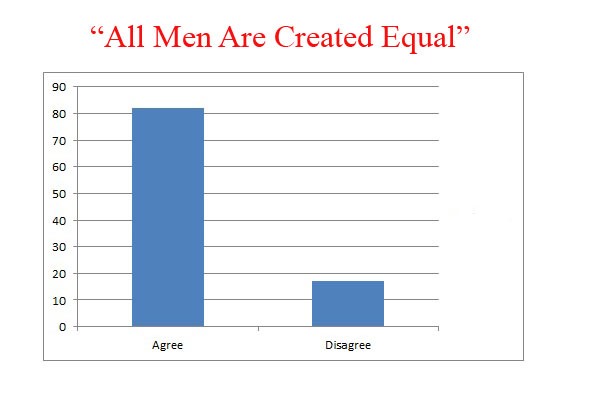 Pretty good, as long as this tenant of equality is understood as the Founding Fathers did—meaning equality under the law and not the equality of outcomes that progressives have perverted the understanding to be for many.

Moving on to the tenant that we are endowed by our Creator “with certain unalienable Rights, that among these are Life, Liberty and the pursuit of Happiness,” we nearly all agree, with 94 percent of us giving this statement from the Declaration a “thumbs up” and just four percent a “thumbs down”: 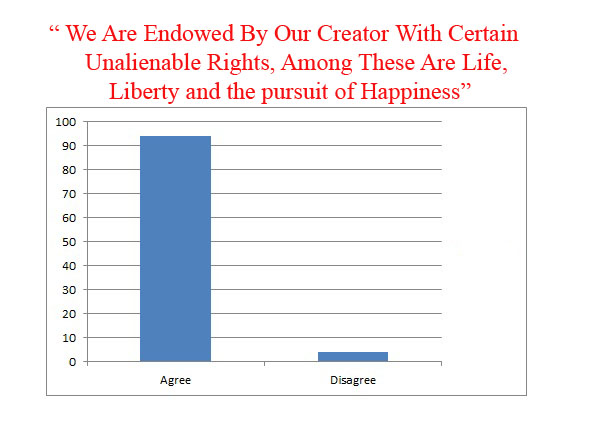 Results from the assertion that “governments derive their only just powers from the consent of the governed, are a little less encouraging, but we still overwhelmingly agree.

The survey finds that 70 percent of us agree with the statement, 13 percent disagree and 17 are undecided. Kind of makes me wonder just who are these 30 percent that think that our government’s power emanates elsewhere or have no clue where it comes from: 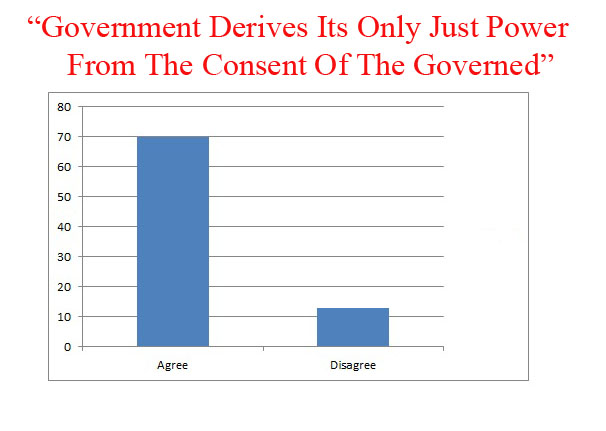 These findings are encouraging. You are always going to find someone people who would disagree with the sky being blue to  just be contrary. Other people are just nuts and there is nothing we can do about that.

Sure, there are things we could get depressed about this Fourth Of July. Our hard-won liberties are in duress with a president that sees the Constitution as a document of negative freedoms—something a majority of Americans disagree with him on, incidentally—an impotent Congress and a Supreme Court unwilling to defend freedom. Considering all of this, the odds don’t seem to be in our favor.

Even looking at this poll, you have to wonder how many people really understand how special this country is or whether many were simply affirming platitudes they don’t fully understand, let alone are willing to defend, but just sound good.

The odds didn’t look so good for those who signed the Declaration of Independence on that hot July day in Philadelphia 236 years ago, either. They believed, however, that the independent spirit of a people who crossed oceans to carve a nation from the wilderness would see them through.

It did. It still exists and I suspect it will see us through again.

Interested in more national news? We've got you covered! See More National News
Previous Article Allen West Video: Maybe We Ought To Require Everybody To Buy A Gun
Next Article Spirit Of The Founding Fathers