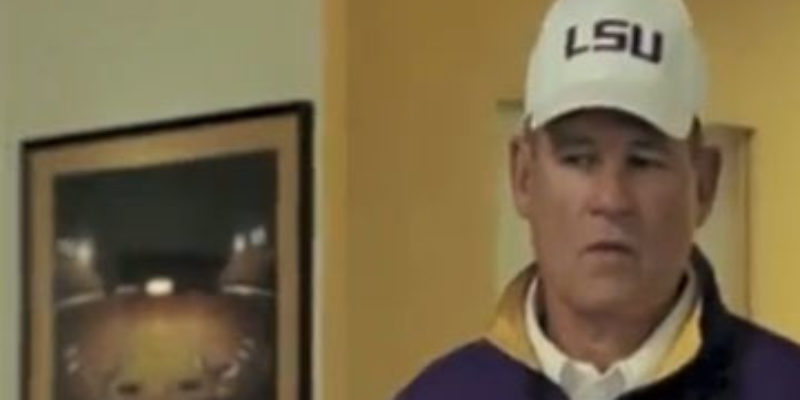 This one’s got nothing to do with politics.

It has to do with LSU football.

You seen the NCAA Football 2013 commercial? It’s a classic.

That’s classic in an “I just dropped an anvil on my scrotum” kinda way. Because RG3 came out of high school the same year Jordan Jefferson did. Also the same year Darron Thomas did. And Thomas was actually committed to LSU at one point, while Griffin was a guy LSU was serious about but not so much that they wanted to lock him up and get him committed. He went to Baylor instead, and did pretty well. And LSU came away one guy out of the three; that guy wasn’t named RG3, and he wasn’t named Thomas, either.

Jefferson? Well, he did more damage in saloon parkin’ lots than at the Superdome.

Depending on your perspective, that is. Some people would argue and say he did plenty damage.

Because here’s your Fark O’ The Day. Same commercial, just with different stuff on the screen…