The nanny state is going after moms.

Mayor Bloomberg is pushing hospitals to hide their baby formula behind locked doors so more new mothers will breast-feed.

Starting Sept. 3, the city will keep tabs on the number of bottles that participating hospitals stock and use — the most restrictive pro-breast-milk program in the nation.

Under the city Health Department’s voluntary Latch On NYC initiative, 27 of the city’s 40 hospitals have also agreed to give up swag bags sporting formula-company logos, toss out formula-branded tchotchkes like lanyards and mugs, and document a medical reason for every bottle that a newborn receives.

It’s usually better for mothers to breast-feed, and most people know this. But of course that’s not possible or desirable in all cases, which is one reason why government types ought to leave them alone so they can chart the best course for their own families.

Another reason is that it’s none of Mike Bloomberg’s damn business whether mothers breastfeed or not.

Will Bloomberg monitor the breastfeeding so that no babies are dispensed more than 16 oz. of milk at a time?

Considering the rampage of prospective regulation and obnoxious pronouncements Bloomberg has laid on the poor voters of New York, you would think he’d have trouble showing his face in public without angry mobs chasing him down. Somehow that hasn’t happened, which is unfortunate.

Overbearing politicians like Bloomberg probably need a few angry mobs chasing them down. It appears Bloomberg has a compliant City Council – and if folks in New Orleans are disgusted with the dysfunctional crooks they’ve saddled themselves with or Baton Rougeans feel like they can’t tolerate the bickering from that city’s Metro Council for one more day, you guys ain’t seen nothin’ compared to the Star Wars Cantina scene which takes place in NYC – so he doesn’t seem to get the push-back he needs through official channels.

And that means it’s the citizens of New York who ought to step up and make this man recognize the proper limits of government.

In colonial and early republican America, there was a little-used but highly effective method for combating the abuses of local governing officials… 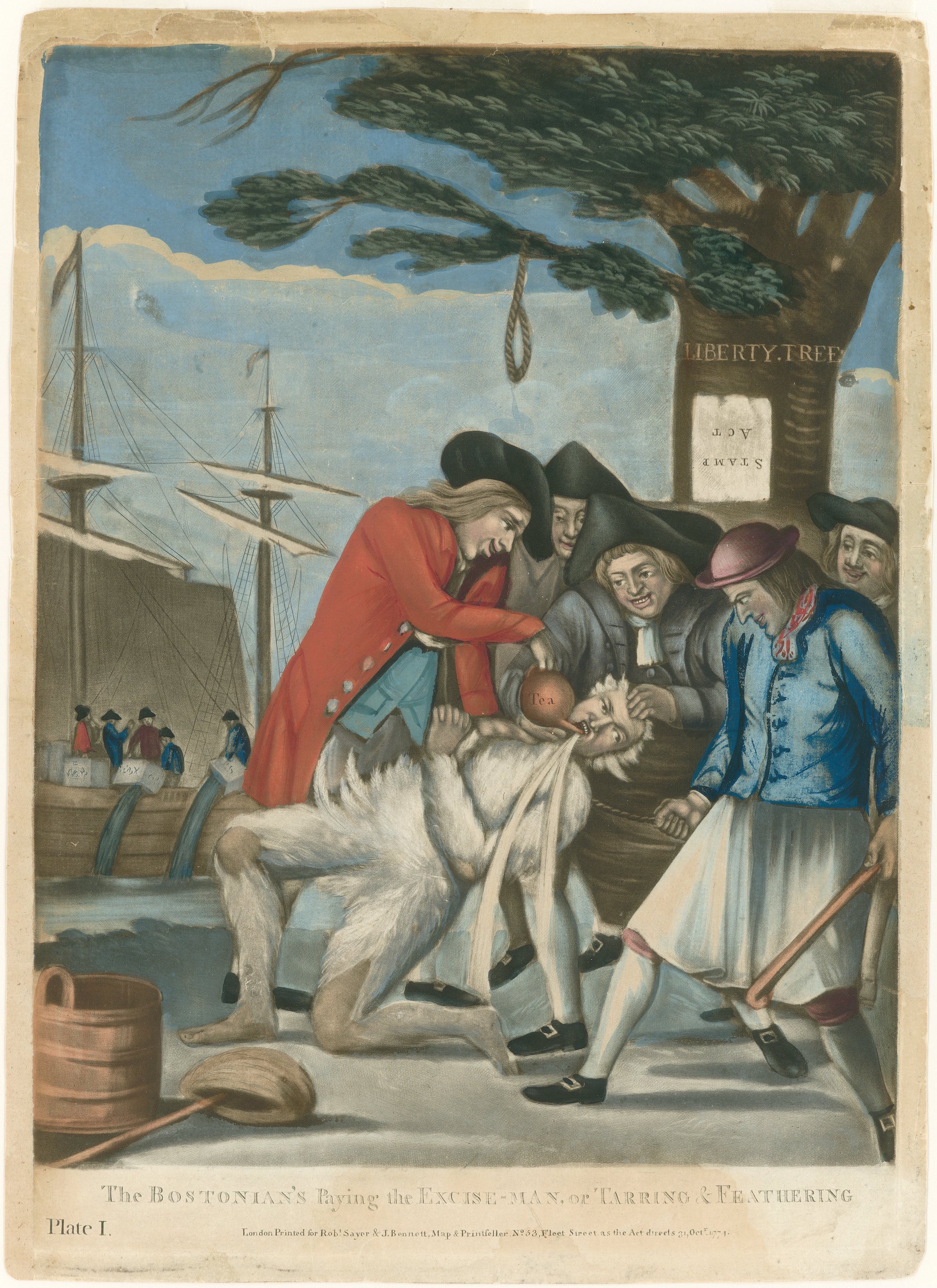 This isn’t to suggest Bloomberg be tarred and feathered, though a trip out of New York on a rail would certainly suit him nicely. But the fact that he’s not being assaulted by eggs and rotten vegetables everywhere he goes for his multiple and chronic affronts on individual liberty says some very negative things about the people of New York.

In no other place would his antics be tolerated.

But in New York, they’ve got a senator in Chuck Schumer who engages in the same kinds of behavior on a serial basis, and Schumer is unbeatable there. They also had a congressman in Anthony Weiner who might well be Bloomberg’s successor, and while he was more known for showing his Johnson on Twitter he engaged in a fairly constant string of nanny-state initiatives as well.

Politicians telling people what to do is just the way things are done in New York, which is one reason why it takes 10 years to replace the World Trade Center and why the population has remained stable if not declining for decades – and why a city which used to be a world leader in manufacturing makes almost nothing anymore – particularly compared to the Hong Kongs, Beijings and Mumbais of the world.

It takes free people acting on their own to make a city great. New York used to have them. Now it has people who tolerate loudmouth idiots like Mike Bloomberg. And that’s discouraging.