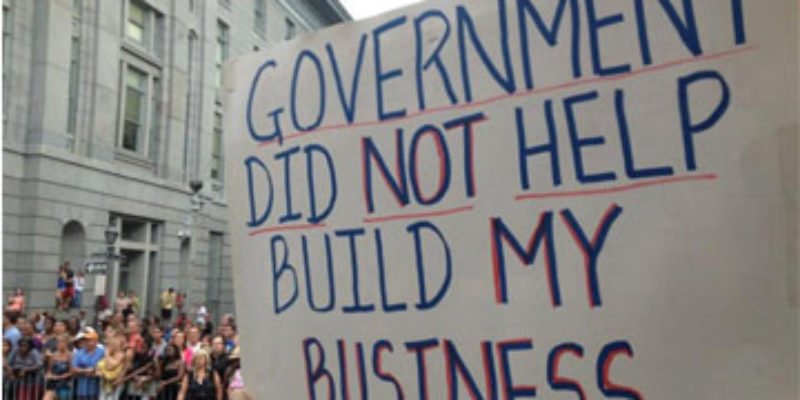 I didn’t get to join in all of MacAoidh’s fun yesterday, as I had stuff to do. Wish I had, though I’m not tall enough to hold up that big ol’ sign he had.

The Romney people ought to invest in big foam-core 4′ x 6′ signs like that with smart-ass messages on ’em and show up everywhere Obama goes from now on. That was gold.

Here’s what else is gold.

They tell me that yesterday, the big-dollar fundraiser Obama had was not the one at the House of Blues. That one was for the regular hooples; it cost $250 to get in the door and once in you could pay more for other stuff. Like for $500, you got something called “Preferred Viewing.” And for $1,000, you could be a “VIP.” And for $5,000 you could go to the “Photo Reception,” which means you’d get your picture taken with Obama.

But the fundraiser before that was the one where it was 20K a plate. And that one was at this guy Bobby Savoie‘s crib.

Savoie has a company called Geocent, which is a tech/engineering thing. He does a ton of government contracts, and because of that he spreads money around to politicians like there’s no tomorrow. For example, here’s a quick data dump from OpenSecrets on him and his wife Lori from the last three federal election cycles…

His office is in Metairie and his crib is uptown; that’s why he shows up with both a 70005 and 70118 zip code on the election disclosures.

As you can see, this dude throws money at whoever he thinks can hook him up with some federal swag; he’ll bust out a check to Charlie Melancon and David Vitter in the same day. My cousin T-Bear, who does a lot of politickin’, tells me that this cat is on the list of people you want to go see when you’re raisin’ money to run somebody for office, because regardless of who your guy is he might take a shine to you and pop out a check.

But most of what he throws out there is to Democrats.

Here’s where the story gets entertaining, though – because there was another big-money donor type guy who had reason to want to throw Obama a party yesterday.

That would be John Georges, who apparently is the only guy in the state wantin’ to actually run for office as a Democrat.

Georges told the Obama campaign that he had two dozen or some people lined up who would throw $20,000 checks to the president, but what he wanted was to host the fundraiser. For Georges that would be a big street-cred thing, see, and it would also mean that Obama would owe him a favor and if Obama wins in November he’d still be in office in 2015, when Georges wants to run for governor. The favor would then be that Obama would clear the way for the state Democrat Party to back Georges as their huckleberry against Jay Dardenne and Mike Strain and all the other people everybody thinks are gonna run.

But Georges is a guy who was a Republican right up to the point where he decided to run for governor in 2007, and he was an independent that year. He didn’t become a Democrat until like 2010, when he decided to run for mayor of New Orleans and got murdered by the voters for his trouble. And with the Democrats goin’ full moonbat since Karen Carter Peterson took that thing over, committin’ to a squishy “party labels ain’t all that big a deal” type like Georges is hardly something’ she wants to do three years out.

And that means the Obama camp figured the best play was to stay out of that mess. They decided to have the thing at Savoie’s house.

Which, the story goes, made Georges’ blood pressure go kookoobananas. He got so steamed that he sent all those checks back, and the Obama camp lost out on like a half-million bucks. The story also goes that the room at Savoie’s place wasn’t really full.

And Savoie can’t really blame that on the traffic from the construction of the new football stadium at Tulane; that’d be premature. He’s one of the NIMBY gang living close by to the stadium site, ya see; they fought the plans to build it until they got squished by the City Council a little while back.

Obama did at least get the Urban League people to swoon over him last night, so that was nice.

He would have probably liked his trip better with an extra half-million bucks in his stash, though.