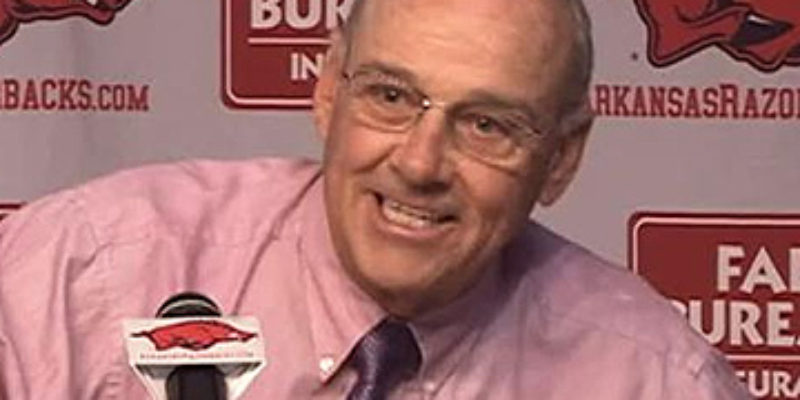 …and they play accordingly.

Smith’s had a rough couple of weeks. Right before his team got beat by UL-Monroe, he filed for bankruptcy (they’re paying him 800K to coach Arkansas this year, a job he got after the old coach Bobby Petrino got fired for taking his employee-mistress on an ill-fated motorcycle ride that ended in a crash, so how he’s bankrupt is a good question). And then he got blowed up by Alabama last week.

Arkansas was supposed to be a bigtopten.com Top 10 team this year.

The fact they got a crazy man for a coach might have somethin’ to do with that.

Bad leadership has consequences, y’know. If you look hard you can find other examples of that.