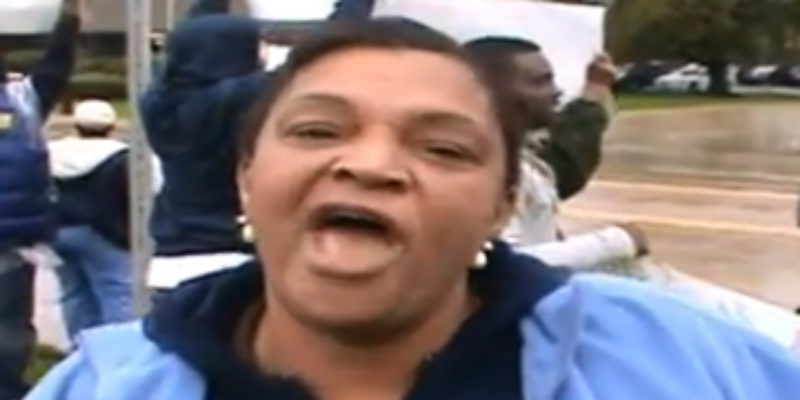 This isn’t a racial thing. There are a whole bunch of stupid-white-broad videos out there with morons of pallor sayin’ how much they like Obama and then can’t place New York on a map.

I’d go find one for you as an example, but they’re painful to look at. And the one above kinda wiped me out this morning already.

You don’t really want to run a campaign based on snob value if you’re Romney, I guess. But on the other hand, this pretty much proves out what he was sayin’ with that 47 percent business – don’t it?

He kinda seems like he was spot on in light of this, right?

Here’s what he said…

He’s talkin’ about this clown on the video, right?

The question is whether she’s 47 percent of the population. Or more. Or less.

Guess here is that she’s less. But whatever number she fronts for is too big a number. We all know that.

Share this thing, y’all. This is who Romney’s talkin’ about. And this is who Obama doesn’t want you to see.