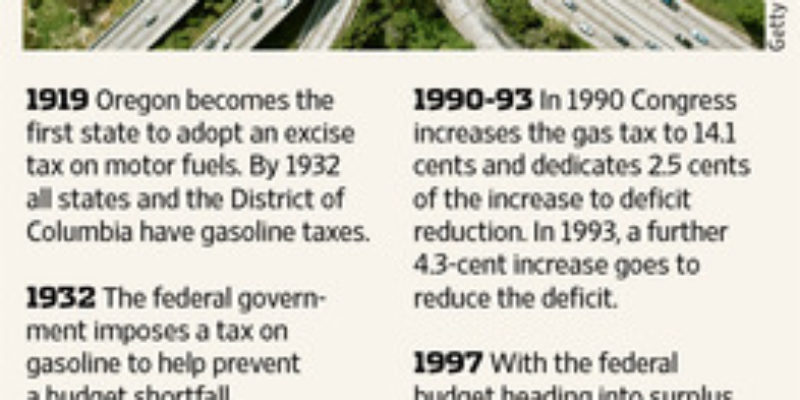 Traffic congestion in Baton Rouge constantly forces a debate about whether to build a loop around the city.  I don’t think I want to wade into that discussion although I do have an opinion (Hint: what did Shreveport do?)…

Instead, let’s look at the bigger transportation and infrastructure picture. This Wall Street Journal story – The Gas Tax Is Running Low. But What Should Replace It? – is a GREAT look at the options available for shoring up the nation’s highway trust fund and getting our core infrastructure back to the level Americans deserve.

Yes, each option involves some sort of tax, but the fact remains that if we want quality, modern infrastructure, it costs money. I’m not advocating for carte blanche tax increases, but I would suggest a dedicated source of funding that takes into account infrastructure usage and inflation rates is worthy of consideration.

In case you’re interested in the subject but don’t want to read the whole article, or don’t have access to a subscription, below are the suggested funding solutions: 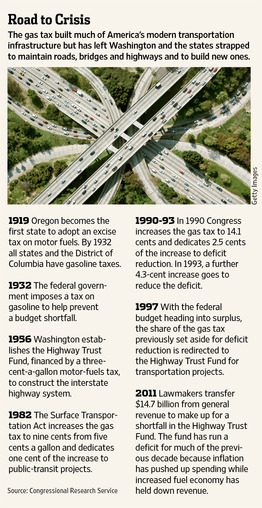 Why is infrastructure spending so critical? Well, for starters did you know that according the American Society of Civil Engineers (ASCE), more than 26 percent of our nation’s bridges are either structurally deficient or functionally obsolete? This fact is scary on its face but also indicative of the challenges facing federal, state and local governments who are all grappling with budget deficits and limited resources.

The ASCE states “a structurally deficient bridge may be closed or restrict traffic in accordance with weight limits because of limited structural capacity. These bridges are not unsafe, but must post limits for speed and weight. A functionally obsolete bridge has older design features and geometrics, and though not unsafe, cannot accommodate current traffic volumes, vehicle sizes, and weights. These restrictions not only contribute to traffic congestion, they also cause such major inconveniences as forcing emergency vehicles to take lengthy detours and lengthening the routes of school buses.”

Infrastructure spending affects every person’s life almost every day. Core transportation infrastructure is a significant driver for the nation’s long-term growth and economic development. Without a modern infrastructure, the cost of moving goods increases, making us less competitive with other nations, particularly China. For example, that country announced earlier this month a $157 billion plan to fund 60 major infrastructure projects across the country.

Again quoting the ASCE, in Louisiana our infrastructure needs abound and are highlighted below:

These statistics are significant, but they are not a condemnation of the Jindal administration or even a previous administration. States are mostly, though not entirely dependent on the whims and finances of the federal government and the highway trust fund. I merely point these statistics out to show that we have a long, long way to go (a long road to travel, so to speak) and given the condition of our infrastructure, a short time to get there.

Campbell Kaufman is a Baton Rouge native and Washington DC consultant who co-founded Cornerstone Government Affairs in 2002.  He works in both cities and comments on business and politics unique to the Beltway and the Bayou State.  You can read more of his missives at www.dcbrownpelican.net or follow him on Twitter @dcbrownpelican.