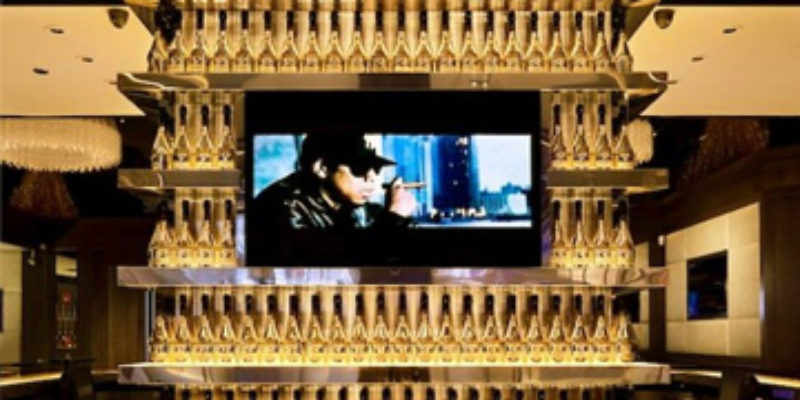 This has to be seen to be believed.

He actually has the gall to call raising taxes on the productive sector a “new economic patriotism.” That while he calls for more government employees in professions which overwhelmingly vote Democrat.

What is “new economic patriotism” to Obama?

$1.4 billion a year in presidential staff and perks, that’s what it is. You have to pay more in taxes to pay down the deficit he runs up with Wagyu beef and dom perignon by the magnum bottle.

Taxpayers spent $1.4 billion dollars on everything from staffing, housing, flying and entertaining President Obama and his family last year, according to the author of a new book on taxpayer-funded presidential perks.

Author Robert Keith Gray writes in “Presidential Perks Gone Royal” that Obama isn’t the only president to have taken advantage of the expensive trappings of his office. But the amount of money spent on the first family, he argues, has risen tremendously under the Obama administration and needs to be reined in.

Gray told The Daily Caller that the $1.4 billion spent on the Obama family last year is the “total cost of the presidency,” factoring the cost of the “biggest staff in history at the highest wages ever,” a 50 percent increase in the numbers of appointed czars and an Air Force One “running with the frequency of a scheduled air line.”

“The most concerning thing, I think, is the use of taxpayer funds to actually abet his re-election,” Gray, who worked in the Eisenhower administration and for other Republican presidents, said in an interview with TheDC on Wednesday.

It’s patriotic for you to pay through the nose to fund the government so it doesn’t have to borrow money. Just like it’s patriotic for Obama to use your tax dollars riding a plane all over the place as he’s forcing you to fund his re-election campaign.

New Economic Patriotism. Has a certain familiarity, doesn’t it?

Maybe it’s reminiscent of this?

The New Economic Policy (NEP), introduced by Lenin at the Tenth Party Congress in March 1921, represented a major departure from the party’s previous approach to running the country. During the civil war, the Soviet state had assumed responsibility for acquiring and redistributing grain and other foodstuffs from the countryside, administering both small- and large-scale industry, and a myriad of other economic activities. Subsequently dubbed (by Lenin) “War Communism,” this approach actually was extended in the course of 1920, even after the defeat of the last of the Whites. Many have claimed that War Communism reflected a “great leap forward” mentality among the Bolsheviks, but desperation to overcome shortages of all kinds, and particularly food, seems a more likely motive. In any case, in the context of continuing urban depopulation, strikes by disgruntled workers, peasant unrest, and open rebellion among the soldiers and sailors stationed on Kronstadt Island, Lenin resolved to reverse direction.

The linchpin of NEP was the introduction of a tax-in-kind, set at levels considerably below those of previous requisition quotas, which permitted peasants to dispose of their food surpluses on the open market. This concession to market forces soon led to the denationalization of small-scale industry and services; the establishment of trusts for supplying, financing, and marketing the products of large-scale industry; the stabilization of the currency; and other measures, including the granting of concessions to foreign investors, all of which were designed to reestablish the link (smychka) between town and country. Referring to NEP as a retreat of the state to the “commanding heights of the economy” (large-scale industry, banking, foreign commerce), Lenin insisted that it had to be pursued “seriously and for a long time.”

Probably not. After all, the New Economic Policy actually involved economic liberalization. Obama is looking to soak the rich so he can do “nation-building right here at home” and hire more union teachers and community college professors.

Post-war French governments, from whichever political side, generally sought rational, efficient economic development, with the long-term goal of matching the highly-developed and technologically-advanced economy of the United States. The main French tool was indicative central planning, through plans designed by the Commissariat général du plan (“Commission for the Plan”). Unlike the governments of the Soviet Bloc, however, the French government never owned more than a minority of industry, and did not seek to enforce its economic directions in authoritarian ways; instead, it used various incentives. Also, France never ceased to be a mainly capitalist country.

Because French industry prior to the Second World War was weak due to fragmentation, the French government encouraged mergers and the formation of “national champions”, large industry groups backed by the government.

This development was marked by volontarisme, the belief that difficulties (e.g. postwar devastation, lack of natural resources) could be overcome through willpower and ingenuity. For instance, following the 1973 energy crisis, the saying “In France we don’t have oil, but we have ideas” was coined. Volontarisme emphasized modernization, resulting in a variety of ambitious state plans. Examples of this trend include the extensive use of nuclear energy (close to 80% of French electrical consumption), the Minitel, an early online system for the masses, and the TGV, a high-speed rail network.

The development of French dirigisme coincided with the development of meritocratic technocracy: the École Nationale d’Administration supplied the state with high-level administrators, while leadership positions in industry were staffed with Corps of Mines state engineers and other personnel trained at the École Polytechnique.

That’s from the Wikipedia definition of dirigisme, which is the French statist version of economic nationalism – also called economic patriotism.

It’s patriotic for you to give up your freedom to serve the state. That’ll make you a patriot in Obama’s world. Keeping your money – which is a very good avatar for your freedom – to engage in economic activity that might benefit everybody but isn’t within the government’s control, that’s selfishness. It’s unpatriotic.

Champagne towers with Jay-Z are patriotic, though.