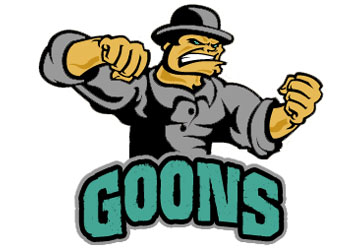 Usually, you have to punch bullies in the nose to stop their behavior. The Louisiana state electorate and some smaller parts of it did so to anti-reformers concerning education, but now parties interested in disclosure must step up and really drive the lesson home.

As noted previously, a handful of school employees invested in the current underperforming system got up recall petitions against Gov. Bobby Jindal and several state legislators, the due date for Jindal’s and at least some of the others expired last week with the expected failure of the efforts, sending a reminder that these defenders of the status quo have lost in the marketplace of ideas. In fact, despite much bragging and boasting about how there was such a groundswell of opposition to the politicians based upon their support of education reform and a number of publicized events designed to collect signatures, in all likelihood hardly any were gathered.

But the public can’t confirm this because the organizers continue to flout state law concerning the process. It’s very clear on this: the organization’s chairwoman must produce signatures within three days upon request, unless already filed with the secretary of state when he must do it. However, the organizers, citing some phantom fear of “retribution,” refuse to follow the law and plan to hold onto the petitions, raising the possibility that they will try illegally to recycle them in a future effort against Jindal or the lawmakers.

This lawbreaking on the organizers’ parts should not surprise, as they refused (by pleading ignorance, despite this space and others informing them) to submit campaign finance reports on time, and then when they did very late they appeared questionably short in terms of candor and actual monies raised and spent. This arrogance in believing they are above the law no doubt extends from the attitude they have about education reform, believing themselves the arbiters of deciding how education should be performed, and uncaring about the damage they inflict upon children’s lives in terms of shortchanged learning as they prefer to put special interests ahead of those of children and their families.

Like bullies, they believe themselves above the law and have to show they are better than everybody else through intimidation in this instance by being scofflaws – until they are met with a reminder that actions have consequences and they can’t be allowed to degrade the social fabric by asserting claims of privileged exemption from following the rule of law. During the process, affiliates of the Louisiana Republican Party took the lead in standing up to them by prodding them into filing campaign finance documentation and in requesting the signatures.

These parties would do the public a service again by taking these miscreants to court to get them to observe the law. It would send a signal to all who try to obscure the real motives and interests involved in any political movement by evading reporting requirements that some in this state won’t sit meekly by and let shadowy forces try to affect democracy in an unaccountable fashion. Let’s hope advocates of a fair and open political system step up in this way.

VIDEO: Did You See Jerry Nadler Poop His Pants On TV Yesterday?

Can Joe Biden Survive The Questions About His Sex-Trafficking Son?

PERRICONE: You’re About To See How Much Anti-Catholicism We Really Have In The US

Once Again, The Lid Comes Out For Biden Before Noon