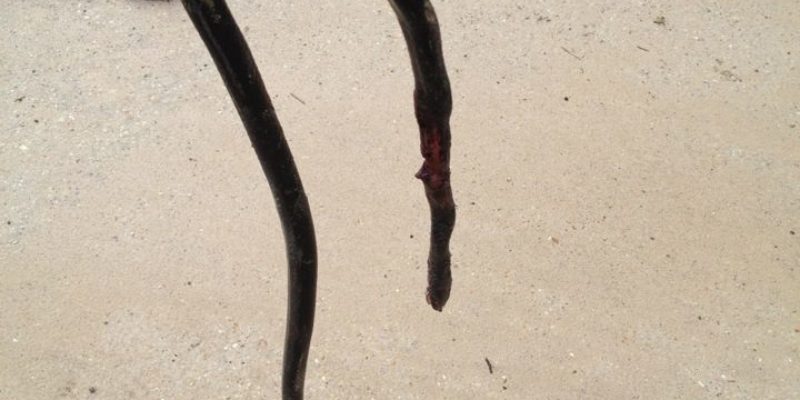 You can bet that if something like this were to come from the lips of George W. Bush, the left-wing press would be pouncing on a certain sound-bite to illustrate what a buffoon our Commander-in-Chief is. Since it’s Obama, you won’t be hearing a peep about it from the Main-Stream-Media.

Fortunately, we have the new media these days—blogs, talk radio and the like—and I don’t think that we should just let it go.

Watch this Associated Press report of the president’s visit to St. John the Baptist Parish yesterday after a break from the campaign trail—three days after Mitt Romney was in Louisiana— and play a little game called “Spot the Gaffe”:

Likely, most Hayride readers are astute enough to catch this flub right way. If you are a bit slow, here’s the money quote: “We are going to make sure that at the federal level, we are getting on the case very quickly figuring out what exactly happened here (and) what we can do to make sure it doesn’t happen again.”

Well, maybe it’s a cultural barrier. They are called typhoons in Indonesia, after all. In Louisiana, we call them hurricanes or tropical storms—like Isaac was—to be more exact.

To be fair, I thought I would review the entire speech Obama gave in LaPlace. Don’t want to take him out of context. You can watch the speech in its entirety here, but the context doesn’t add much. Let’s give Obama the benefit of the doubt and believe that he was only referring to the role the federal government can play in fortifying the levee system around places like LaPlace to prevent flooding from future storms.

Maybe that’s not what he meant, however.

Hurricanes are a reality and people who chose to live in low-lying coastal regions are going to deal with property damage from time to time, even with relatively weak systems like Isaac. It’s a sad truth, but it’s the truth, none-the-less. People residing in these areas are taking a gamble. Many believe it’s worth the risk and call parishes like St. John the Baptist, Plaquemines and Jefferson home.

The president also said in the speech that we need to find ways to better anticipate storms like Isaac. Really? Did people not know it was coming? Those who stayed and had to be rescued from their flooded homes by boat were taking a bet, as well. Thankfully, few lives were lost in the storm.

In a prefect world there would have been no lives lost and no homes flooded. We don’t live in a prefect world, however. In Louisiana, we have things called hurricanes and homes get flooded. There were even homes flooded far inland in Central Louisiana—where I live—when Gustav hit back in 2008. You could elect Obama president-for-life (don’t think he would turn that down) and purge every tea partier from the planet and the storms would still come. There are things beyond the arrogance of Man, though you won’t hear many of them discussed at the DNC in North Carolina this week.

Obama’s words are indicative of a Washington mindset that believes the federal government can make sure that nothing bad ever happens to anyone. It’s more than just helping to pick someone up when they’ve fallen. Obama and politicos of his ilk spread the lie that they can keep people from ever falling at all. Pass more gun laws and you will end violence. Pour more money into schools and kids will get smarter. Convince radical Islamic terrorists that we are nice people and they will just leave us alone. Dump hundreds of billions in federal money into the economy and unemployment won’t get above eight percent.

Elect a junior senator from Illinois with no executive experience to the presidency and the rise of the oceans will slow and the planet will heal:

Strange, things never work out as advertised. Remember that, if you should be one of the brave souls watching Democratic convention speeches this week. Think I would rather be down in Mandeville helping my buddy get cottonmouths out of his garage. He says he’s already shot about 100 of these SOBs: 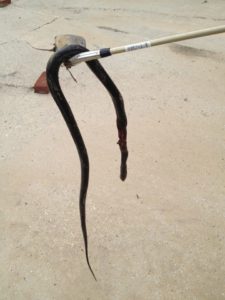 Interested in more national news? We've got you covered! See More National News
Previous Article The Democrats’ Anti-Woman, Anti-Gay Elephant In The Room
Next Article Obama And The Democrats Have A Lot Of Work To Do This Week