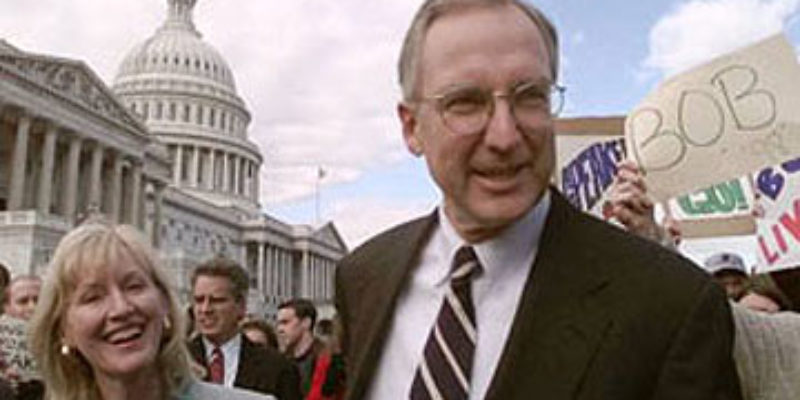 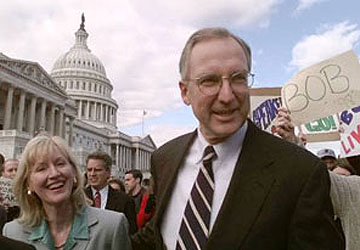 My first activity in the political world came when I was a 17-year old high school kid and volunteered for Bob Livingston’s campaign for governor.

That was in 1987. Back then there were a lot fewer Republicans in Louisiana than there are now. Dave Treen had somehow managed to get elected governor in 1979, but it was still something of a longshot to get somebody from the GOP elected in a statewide race.

But Livingston was a pretty good candidate, and those of us who were helping him were optimistic. That year the race was wide open; Edwin Edwards was the incumbent governor and he was presiding over an awful Louisiana economy and had just barely beaten federal corruption charges. Somebody was going to beat him, and the challengers were lining up for a free-for-all of a race. Besides Livingston there were two other congressmen – Buddy Roemer and Billy Tauzin, who at the time were both Democrats – and Jim Brown, who was Secretary of State.

So I volunteered in Livingston’s campaign. And I learned a lot about political campaigns that year.

I learned that phone banking really sucks, and going door-to-door was a little better. I also learned that if you stick with the grunt work long enough they’ll give you a better job. By Election Day, I had three other kids with me and we were putting up yard signs all over half of New Orleans. That was a lot of fun.

But on Election Night, it wasn’t as much fun. Because Roemer came out of nowhere to emerge as the best of the Not Edwardses vote-wise and our guy finished third. Then Edwards decided to throw in the towel and Roemer got elected governor with all of 33 percent. That was the high-water mark of Buddy’s political career; after four years of his being governor he finished third for re-election behind not just Edwards but David Duke, for crying out loud.

I always thought Livingston would have done a lot better job.

And that’s not just my idle opinion. Because Livingston bounced back from losing that 1987 election and had an impressive run in Congress. He managed to catch on to Newt Gingrich’s leadership team and after the 1994 elections gave the GOP a House majority Livingston found himself as the chairman of the House Appropriations Committee. And from that perch he helped produce a budget surplus, which is perhaps the greatest political achievement of either party in the last 25 years.

Livingston was on such a rocket at that time that he was set to take over for Gingrich as House Speaker when the latter stepped down. But he got stupid and had a rather  extramarital affair that Larry Flynt found out about and threatened to publish as retaliation for the impeachment of Bill Clinton, and Livingston had to resign in 1998. That was a tragedy, because it gave us that moron Denny Hastert as House Speaker. And Denny Hastert ultimately squandered the GOP majority and begat Nancy Pelosi’s Reign of Terror in the House. We still haven’t recovered from that as a nation – probably because John Boehner, who’s better than Hastert, is no Gingrich and frankly might not be a Livingston.

But since leaving elected office, Livingston ended up as – what else! – a high-powered DC lobbyist.

With some rather unsavory clients. Like the government of Turkey, and Hosni Mubarak.

That was disappointing. But the good news is, at least Livingston isn’t still lobbying for the Egyptians. National Journal had this yesterday…

With the White House’s plans to send Egypt $450 million in aid being met with resistance from a powerful House Republican, it’d be a good time for the Egyptian government to have Washington lobbyists working the Hill.

But the country’s officials have been virtually unrepresented in the corridors of power since January after Egyptian raids on American and European-backed NGOs led their Washington lobbyists to drop them as clients.

Up until this year, the Egyptians were well represented in town. Three major lobbying firms — run by former Reps. Bob Livingstonand Toby Moffett and lobbyist Tony Podesta — worked Cairo’s interests in Washington through a firm they set up solely to represent Egypt, the PLM Group.

And Egypt paid well for that representation, sending PLM $277,500 every quarter for years.

But the fall-out from the December raids, including the revelation that lobbyists had been circulating Egyptian government talking points to lawmakers, led to the firms terminating their contracts with the Egyptians on Jan. 27. (The Egyptian embassy claimed they, not the lobbyists, ended the contracts).

The government, with former Muslim Brotherhood leader Mohamed Morsi as its president, is now without high-powered representation in Washington at the same time the U.S. Agency for International Development (USAID) notified Congress it had plans to give $450 million in emergency aid to Egypt.

The money, part of $1 billion President Obama has already pledged to help Egypt, has technically already been appropriated by Congress, but the administration still has to notify Congress when it wants to spend it.

And that led Republican Rep. Kay Granger, the chairwoman of the House Appropriations Subcommittee on State and Foreign Operations, to announce she will move to block the funding. She could also propose legislation to essentially cancel the appropriation.

“This proposal comes to Congress at a point when the U.S.- Egypt relationship has never been under more scrutiny, and rightly so,” she said in a statement. “I am not convinced of the urgent need for this assistance and I cannot support it at this time.”

It’s unlikely at this point that $450 million will ever get sent to the Egyptians. Politically it’s a steaming turd, and Obama can’t afford to have a fight over it between now and the election. And if Obama loses, you can bet that Romney won’t be spending that money.

And without anybody willing to lobby for Morsi’s government in Washington – at least for now; at some point they’ll find somebody who’ll do just about anything for money and they’ll be back in business – their chances are even less of pulling off that raid on our treasury.

But at least we in Louisiana can rest easy that one of our former leading political lights isn’t involved in funding jihad out of our tax dollars. For those of us who spent the early fall of 1987 hammering stakes for his yard signs, the fact that Livingston isn’t doing that ugly work is comforting indeed.