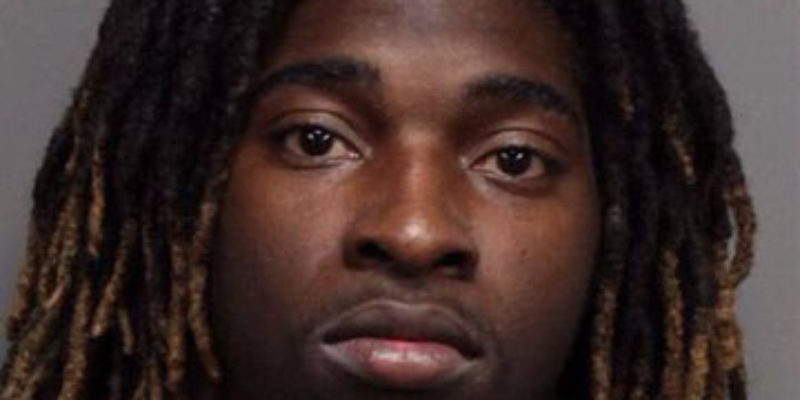 His name’s Courtney Gardner, and last year at Sierra Junior College in California he caught 61 passes for 1,099 yards and 13 touchdowns in 10 games. He was second in the California JUCO’s in receiving yards per game last year.

And now he says he’s committing to LSU.

Gardner’s not playin’ ball this fall. He was supposed to finish up some academic stuff at that junior college and sign with Oklahoma so he could enroll there in January, but he came up pretty short of bein’ able to do that. So he ended up re-thinkin’ his situation, takin’ a visit to LSU for the Ole Miss game this past weekend and tellin’ Les that he wants to come. He’s a Katrina kid who’s from New Iberia, but after the storm his family ended up in Reno.

There’s a rumor that he shot a man in Reno just to watch him die, but that’s not true. He just got out of a car and ran his yap at a cop one time.

Maybe it was Les’ F-bombs in his press conference after the game that did the trick. I dunno.

Anyway, if this kid can pass a couple classes in the spring and/or summer and get eligible – and dependin’ on who you talk to that’s a long shot but we’re all about bein’ optimistic down here in Barataria these days, Mettenberger is gonna have a 6-3, 225-pound kid with 4.37 speed and a 38-inch vertical to throw to. Which is different from what he’s got now. Because while LSU’s receivers aren’t terrible (they used to be terrible earlier in the season, I’m with you on that part), none of ’em can run 4.37. And none of ’em are 6-3 and 225 pounds. Or even close.

You need a big hoss like that in your receiver corps in college football these days. All the cool kids have one. When Rueben Randle decided to go pro and that Cordarrell Patterson dude from that other JUCO decided the day before signing day he wanted to lose with a coach who was about to get fired than maybe win a national championship with Les, LSU was stuck without havin’ that piece in the passin’ game. And that’s hurt this year…bad. If LSU had a big hoss Mettenberger could just throw it up there and he could go get it this year, my guess is they’d have beat either Florida or Alabama or maybe both of them – and if they’d beat either one they’d be VERY MUCH in the national championship hunt right now instead of lookin’ at bein’ 10-2 and havin’ to go play barely-bowl-eligible Miami in the Chicken Filet Bowl.

So yeah – gettin’ this cat for next year could be, like Druncle Joe Biden says – and apparently like Les would say, too – a big F-in’ deal.

Interested in more national news? We've got you covered! See More National News
Previous Article Three Days Of Lost Internet, With A Lesson Attached
Next Article I’m Offended By Wally Pierce And His Gang Of Communists At The Independent