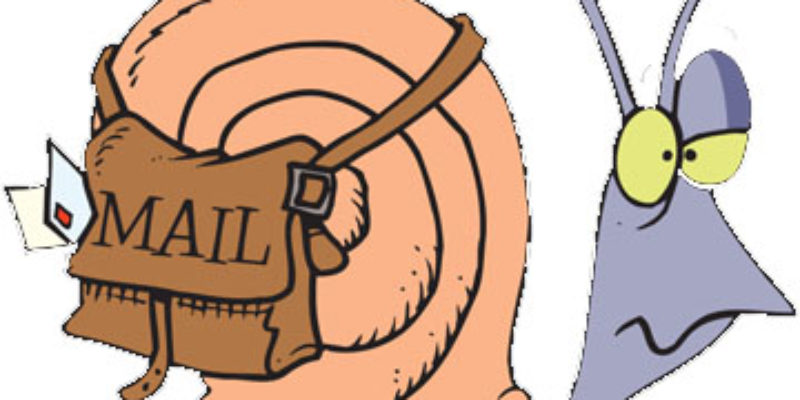 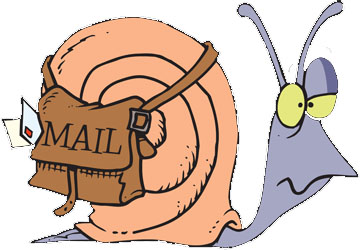 Today came news that the U.S. Postal Service lost an unbelievable $15.9 billion in the 2012 fiscal year.

That was triple what it lost in FY 2011. The losses will almost certainly be larger for FY 2013. And the Post Office isn’t going to be able to sustain those losses for much longer.

It has, I would guess, less than a year to live. The postal workers claim the reason the losses are as big as they are for FY 2012 is that the Post Office is forced to pre-pay for future retiree health benefits – that represented some $11.1 billion of the losses. But that’s due largely to the fact that Congress allowed the USPS to avoid making those prepayments in FY 2011. The pre-payments are required because the employee benefits of the USPS are totally and completely unsustainable and would have plunged any private business into bankruptcy protection years ago, and rather than allow this snowball to crash into the federal treasury several years ago Congress instituted a funding mechanism that looks like what a prudent company would do.

Which means the postal union is screaming that the USPS should be released from its obligations – so that the taxpayers can get the bill when the Post Office crashes completely in a few years.

Better for it to crash now, with the funds to cover the obligations it stupidly undertook at the behest of the unions.

And I can’t wait for it to slip beneath the waves. There will be no greater display of the creative destruction of the free market than for the U.S. Postal Service to vanish in a sea of red ink.

Most of this is a product of technological change which has made the Post Office obsolete. E-mail, online banking, e-commerce, social media…old-fashioned snail mail simply isn’t competitive in speed or effectiveness with the new stuff.

But it should be remembered that what brought on those technological changes was the inefficiency and grinding torpor of the Post Office in the first place. As our economy grew and demanded faster communications, waiting a week for the Post Office to deliver those communications became less and less efficacious. So private courier services began to flourish, and then came the advent of the fax.

And then came the World Wide Web, and the glorious havoc it has wreaked on the Post Office – which will not survive the Obama second term.

Why do I have such a giddy attitude toward the end of one of our government’s core agencies?

Because a good bit of my professional life has been taken up by fighting a losing battle against the Post Office’s incompetence.

Many of our readers know that I was the publisher of Purple & Gold Magazine from 1997 to 2004. That publication, which covered LSU sports, was by most indications a creative success. But it died mostly because of the internet eating our subscriber base.

Why did the internet eat our subscriber base? Because the Post Office couldn’t consistently deliver the thing on time.

Production days for P&G were on Sundays. We’d stay up all night to finish the thing – sometimes we’d get lucky and I’d make it to bed before 2 or 3 in the morning – and get it to the printer in time for them to turn it around and get a truck to the post office in Baton Rouge Monday afternoon.

And then by Thursday afternoon the calls would start coming in. They were from subscribers, most often in New Orleans and Shreveport, but in other places as well, who didn’t get their copies in Thursday’s mail.

Our readership was a bunch of hard-core LSU fans. They very often would travel with the football team for road games in the fall or start tailgating on Fridays for home games. So if the magazine didn’t show up in Thursday’s mail in the fall they wouldn’t get the issue previewing Saturday’s game until it was over.

As a result, my work week would be spent in large measure with trying to catch up on sleep Monday and Tuesday, and apologizing to subscribers on Thursday and Friday. And on Saturdays when LSU played at home, I could count on blocking out a couple of hours for delivering substitute copies of Purple & Gold to tailgate parties on campus. Which was OK public relations, but it was also mind-numbingly frustrating.

And for eight years we did absolutely everything we could possibly do to improve mail service. I sat through the worst meetings of my life with Postal Service bureaucrats who gave me a lifetime of technical jargon and excuses for our hideous delivery. Once in a while we’d uncover some small thing that would supposedly improve the service. We’d try it, and it would work – for a month. And then the complaints would return.

At the end, we’d get less complaints. We started offering online subscriptions, which basically meant a login to download a PDF copy of the magazine, and people would take those. But the older crowd wanted the print version, and our business model simply wouldn’t support a completely online product. So we were handcuffed in what we could do.

And instead of complaints, ultimately we’d see subscriptions come up for renewal and slide beneath the waves. I’d make a personal call to subscribers who had been with us for five, six, seven years and they’d tell me “Scott, the magazine’s great. But I won’t get it until Thursday or Friday and by then, I’ve already seen everything in there somewhere else, like on a message board on the internet. Basically your column is what makes the thing worth reading, and you post that on the internet on Sunday night. So I just can’t justify a subscription anymore.”

And that was the end of Purple & Gold. We were eaten by the internet, and that was going to happen eventually anyway. But before the internet came along, we could have grown our subscription base to a level whereby advertising revenues and subscription sales could have enabled us to build something with a chance to last into the internet age. We could have done that but for the fact we couldn’t count on satisfactory mail delivery. Dealing with the post office was eight years of hell.

After P&G finally gave up the ghost, I ended up in advertising sales for Advo, which was the company distributing a marriage mail package featuring those “Have You Seen  Me?” missing child cards that would hit your mailbox. I was proud to work there, as we actually were able to find a surprising number of those kids through the exposure of those cards hitting millions and millions of households every week. And in no time I got pretty good at selling ads on the backs of those missing child cards; within a couple of years of starting with the company I was making more money than I’d ever made in my life and getting good notices from the folks in the company.

Something like 45 percent of my book of business was ads on the missing child card…right up until the Post Office told the company that they’d no longer price delivery of the card the way they’d done in the previous 75 years. Advo was one of the biggest customers of the Post Office, if not actually the largest private customer of the Post Office (I want to say the latter was a fact), and it didn’t matter – they just blew up our primary product essentially by decree.

I could explain the mechanics of what happened and why it was a stupid business decision, but I’ll refrain from dragging you into the weeds. Let’s just say it was a stupid call for the Post Office to attempt to stem its red ink by chopping off the arm of its best customer.

And they chopped my arm off when they did it, because I lost a bunch of advertising clients whom I could no longer service at a satisfactory level. And I wasn’t alone; within a year of the Post Office’s assault on our business model, Advo ended up merging with another company and chaos ensued. I lit out on my own to pursue another promising business venture the government squelched when bad federal policy torched the credit markets in 2008; that’s another story

So I can speak from personal experience when I say that the Post Office’s chickens have come home to roost. Its unionized bureaucratic monopoly model is outdated, ineffective, uneconomic and breathtakingly wasteful.

And not a single dime more of our tax dollars should go to subsidize it.

UPS and FedEx can deliver packages and envelopes faster and with more efficiency from city to city. And for local delivery, the newspapers – who are desperate for something to save their own failing model – have the infrastructure to fill that hole in the market. And if electronic communications and e-commerce replace paper for thinks like invoices, bills and payments, that’s nothing more than an improvement in economic efficiency.

These forces have been in place for a decade or more, and the Post Office has completely failed to respond to them. That failure has resulted in a government bureau awash in $16 billion worth of red ink despite a work force of a half-million people with an average salary of over $50,000 per year.

Sell it off. Let private companies compete for what business is left. Dump it off the federal books and let the creative destruction of the market revolutionize the industry as it’s doing with media, entertainment and many other economic sectors.

As far as I’m concerned, poetic justice alone is reason enough to let it go.