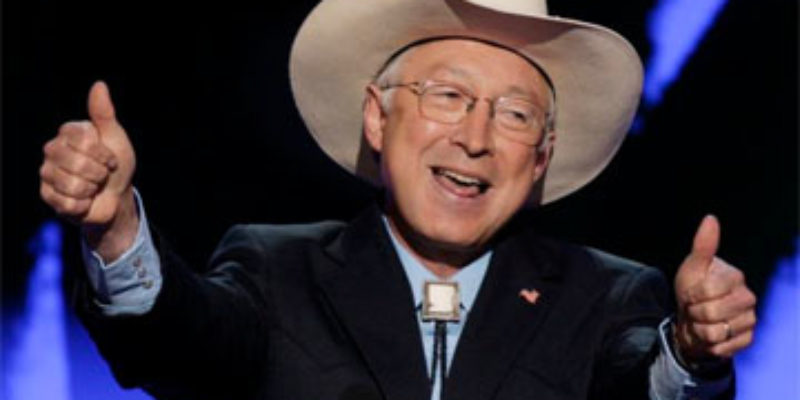 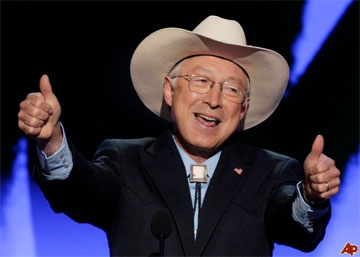 …which means President Obama will have a chance to find a new worst Interior Secretary in American history.

A former senator from Colorado, Salazar pushed renewable power such as solar and wind, but gained the most attention for his role in the drilling moratorium, a key part of the administration’s response to the April 2010 explosion of the Deepwater Horizon rig in the Gulf of Mexico. It was one of the largest environmental disasters in U.S. history and led to the unprecedented shutdown of offshore drilling.

Business groups and Gulf Coast political leaders said the shutdown crippled the oil and gas industry and cost thousands of jobs, even aboard rigs not operated by BP PLC.

The AP article doesn’t mention that Salazar was found in contempt of federal court in New Orleans for instituting that moratorium in violation of federal law and altering official documents in doing so.

Salazar’s actions were the first unmistakable indication of how absolutely lawless this administration is. That other arms of the administration have perhaps eclipsed him since the BP ordeal doesn’t make him any less atrocious.

Rep. Jeff Landry wasn’t the only member of the Louisiana delegation who had a go at Salazar. He was so dishonest in discussing the administration’s mineral lease policies that even Mary Landrieu couldn’t stomach him.

But now Salazar will be gone, and we can expect that since Obama has been hammered of late for the overwhelming whiteness and maleness of his recent appointments the next Interior Secretary will be as lacking in pallor and testosterone as possible.

But the lawlessness, dishonesty and hostility to energy production Salazar demonstrated in Obama’s first term isn’t going to change. That you can count on.

UPDATE: Vitter says he agrees – it’s long past time for Salazar to hit the road.

U.S. Senator David Vitter (R-La.) today made the following comment regarding news reports that U.S. Department of Interior Secretary Ken Salazar will be stepping down by the end of March.

“I wish Ken Salazar, a Senate classmate, all the best. But I honestly won’t miss him as Interior Secretary,” Vitter said. “He supported the drilling moratorium overreaction to the BP disaster that cost us so many jobs. And he consistently made energy production on federal land and water far more difficult and costly, pushing federal lease revenue from $10 billion to $0 from 2008 to 2011.”

Vitter is continuing to challenge the Department of Interior for its reasoning to implement the drilling moratorium in the Gulf of Mexico following the BP oil spill. Vitter directed an investigation that found inappropriate manipulation of a report attempting to justify the moratorium which has led to additional investigations of Salazar’s acting Inspector General.

Vitter also successfully blocked a nearly $20,000 pay raise for Secretary Salazar and has said he would have continued blocking the raise. Vitter had been a consistent advocate to get Interior to begin issuing new offshore drilling permits at the same rate as before the Deepwater Horizon oil spill.

Vitter has also been urging Secretary Salazar to go back to the previous five-year leasing plan that would open up nearly all of the outer continental shelf for lease sales. The Administration’s current offshore plan for the next five years would keep 85 percent of offshore areas closed to new American energy production.

In April 2012, the Washington Times published Vitter’s op-ed, Truth about Obama’s energy claims, in which he fact-checks many of Secretary Salazar’s claims about the Administration’s energy policy.