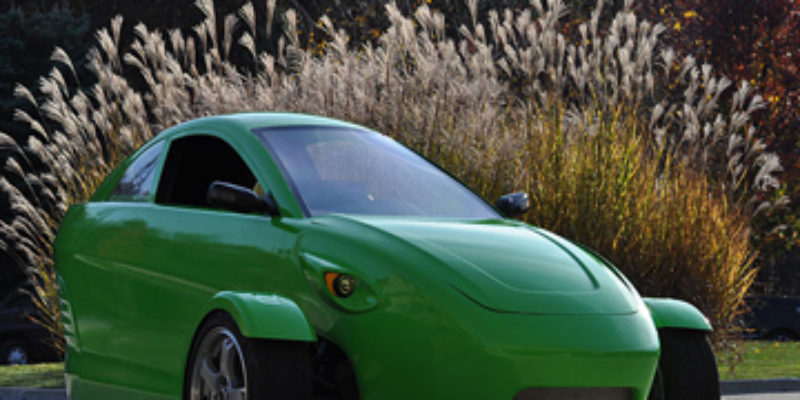 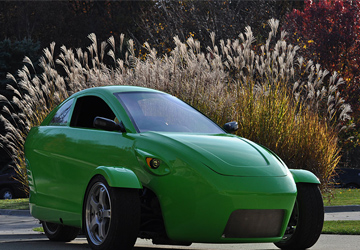 We’re happy to report, in the aftermath of the V-Vehicle boondoggle, that today’s announcement that Elio Motors will set up shop in the old GM plant in Shreveport won’t cost you any money as a Louisiana taxpayer. As such, we can say welcome to Elio and their goofy-looking three-wheeled cars and we wish them all the success possible without our having to buy one.

Which is not to say the state of Louisiana isn’t providing incentives. From the release on Elio’s arrival out of Gov. Jindal’s office…

The company announced it will produce enclosed, three-wheeled vehicles capable of attaining a highway mileage rating of more than 80 mpg. Targeting a retail cost of $6,800, the company will position the Elio vehicle as a cost-effective alternative to four-wheeled autos. The Elio will be equipped with three airbags, power windows and air conditioning as standard features, and the company expects it to achieve a five-star safety rating. Models will be available with automatic or manual transmission.

The Elio Motors manufacturing facility will occupy approximately 1 million square feet of the more than 3 million-square-foot, former GM site. Industrial developer Stuart Lichter, who has acquired other former GM sites, will buy the 530-acre Shreveport site in conjunction with Elio Motors and lease portions of the site to other tenants.

Governor Jindal said, “After the loss of GM, we made a commitment to the people of Northwest Louisiana that we would not only pursue possible alternative uses for the old GM facility, but we would also aggressively pursue new projects in the region that would create new job opportunities. From Benteler to Ronpak to Tiburon, we have kept our commitment, and Elio is the latest example of a company that is investing here because of Louisiana’s strong business climate and world class workforce. We look forward to partnering with them to secure job-creating tenants in the remaining space that is expected to be made available at the former GM facility.”

“We are extremely pleased and excited to be part of the Shreveport community, and we feel that Shreveport will be the perfect home for Elio Motors,” Elio Motors President and CEO Paul Elio said. “We purchased the plant in Shreveport because of the business-friendly economic environment, the quality of the local, experienced workforce, and our unwavering commitment to build Elio vehicles in America, with American workers. We can’t wait to begin our journey in Louisiana.”

“This is a watershed moment for the people of Northwest Louisiana, for Elio Motors and for the RACER Trust,” said RACER Trustee Elliott P. Laws. “Our mission with the RACER Trust includes helping to bring renewed, locally supported economic vitality to former GM sites, and we’re very pleased to have taken this major step toward achieving that goal here in Caddo Parish. We thank Paul Elio, the Caddo Parish Commission, Governor Jindal and his team for making this accomplishment possible.”

To secure the project, LED offered Elio Motors an incentive package that includes the new Competitive Projects Payroll Incentive and LED FastStart™, the nation’s top-ranked state workforce development program. The Competitive Projects Payroll Incentive will provide annual, performance-based payroll rebates of 13 percent for each qualifying job for the first 10 years of operations; these rebates will be provided following the completion of each project year after actual payroll for each year is verified. In addition, the company is expected to utilize Louisiana’s Industrial Tax Exemption Program incentive. The Caddo Parish Commission also is negotiating potential incentives to support Elio’s redevelopment of the former GM site.

“The real value in some of these distressed, abandoned properties that we’re seeing corporate America and various governments discard is exactly what makes GM Shreveport so appealing for Paul, and myself,” said Lichter, founder and president of the Los Angeles-based Industrial Realty Group. “Everything is still right there. The plant is in fantastic shape. The equipment is top-notch and ready to go now. Vehicles were being built here, not years ago, not in somebody else’s lifetime, but just a few months ago. That saves us a tremendous amount of capital right up front.”

The company will begin renovation of the facility in early 2013 in conjunction with the real estate transaction, followed by the production of prototypes. Elio Motors expects to begin commercial vehicle production in mid-2014, with significant hiring at the Shreveport facility to begin by the second quarter 2014 and full employment to be reached in late 2015.

“We are delighted and very proud Elio Motors will manufacture their new vehicle in Caddo Parish,” said President Michael Thibodeaux of the Caddo Parish Commission. “This is a testament to the spirit of our community and the determination of our leaders who wouldn’t give up on this great facility that once provided the livelihood for so many of our neighbors. We look forward to welcoming the Elio team to our community.”

Though general hiring has not begun yet in Shreveport, Elio Motors and LED FastStart will publicize information about the hiring process and job fairs in the coming months as the company prepares for commercial production.

“The North Louisiana Economic Partnership is pleased that Elio Motors has chosen Shreveport for its manufacturing facility,” NLEP President Scott Martinez said. “This is a great beginning of 2013 for North Louisiana. I’m confident our region is poised for even more activity in the manufacturing sector this year.”