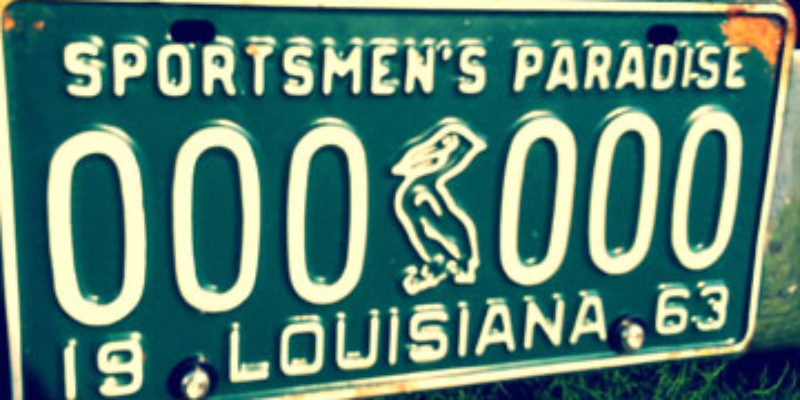 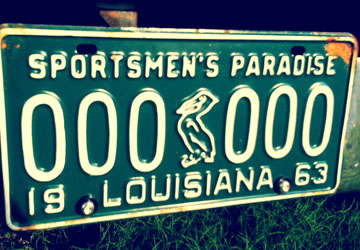 Louisiana has held itself out as the “Sportsman’s Paradise,” but, according to a new report, it sure has some strange jurisprudence to make this claim.

The Texas Public Policy Foundation reported that the Gulf Coast states generally had legal codes and a large number of laws that criminalized behaviors regarding environmental matters that would discourage outdoor pursuits such as hunting and fishing, or economic activity involving natural resources. In aggregate, Louisiana perhaps was the worst off, with several examples noted about what in an objective way should not be criminal behavior or, if boorish enough, should merit a minor penalty, yet is defined criminally with potential severe consequences.

Louisiana’s legal system creates these crimes with wildly disproportionate penalties that defy common sense, hence making it too easy for unwitting violation, for two reasons. First, the way many of the statutes are written, given that it does not presume that criminal intent in an action is lacking unless some is evidenced, exposes even the least negligent accused to the most strict penalties. By not having a “rule of lenity” that assumes, given no evidence of criminal intent that there was none, the lowest degree of negligence (which is typical when it comes to non-regulatory criminal actions), this puts great pressure on the accused not even to go to trial and accept a more lenient, but still disproportional, punishment.

Second, Louisiana just has so many specific laws with severe punishments regulating these behaviors, where there appears to be a strong and positive correlation with potential penalties – the more obscure, the harsher. For example, if you’re a shrimper and in the course of practicing your livelihood you find three unserviceable crab traps and do anything but bring them to the nearest designated (and “available,” however that is defined) disposal point, you’re fined at least $500 and are headed to jail for at least 60 days. Further, if you catch a serviceable one, you are required to return it to the water with a float you provide; fail to do that three times, and you face the same penalty.

It’s bad enough that the state requires you to pick up other people’s trash (or make it trash because it’s too inconvenient to replace a damaged float), but then to penalize you so heavily with prosecution stacked against you because you are not assumed not to have criminal intent even if you knew nothing of an obscure law (and among wildlife and fisheries law, 107 of 113 statutes adhere to this standard), is wildly disproportionate. Yes, it’s unfortunate to have unusable junk floating around, but businessmen who had nothing to do with it should not be made criminals if they don’t deal with the state’s problem. Either the state should use its own resources to pick these up, if we think it is such a huge environmental disaster to have some of these scattered around in a hundred thousand square miles, or it should pay bonuses to good citizens who clean them up, not prosecute them if they don’t.

At least, generally speaking, Louisiana laws on these matters typically have an endangerment standard that means penalties are not severe as long as humans aren’t threatened. But not all of them do, and that does not address the larger concern that the field is over-regulated in the first place. Further, it’s not a difficult problem to fix by statutes; a few changes made at the beginning of the state criminal code will do the job nicely.

Louisiana touts itself as robust in nature’s bounty, but it discourages recreational use and, worse, commercial harvesting of it through a legal code overzealous in its impact and tuned more to “gotcha” than reasonable husbanding of resources. This impedes responsible economic development and needs addressing at the next available opportunity.

BAYHAM: Drew Brees And The #FauxDats

BATISTE: The White Puppeteer Behind the New Orleans Protests

"Since Mattis broke his silence, I will break mine. Mattis accessed the Administration through an individual who was FIRED from the transition team. The reason for firing? He was meeting with Chinese and Vietnamese communists in Beijing." - Former National Security Council member Rich Higgins
More Quotes