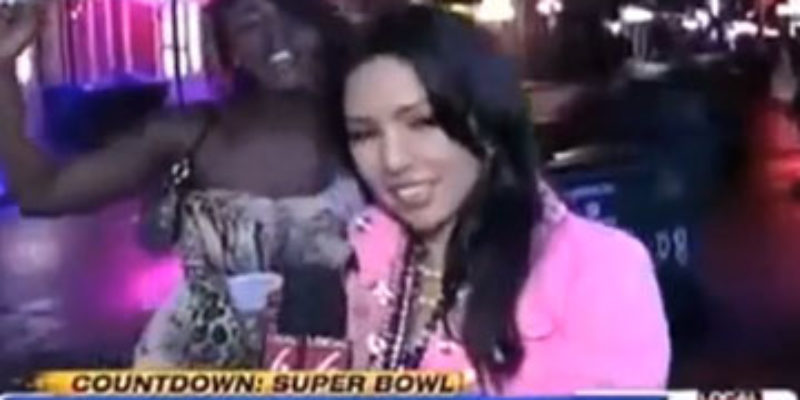 So Channel 6 in Orlando sends their reporterette to Bourbon Street to do a stand-up job on pre-Super Bowl stuff for their early-morning show. And since it’s 3 AM or so, and the only people on the street on a Wednesday night or whatever this was are drunk tourists, it’s no surprise a drunk tourist stumbles by, sees a camera and decides to mug for it and do the “Haa-ay” thing.

That’s all pretty predictable. Except Channel 6 in Orlando just happens to have a reporterette with a head on her shoulders and a mouthful of mean. And…well, just watch it.

She’s racist, right? How come she saw that chick and immediately thought of STD’s?

Look for an NAACP protest of Channel 6 in Orlando any minute now.

Interested in more national news? We've got you covered! See More National News
Previous Article TONIGHT: Chris Holton Addresses The Pachyderms Of Baton Rouge
Next Article Self-Important Idiots Are Sucking All Of The Joy Out Of American Life