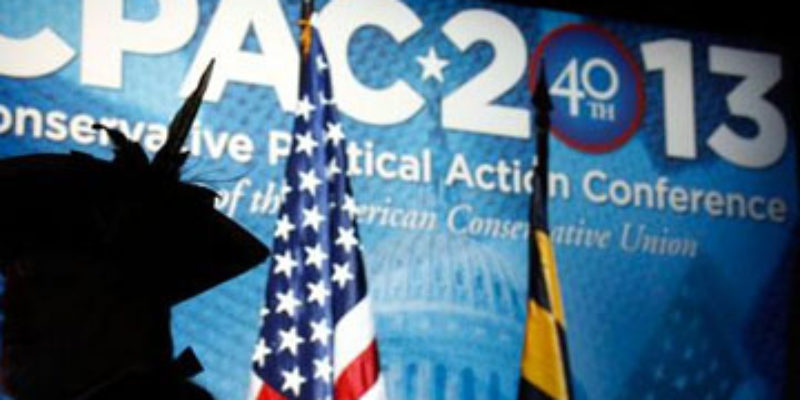 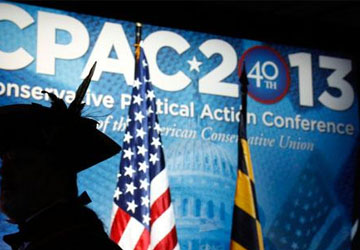 The 2013 CPAC event in National Harbor, MD marked the lead-off venue for likely 2016 presidential aspirants, who made their soft-opening pitches to the GOP’s conservative activists. In addition to the numerous rounds of speech-making, the conference featured its annual straw poll, the first barometer since President Barack Obama’s re-election.

The CPAC presidential straw poll has been a point of controversy in the past. Presidential candidates have been known to purchase conference registrations by the hundreds to pack the hall with their supporters and the ballot box with non-binding votes.

The high expenditures made are justified to some degree because of the media attention the conference and its straw poll receives.

One of the main arguments made by critics to discredit the CPAC straw poll is that it’s unscientific (meaning it’s not composed of a realistic sample) and not representative of the Republican Party as a whole. The organizers of CPAC tried to mitigate some of the meat of that point by commissioning their own national poll on the presidential candidates to gauge how close the scientific poll resembles the activist poll.

Prior to announcing the results of the CPAC Straw Poll, American Conservative Union Chairman Al Cardenas attempted to link the results of the conference ballot with the scientific poll taken, stating that the three individuals who finished at the top of the CPAC straw poll also placed at the top of the commissioned poll. As this is fairly vague statement, I pressed Mr. Cardenas for details though he refused to share the order of the national poll nor the percentage each of the contenders received.

The 2013 CPAC Straw Poll contained twenty-three names. Though ex-Florida Governor Jeb Bush had publicly requested not have his name listed on the ballot, I thought I recalled seeing his name listed when I voted.

Of the twenty-three candidates listed on the ballot, only ten registered at 3% or higher. The total vote for others and “write ins” was 14%.

Kentucky US Senator Rand Paul claimed first place with 25%. The scion of the libertarian icon had made a big splash in conservative circles with his lengthy filibuster against the confirmation of the president’s pick for CIA boss due to Paul’s concerns over the prospect of armed drones firing upon US citizens on American soil. The phrase “Don’t drone me bro” was hollered during his CPAC address and promulgated by his supporters.

Paul’s interest in a 2016 presidential run was apparent at CPAC. Prior to his address, supporters were collecting people’s contact information and were handing out red t-shirts, lapel stickers and rally signs featuring a black silhouette of Paul and his moppy hair with the words “Stand With Rand.”

Yet considering the media attention he received, the obvious push his people made and a youth-heavy straw poll sample, Paul’s first place finish seemed below expectations. I figured Paul would easily win the vote but instead he secured a plurality by only 2%.

Florida US Senator Marco Rubio came in second with 23%, which was impressive since the rising star didn’t put much effort at all into CPAC beyond setting up a table that hawked water bottles for $25. Though his CPAC speech was not as eloquent as Paul’s, Rubio used his opportunity to stress his conservative credentials, especially as a social conservative. While his speech seemed “crammed”, it’s obvious that until further notice Marco Rubio remains the leading figure in the GOP.

Former US Senator Rick Santorum came in a distant third with 8%. The Pennsylvania social conservative delivered one of his better speeches, warning attendees about putting too many political eggs in the materialism basket, arguing that Americans craved for something more than just “stuff”. Santorum worked the CPAC crowd pretty aggressively, being one of the more accessible high-profile figures at the conference and through his organization Patriot Voices, sponsored two events. The upshot for Santorum was that he spoke to a full house (Disclaimer: I served as Santorum’s political director in Louisiana in 2012).

The biggest loser at CPAC 2013 was Wisconsin US Representative and 2012 GOP vice-presidential nominee Paul Ryan. Considering his stature, Ryan’s fifth place finish (one point behind the “not-invited” Chris Christie) has to be a brutal reality check. Ryan is obviously entertaining thoughts of seeking the presidency as he held a meet-and-greet that resembled the Santa scene from A Christmas Story: a three-hour line with aides barking at people for going over their three-second time allotment. There was no slide. Ryan aides worked the lengthy line, encouraging and cajoling Rubio voters to tweet pictures of themselves biding their time with the hashtag TeamRyan.
Placing a point below Ryan was his fellow Wisconsin resident, Governor Scott Walker, who has to get through what will doubtless be third brutal statewide election in five years before being able to utter a peep about a presidential run. As Walker’s name hasn’t really been touted as a presidential candidate, his unsolicited sixth place finish is a sign that there is support for him assuming the governor prevails in his re-election bid in 2014.

Rounding out the rest of the results, neurosurgeon Dr. Ben Carson, who announced he was retiring from the medical field and dropped blatant hints that he was looking at pursuing a political career, garnered 4%; Texas US Senator and TEA Party favorite Ted Cruz received 4% (it should be pointed out that Cruz delivered the conference’s CPAC keynote address after voting had concluded), Louisiana governor Bobby Jindal got 3% and ex-Alaska governor and 2008 GOP vice-presidential nominee Sarah Palin walked off with a Big Gulp and 3%.

Though I admire and respect the feisty Alaskan, it’s safe to say that a Palin White House will only exist in the pages of an alternate history novel. That said, she remains an important personality in the conservative movement and should not be shunned.

As for Jeb Bush, I counted two people sporting red and white Jeb! 2016 lapel stickers that a political consulting firm was pushing at their table in the exhibition area. No results were released for the ex-president’s brother, write-in or otherwise.