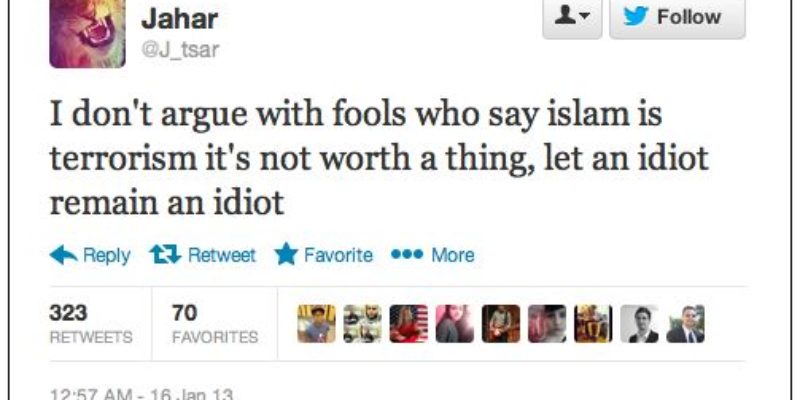 No joke, he actually tweeted this. 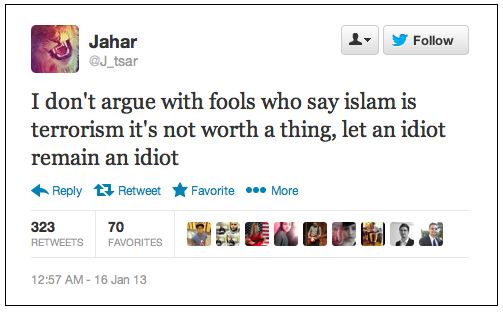 Three months later he’s blowing up a marathon, and last night he and his brother had bombs galore for the firefight with the police. UPDATE: Turns out the older brother Tamerlan was interviewed by the FBI two years ago on a tip from the Russians. But they let him go. Our buddy Chris Holton has the reaction exactly right. Via Facebook…

The more things change the more they remain the same. The Russians gave the FBI a tip on this guy 2 years ago and it was determined that he wasn’t a threat. Meanwhile we molest 4 year olds in airport security lines and Homeland Security Secretary has her eye in returning military heroes. Our bureaucratized counterterrorism apparatus has failed us again.