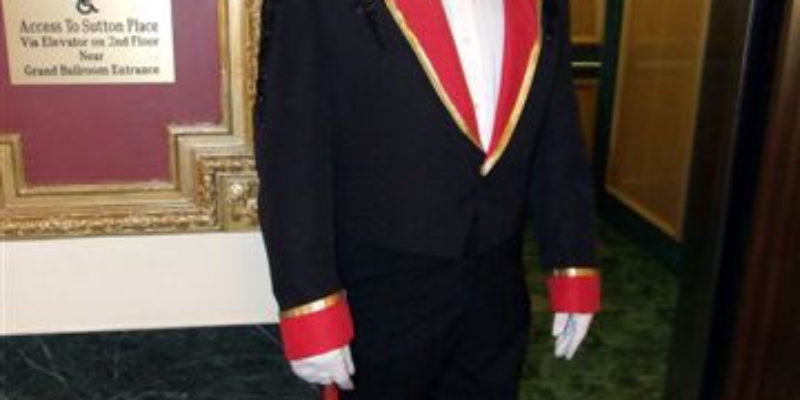 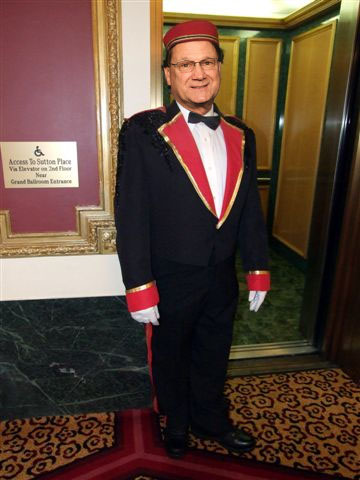 I don’t usually do a lot on this state legislature stuff. There are other folks who post on here who do a lot more betta job than I can. I don’t know an income tax plan from cold coush-coush, and seein’ people like Barbara Norton an’ Ben Nevers in elected office makes my gout act up.

But I do have an uncle who’s one o’ those fly-on-the-wall type people at the capitol, an’ he told me somethin’ I gotta pass along.

“So yesterday was like every Monday over at LABI – they have a meeting of all the lobbyists who work for business interests every Monday when the session is going on. But what was a little different was who showed up.

In the door walks Charlie Melancon. Nobody’s heard a whole lot out of Charlie since Vitter ate his lunch in that Senate election back in 2010; he was going to do some lobbying for a firm out of DC, but he lasted like six weeks there and then he was gone. So to see him show up at LABI’s business lobbying meeting was more than a little strange.

And Charlie was pushing a bill that would regulate elevator operators on behalf of the unions.”

So I’m rollin’ on the floor, because I just have a picture in my head (and as it happens it’s also a picture on your computer screen) of ol’ Cholly pushin’ buttons in an elevator for a livin’. Bet that elevator don’t go to the top floor, either – right?

This has gotta be the lobbyin’ equivalent of suckin’ farts outta used-car seats for a livin’.

What this is about is the union of the workers who build and install elevators, and the union companies who contract that work. What they want, and they want this all over the country, is to make a whole regulatory regime about how if you do work on elevators you have to get a license from the state fire marshall, and in most states – Louisiana included – the fire marshall generally comes from the firefighters’ union, so he’s going to be friendlier to union contractors than non-union contractors. And the test the contractors who want a license to work on elevators will have to pass will be a union test, plus the regulations are all pro-union regulations.

So they’re hiring Charlie Melancon to lobby this bill here in Louisiana. Here – this is from the ethics disclosure on his working for them…”

And he showed me this… 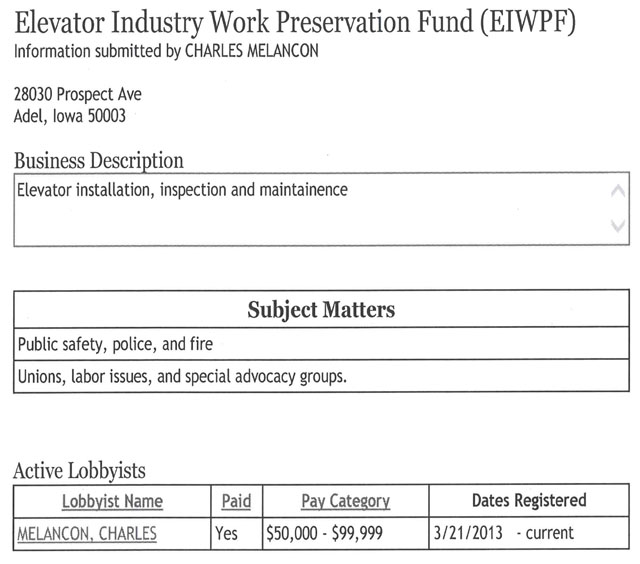 So Cholly’s gettin’ better than 50K a year to push like one bill in a legislative session.

Ain’t bad work if you can get it, right?

For that kinda coin, you’d figure this bill was a comer. Let’s ask T-Rex what he thinks about it…

“Will it pass? Hell no. HB 548 is sitting in the House Commerce committee, which has 11 Republicans and seven Democrats on it and the chair of the committee is Erich Ponti. Erich Ponti is a non-union building contractor who wants to run for Cassidy’s House seat next year.

Pretty much every trade group involved in the construction industry is already lining up against this bill. When Melancon showed up at LABI to talk about it he basically got laughed out of the building. And that’s what will happen when Melancon goes to the Commerce Committee pushing a 38-page restraint of trade.”

But wait – if it’s so hopeless, who are these clowns payin’ Charlie enough money to keep his country-club dues current and eat catfish and macque choux at Politz’ back home in Napoleonville a couple times a week? Ain’t a lot of value there.

So what do we know about the Elevator Industry Work Preservation Fund?

Well, they have a website. It’s not the purtiest thing of all time; they’re payin’ Cholly too much of a grip to afford a fancy graphic artist, I guess. But at that site it says the EIWPF is “serving the International Union of Elevator Constructors and their Signatory Contractors throughout the United States of America.”

There’s a link there which tells you about the EIWPF trustees; they’re the top three dudes at the International Union of Elevator Constructors. So there’s that. You’ll also find bios of their staff, and they’ve got 15 people workin’ there.

Fifteen people, plus God knows how many washed-up politicians like Cholly they hired around the country to run 38-page elevator regulator bills up the flagpole at state legislatures.

Guess there’s a big chunk in freezing out all the non-union elevator work, so that cash gets spent wherever they can spend it.

As for Cholly, he went and showed his mug at LABI, and he’ll show up at the House Commerce Committee to take a beating.

After that, he’ll be back at Politz’ in Napoleonville. Cuz he’ll be done for the year. And that macque choux? Ca, c’est bon!

Interested in more news from Louisiana? We've got you covered! See More Louisiana News
Previous Article KENNEDY: A Plan B For Income Tax Reform
Next Article DORE: The Last Thing We Need Is More Obamacare