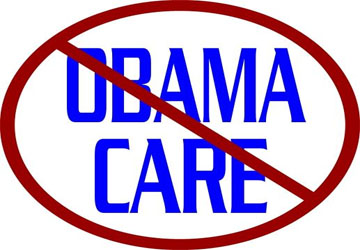 It’s been more than three years since President Obama and his liberal allies forced ObamaCare through Congress with backroom deals and handouts to special interests, but the fight over the President’s trillion-dollar health care disaster is just starting here in Louisiana.

With the Louisiana State Legislature beginning its session this week, the liberals in Baton Rouge and the special interests across Louisiana are pushing full steam ahead with their plans to force the expansion of ObamaCare on to our people.

Under the guise of “Medicaid Expansion,” the President’s allies in Louisiana are pushing an outdated, broken and unstable program in the statehouse that could cost us—the taxpayers—almost $2 billion.

Despite what the papers and special interests might say, the facts are clear: “Medicaid Expansion” is ObamaCare. There’s just no way around it.

Our state and our health care system simply cannot afford an expansion of the President’s budget busting health care law.

Spending billions of dollars on a program that doesn’t work doesn’t make sense. ObamaCare has been a series of broken promises, and we can’t let our legislators be suckered into accepting a bad deal for our state.

Here in Louisiana, we know there’s a better way. We need common sense, free-market health care reforms that put patients in control—not trillion-dollar entitlement programs from the bureaucrats in Washington.

Call your state legislators today and tell them: We don’t want more ObamaCare in Louisiana.