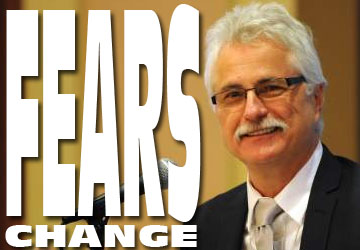 What’s HB 552? Well, it’s a bill filed by Rep. Alan Seabaugh that would eliminate a direct deposit of union dues for public employees.

The bill would strike out language in current law allowing for automatic payroll deductions for “union dues, fees and assessments.”

Passage of the bill would absolutely destroy the teachers’ unions in Louisiana, and they would make it extremely difficult to finance Democrat machine politics here. As a result, the business trade groups are going to be all in behind the bill. LABI in particular, we’re told, is making it their top priority in this session.

HB 552 could very well turn the state capitol into Wisconsin. It will definitely spark some fireworks, and the unions will be howling about it.

This bill will serve as a bright line for Republicans at the legislature. It only needs a majority vote in the House and the Senate, and we’ve heard no indication that Gov. Jindal would do anything other than sign it. And since there are Republican majorities in both houses, Democrats can only stop the bill if Republicans go squishy.

The bill could have gone to either of two committees in the House – House and Governmental Affairs, or Labor and Industrial Relations. It’s in Labor, which is chaired by a Democrat – Rep. Herbert Dixon (D-Alexandria). But the makeup of the Labor committee is seven Republicans, seven Democrats and one independent, Dee Richard, who more often than not votes right of center.

The eight Republicans on the committee are Chris Broadwater, Stuart Bishop, Lance Harris, Valerie Hodges, Clay Schexnayder, Julie Stokes and Lenar Whitney. None of them are regarded as particularly squishy. The chances are pretty good that it will get out of committee on what is essentially a party-line vote with Richard voting with the GOP.

Richard’s past history indicates he’s motivated in large part by a revulsion to mandates out of Baton Rouge. He doesn’t like big government at the state level and he wants power as local as possible. That was his philosophical objection to last year’s education reform package, for example. So to get his vote in committee, the argument Seabaugh – and Bishop, Harris and Whitney, who are also sponsors of the bill who sit on the Labor committee – will have to win is that since those union dues being pulled out of those paychecks are being used on a statewide, rather than local, basis, eliminating the direct deposit would be a more proper function of state government than a local fight. The guess here is that he’s persuadable in that regard.

And on the floor, Seabaugh has a decent margin for error. He can afford to bleed off a few Republicans and still get the legislation over the finish line. But every GOP state rep will know that voting against HB 552 is tantamount to putting a target on their own backs for the next election cycle. Every conservative interest group in the state will know they voted to keep the Democrat money machine in place. That’s a bad place to be.

We’re not sure what committee the bill will end up in once it gets to the Senate, but it has a very influential sponsor in Sen. Conrad Appel. And if it gets to Labor and Industrial Relations in the Senate, it’s going to the floor – that committee has seven members, and the only Democrat in the bunch is Edwin Murray. Of the six Republicans – A.G. Crowe, who chairs the committee, Neil Riser, Ronnie Johns, Bob Kostelka, Danny Martiny and Barrow Peacock – it’s tough to imagine at least four votes won’t be found. Kostelka tends to be pretty friendly toward teachers’ unions (he was an opponent of the education reform package last year) and his LABI rating is only 55 percent; he could well be a squish. And Johns is a former Democrat, but he has a decent 69 percent LABI rating. The other four vote with LABI almost all the time; Martiny is the worst of them at 86 percent.

If the bill is in Senate Labor, it’s going to the floor and it’s going to pass. The 20th-best LABI score in the Senate is 74 percent. That means LABI can count on a majority three-quarters of the time in the Senate, and when a bill is LABI’s absolute priority you can bet they will get those 20 votes.

When public employee unions like LAE, LFT, AFSCME and SEIU can’t funnel dues directly out of paychecks and have to solicit dues checks, they will see a collapse in membership. And they will make the kind of stink about this you can expect out of an existential fight.

Everybody is paying attention to the income tax plan. It has sucked all the political air out of the state for the last several weeks. But regardless of what happens with that, HB 552 is the bill with the largest potential impact on Louisiana politics, and ultimately it’s that bill which will generate the most interesting fireworks at the Capitol this year.

Interested in more news from Louisiana? We've got you covered! See More Louisiana News
Previous Article There Ought To Be A West Bank Connector, And It Ought To Be A Toll Road
Next Article New Poll Says Jindal Shouldn’t Talk About The Stupid Party Anymore…