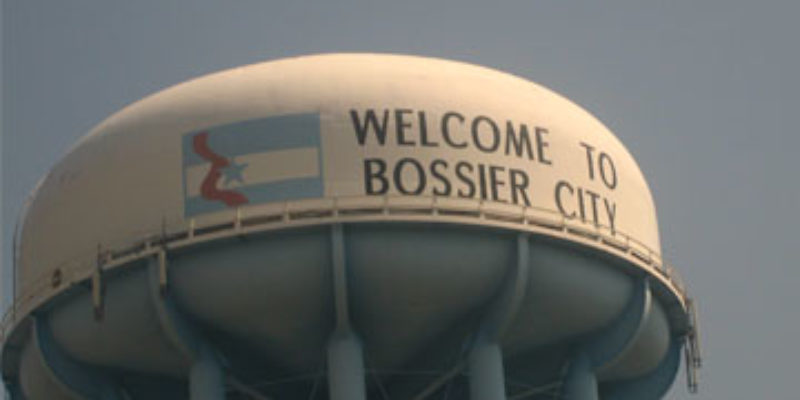 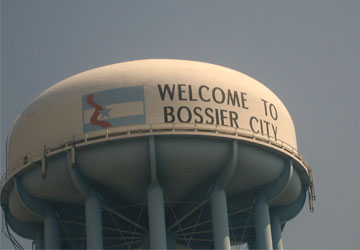 We have the answer, which leads us to the next question: will Bossier City voters enact any punishment at all to its politicians for their profligacy and wasted opportunities?

As noted previously in this space, voters have good reason, given the history of citizenry abuse of its resources with a number of ill-conceived, wasteful projects and decisions, that culminated in a budget crisis right after the 2009 elections and also led the city to bungle an economic development decision announced at the end of last year that may cost it tens of millions of dollars. So public outcry could have been such that many candidates would have surfaced to challenge the coup-counting, chest-puffing good old boys in power.

One, District 4 councilman David Jones, did call it quits, and sliding right into his spot is local real estate agent Jeff Free. While choice for voters would have been better, it’s hard not consider any outcome as an upgrade, and with Jones’ departure overall on the council we can expect fewer outbreaks of athlete’s mouth.

Another, District 5’s Larry Hanisee, faces a challenge from the guy, businessman Tommy Harvey, he barely defeated in the special election where he reclaimed the seat in 2011 and from a political newcomer, real estate agent Mischa Angel. But Hanisee bears the least amount of blame of current elected officials as his previous service on the Council was prior to its follies beginning in the 1990s. That doesn’t mean Harvey nor Angel wouldn’t be better, but that Hanisee didn’t contribute to the waste that now looks to exceed $140 million.

In fact, of those around for the bad decisions made in the past dozen years, only one will face opposition. The at-large councilmen David Montgomery and Tim Larkin drew no competition, nor did District 2’s Jeff Darby and District 3’s Bubba Williams. At one time, speculation was Williams, who occasionally has shown a streak of independence , would run against Mayor (and before that city Chief Administrative Officer) Lo Walker, but apparently Williams decided to be a good boy and eat his porridge with the rest of the gang, leaving Walker also unopposed.

The one facing opposition is the hapless Scott Irwin in District 1, from retired policeman and restaurateur Mike Beam. And here at least maybe the beleaguered citizenry can get some answers to questions that city politicians hope that they don’t get asked.

So if you live in south Bossier City and Irwin appears at your door asking for your vote, ask him the softball of the bunch first — does he favor selling the CenturyTel Arena seeing as it has fallen into a pattern of losing more than half a million dollars a year in operations? (And when you add indirect revenues, such as from ticket sales, with indirect costs, such as increased police presence for events, it will lose more. And this doesn’t even include debt or opportunity costs.) And if he doesn’t, ask him why does he continue to support something that costs the people more than its brings them benefits, when the private sector could do the same without foisting that cost on the people?

That probably will send him scurrying away, but if he hangs in there, follow up with:

1. How much more are the accumulated debt and opportunity costs for the Louisiana Boardwalk garage (which the city paid for instead of as is customary in these deal the developer) than the sales and property tax revenues from it, exclusive of those sales tax receipts that were cannibalized from other Bossier City businesses and previous property tax paid?

2. How many permanent jobs were created (not reshuffled from other locations in and around Bossier City, or would have appeared at other private sector entities) by its paying for the Cyber Innovation Center (which, if it was a money-maker, would have been paid for by the private sector)?

3. How much more are the accumulated debt and opportunity costs for the CIC than rent received by the city from tenants of it and any sales or property tax revenues, exclusive of those sales tax receipts that were cannibalized from other Bossier City payers and previous property tax paid?

4. Why did the city settle out of court with developer Linc Coleman last year to have taxpayers fork over the equivalent of $16 million and 40 acres of property (and the total may grow as time goes on)?

Don’t expect to these queries anything close to straight answers out of Irwin or any Bossier City elected or appointed officials. They’ve long had the chance to state the opposite of these, but won’t because they can’t. You’ll get lots of tap dancing, misdirection, and irrelevant sunshine blown up skirts, but press for the hard numbers to the exact questions asked above and you’ll be ignored (short of a court order or public disclosure request, and maybe not even then) and called names, because the answers will so be inconvenient and embarrassing for them .

Rather, from Irwin we get mailed fliers that ignore each and every one of these salient queries, but instead touts other spending, in large part on things the city had nothing to do with (that being either parish or federal money involved). But elections are about accountability, especially when this bunch has cost each resident around $2,000 to pay for their mistakes, and Bossier Citians need to call out these incompetents at this time. So I’m asking for answers to these questions, from Irwin or anybody else. And when guilt is admitted by failing to answer them and honestly and completely, it’ll simply confirm what we already know about these charlatans.

And then maybe four years from now enough of the I-don’t-care-as-long-as-it’s-not-Shreveport/I’ll-be-stationed-elsewhere-next-time-dominated Bossier City public finally will care enough to want good city government.