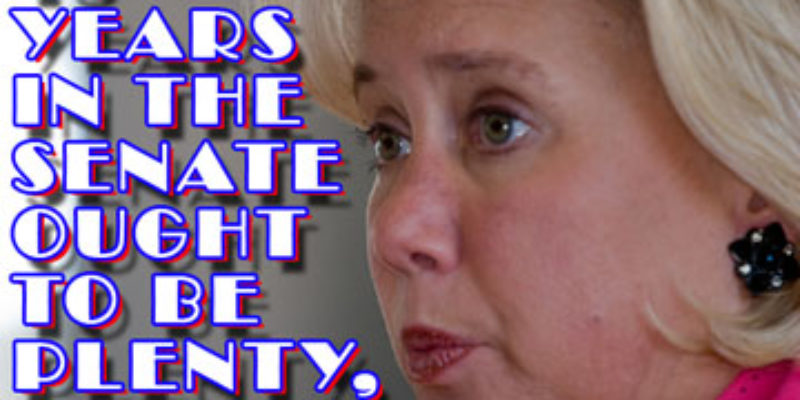 Goes about three minutes, and it’s a “How do you do? And did you know Mary Landrieu’s been in the Senate for 18 years and stinks?”

There’s more to it than that, but it’s pretty clear Cassidy is going to try to define this race as Louisiana (him) vs. Washington (Mary). Don’t be surprised in the least if her $2.2 million house in DC isn’t featured prominently as well as her 97 percent voting record with Obama.

Some of the concerns folks had about Cassidy being not conservative enough? Wait until Mary’s people start firing back. He’ll be a mouth-breathing Tea Party guy before you know it according to her.

An interesting bit of news – Cassidy’s campaign manager will be Joel DiGrado, who comes from David Vitter’s camp. DiGrado was Vitter’s communications director for his 2010 senatorial run and he’s been a prominent member of the latter’s strategy team for a while.

And DiGrado isn’t on loan from Vitter. He’s a Cassidy guy now. He left on good terms.

DiGrado’s matriculation is going to be seen as an indication Vitter is backing Cassidy. And that’s not a terrible assumption to make, though it’s premature.

Because for his part, the Senator is holding his fire for now…

“My position in that race is and will remain that I will support the dominant Republican challenger to Mary as soon as that is clearly decided.”

John Fleming, the congressman from Minden who has been straying from his district to explore the possibility of making the race, is going to be under significant pressure to either announce for the campaign or say he’s not interested. Because the longer he waits and Cassidy builds a war chest and snaps up the state’s top campaign talent – with DiGrado and Jason Hebert, his general consultant, Cassidy already has two of the five Republican players listed in Campaign & Elections’ Influencers 500 issue on his team.

And with Lt. Gov. Jay Dardenne demurring from the Senate race in favor of running for governor in 2015, Steve Scalise putting out the word that he’s staying where he is and the word being that Jeff Landry is more likely to challenge Buddy Caldwell for Attorney General in 2015 rather than make the Senate race, the list of people who could rival Cassidy for Vitter’s designation as the “dominant Republican challenger to Mary” is not a particularly big one.

It’s essentially Fleming or nobody.

Either way, the race is officially on.

Interested in more national news? We've got you covered! See More National News
Previous Article Cassidy’s Officially In
Next Article What Are We Gonna Do About Cassidy’s Seat?