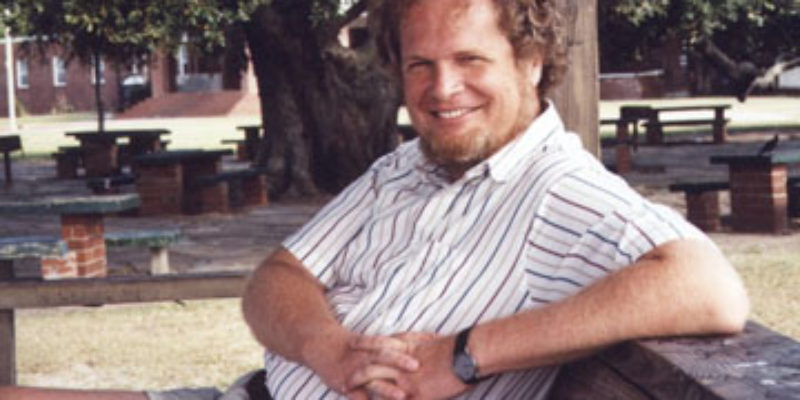 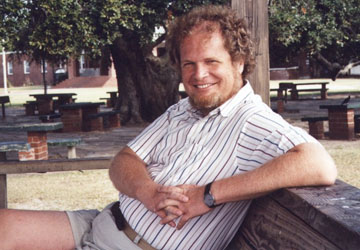 …if he did, he might be the perfect avatar for the old saying “Those who can, do – those who can’t, teach.”

Because as LSU’s faculty senate president, Cope seems to go out of his way to marginalize his constituents and peers where it comes to influence among Louisiana’s political class.

There are lots of examples of this. The latest one, though, is an entry in the LSU faculty senate newsletter, which is posted on LSU’s website…

The Three Stooges of anti-academic legislation — Louisiana Senator Conrad Appel, Senator Elbert Guillory, and Representative Stephen Carter — continued their aggressive mischief-making with the filing of Senate Bill 117, which calls for the creation of a panel to study the rewriting of the higher-education funding formula with reference to “outcomes.” Although “outcomes” remained vaguely defined, the “digest” for the bill made it clear that the production of baccalaureate degrees in workforce-relevant areas was the number-one goal. The word “research” to designate the pursuit of knowledge appears only once; a few other occurrences reference support staff for the operations of the proposed panel. Disciplines that engage in cultural work—music, art history, religious studies— had no place in this legislation.

In its original form, SB117 proposed an outcomes-funding panel that included only higher education system presidents, the Commissioner of Higher Education, and a raft of officials consecrated to economic and workforce development. No academic representative appeared in the original manifest, nor did any party who could not be dismissed from employment by the Governor.

With help from Senator Karen Carter Peterson, the Louisiana Association of Educators succeeded in amending the bill. Peterson and LAE Executive Director Michael Walker-Jones hammered home the necessity of deploying faculty expertise in dealing with the “productivity” issue. The revised version of SB117 includes a provision to appoint to the
“outcomes funding” panel four system-level faculty representatives as well as the President of LSUnited. In the House version of the bill, two of these five faculty representatives again vanished, but hopes are high that, in the conference committees, some or all of these three deleted faculty members will return.

Would you say that would be “more” helpful to LSU’s cause where things like getting funding from the legislature or legislative initiatives passed that LSU wants, or that it would tend to be “less” helpful?

We’re going to spitball a little here and say we’re going to go with “less” helpful as our answer. We’re going to say that goofy diatribes like that appearing in a more or less official LSU publication which is supposed to be representative of the faculty at the university would tend to have the effect of making the legislators who provide oversight of LSU’s operations come to the opinion that LSU’s faculty aren’t worth making great sacrifices to support.

Would you think that Appel, Carter and Guillory would read that broadside above and conclude that irritating their constituents by raising taxes to give LSU more funding was worth the effort? Nah. Probably not.

But that wasn’t even the dumbest thing in the newsletter at hand. This was…

Unequal Opportunity On The Gridiron

The derby to redirect the last resources available to university into athletic entertainments continues this month as Southern University inked a six-figure, five-year contract with basketball coach Roman Banks. Although such expenditures stagger the imagination when remembering that Southern Athletics makes no profit and indeed operates at a deficit, it is even more sobering to recognize the degree of economic inequality along racial lines in sports. Over at LSU, for example, the management Board approved a contract for Euro-ethnic Offensive Coordinator Malcolm “Cam” Cameron at a base rate of $600,000.00 per year, nearly four times the sum paid to head coach Roman Banks. Worse, the LSU Supervisors continued their tradition of concealment and deception by burying, on pages 5–6 of the Cameron contract, a stipulation that Cameron would receive supplemental compensation in sums that, by 2015, will reach $1,000,000.00, or roughly fifteen times the average annual professorial salary at LSU A&M. All of which suggests that, whatever economic picture public rhetoric might create, it pays more, in Louisiana, to be a mainstream subordinate than a black leader.

We’re going to guess LSU AD Joe Alleva, whatever you might think of him, probably doesn’t get the warm fuzzies about the millions of dollars his operation funnels into the university’s coffers every year knowing this is the level of appreciation the faculty shows for that largesse.

Also…”Euro-ethnic?” Is that a something?

And please don’t tell us Cope and his gang at the faculty senate really think it’s somehow a surprise that an LSU offensive coordinator at a program which turns the better part of a $20 million profit would make quadruple the salary of a basketball coach at Southern when LSU football draws a good 50 percent more people for the Spring Game than Southern basketball draws in home attendance all season long. It’s no insult to Southern to say that what Banks makes to what Cameron makes coming in from the NFL is an apples-and-watermelons comparison.

No, Cope isn’t an economics professor, either. He teaches English. And since there are no bylines in the newsletter, there is no way to know whether Cope wrote that goofy bit about what Cameron makes.

But you’ve got to give it to Cope. His newsletter is…educational. It doesn’t deliver the lesson he thinks, but you can learn a lot about what your tax dollars are subsidizing at LSU by reading the faculty senate’s stuff.

Interested in more news from Louisiana? We've got you covered! See More Louisiana News
Previous Article WILFONG: When The Facts Get In The Way Of A Good Story
Next Article SADOW: Don’t Spend That New REC Money All In One Place