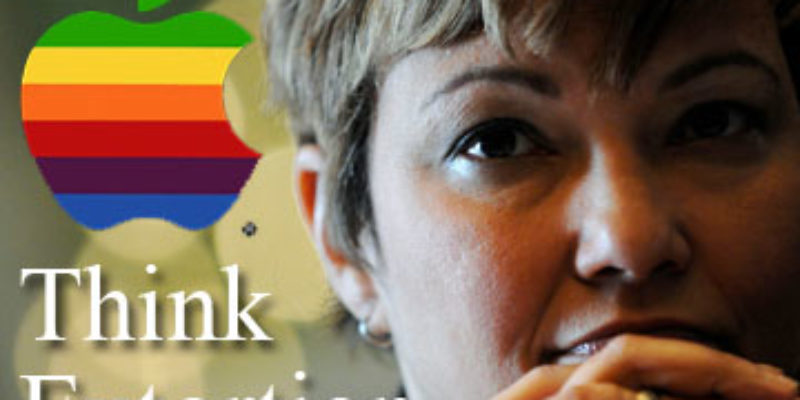 The point of Tim Cook’s appearance earlier this month, by appearances, was to discuss how Apple is parking money offshore and dodging taxes.

Remember that? It was such a spectacle that Rand Paul uncorked this beauty…

Well, the true point of those hearings was made known today…

“I’m incredibly impressed with Apple’s commitment to the environment and I’m thrilled to be joining the team,” Jackson told POLITICO via email, using her iPhone.

“Apple has shown how innovation can drive real progress by removing toxics from its products, incorporating renewable energy in its data center plans, and continually raising the bar for energy efficiency in the electronics industry,” she continued. “I look forward to helping support and promote these efforts, as well as leading new ones in the future aimed at protecting the environment.”

Naturally, the POLITICO piece made zero mention of the obvious reason Apple hired a disgraced federal bureaucrat with virtually no private-sector experience or record of excellence or innovation of any kind. Iowahawk, of course, was more perceptive…

Apple is now in the business of carrying political hacks on the payroll, something they’d never really done before.

Steve Jobs, who was a liberal, did everything he could to stay out of politics. He thought politics was bad for business, and because he stuck to that idea his company had good PR from both sides of the political aisle.

In this respect he was very similar to America’s other great tech business icon, Bill Gates. Microsoft at one time was proudly apolitical – even anti-political. Gates used to say he was from “the other Washington.”

That was until Janet Reno and the Clinton administration tried to destroy his company.

You’re not allowed to stay out of politics in America. Not if you want to be a leader in your field. They’ll drag you to DC and take a piece of you.

Bill Gates learned his lesson. Last year, Microsoft spent over $8 million on lobbyists, and that was actually a slow year compared to the $9.5 million they spent in 2004. They also gave $4.8 million to political candidates for the 2011-2012 cycle.

Apple, by comparison, only spent $620,000 on candidates in that cycle and just $1.9 million on lobbyists last year. Open Secrets ranks them just 597th of all organizations in campaign donations and 274th in lobbying – for the world’s richest company, those sure are puny figures.

And the majority of that money went to Democrats. Which is why Apple only gets a bad day at the Senate instead of guys in SWAT gear breaking down the door, which is what you get if you give money to Republicans.

So Tim Cook gets dragged into the Senate to justify his company’s legal tax practices, and less than 10 days later comes a fat sinecure for Lisa Jackson on the company dime.

The utter corruption, the flagrant Third World extortion, of this simply boggles the mind.

But nowadays this isn’t a scandal. This is a Wednesday in the Age of Obama. 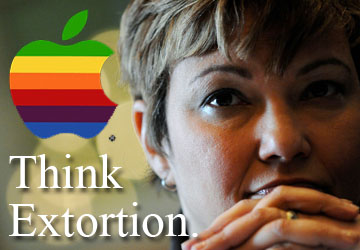