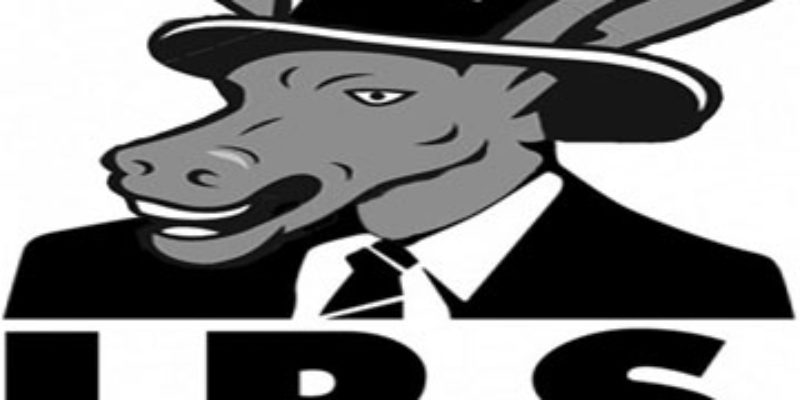 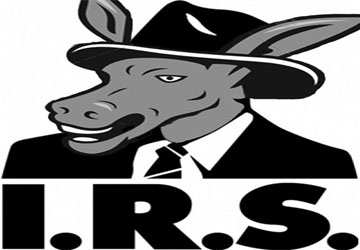 …because it could well be that trying to connect the persecution of conservative activists by IRS agents to the White House is going to be a dead end.

Not that the White House is doing a particularly good job of distancing themselves from the mess. Appointing a White House budget dork as the new acting head of the IRS does nothing to make anyone believe the president is serious about cleaning up the mess.

Steven Miller is a low-life hack who should be pumping gas for a living, and a special prosecutor ought to be appointed with the power to drag those answers out of Miller on pain of his being tossed in a federal prison on a host of charges.

That said, the real paydirt – and the real import – in the IRS scandal might not reside in the White House, or even in the Treasury Department.

Jeffrey Lord, writing yesterday at the American Spectator, had a very insightful, and frightening, piece about what might be a shadow, unaccountable policy-making leadership within the IRS…

It’s about a union: the National Treasury Employees Union. The NTEU. A left-wing union representing 150,000 employees in 31 separate government agencies, including the IRS. A union that not only endorsed President Obama for election and re-election, but a union whose current president, Colleen Kelly, was a 14-year IRS agent and now is both union president and Obama administration appointee (of which more in a moment).

It’s about 94% of NTEU union contributions going to Democrats in the Senate and House in 2012 — candidates who campaigned as vociferous opponents of the Tea Party.

And the recently released report from the Treasury Inspector General? You will not find a single reference to the NTEU. Whose members are both player and referee in the exploding controversy over the IRS targeting of conservative groups.

Which raises the obvious question: how many NTEU members were involved in the writing of the Inspector General’s report?

Even more to the point, what contact — what coordination — has the Obama White House had with their allies in the NTEU leadership as both the White House and the NTEU race to get on top of a scandal that is rapidly engulfing both?

In the 2012 cycle, here was the NTEU’s summary of political donations…

Lord goes further and lays the issue out in full…

As one would suspect, given the enormous clout of the liberal IRS union, it’s all about the politics. Liberal politics and the financing of the liberal welfare state. A federal version, if you will, of the recent famous struggle between Wisconsin Governor Scott Walker and state employee unions.

How powerful is the NTEU within the IRS?

Look no further than this IG report from back in January of this year that discusses the role the union has inside the IRS bureaucracy in the minutia of which IRS employees get to carry a Blackberry. The report notes:

In June 2010, the IRS and the NTEU signed an agreement to standardize IRS policy regarding which IRS employees would be allowed (referred to as a “profiled” position in the agreement) to receive certain information technology equipment, including aircards and BlackBerry® smartphones.

Notice: the NTEU, which gave 94% of its campaign money to anti-Tea Party candidates, has the clout within the IRS to demand a say in who can and cannot carry a Blackberry and receive other high tech communications equipment. The report goes on to say:

This doesn’t even mention the power the NTEU has inside the IRS to decide everything from promotion rules to size of employee workspaces and on and on.

If you are working in the IRS, and you are an NTEU member, and you know your union leadership is funneling your union dues to anti-Tea Party candidates, and your union has so much raw power within the IRS that they even control whether you, an IRS employee, can get even such mundane tech gear as a Blackberry — what attitude are you going to display as you review Tea Party applications that must, by law, come in to the IRS for approval?

You already know what to do. And inside the IRS, that’s exactly what was done. The Tea Party, in the vernacular, was screwed. By IRS bureaucrats whose union money is being used to attack the Tea Party. Of course these IRS employees know what to do — most probably without even being asked. There is no need to ask. And if they don’t follow the union program — and want a Blackberry — tough luck.

And what of the NTEU president, Ms. Kelly? The one-time IRS agent also doubles as an Obama appointee (announced here by the Obama White House) to the Federal Salary Council. Identified in theWashington Post as:

…a panel obscure to most Washingtonians but one that performs a vital role in recommending raises for most federal employees.

Got that? The President of the NTEU — a union that has gone out of its way to use IRS employee money to defeat the Tea Party — has a “vital role in recommending raises for most federal employees” — which includes, of course, IRS employees.

As if IRS employees don’t have enough incentive to go after the Tea Party, their anti-Tea Party president has a say in whether they get not just a Blackberry but a raise as well.

Can you say: “conflict of interest”?

Let’s not forget about the fact it was IRS agents – NTEU members – who also supplied the Human Rights Campaign with confidential tax records from the National Organization for Marriage.

This would be the worst political scandal in modern American history if it had sprung from the brain of David Axelrod.

But if Lord is correct it’s far worse than if someone in the White House was directing the IRS to run interference for the president’s re-election campaign. What this might be about is the NTEU’s leadership and membership engaging in persecution – by delaying and denying 501(c)3 and 501(c)4 status to conservative activist groups and systematically auditing activists and donors opposed to President Obama – of the Democrat Party’s political opponents, on their own initiative.

That’s a lot worse than for these people to have been “just following orders.” Were this to be a top-down scandal – as it still may be, we’re merely suggesting that Lord’s writings be taken into consideration as an alternate explanation of this affair – that would be shameful enough. But at least it would indicate a government in some sense of good working order – policy, however atrocious, is being made by appropriate actors on a high level and carried out according to orders.

What this could be is policy being made by a union, perhaps only at the inspiration of the president’s campaign, and carried out on a voluntary basis by members of that union apart from any public discussion, legislative direction or oversight or even public consent. You could say it’s an agency gone rogue and conducting policy according to the ideology of its union, with the tacit approval of the Obama re-election campaign.

And the answer to this would need to be that while Obama might have been the instrument of the IRS’ corruption in this case, it’s the agency itself which is no longer viable as a repository of the public’s trust. And that would indicate a far larger project – the necessity to scrub clean the IRS of malefactors or perhaps wipe it away altogether and start over either with a different revenue agency or a new tax system altogether – awaits us if we want to address the corruption this scandal brings to light.