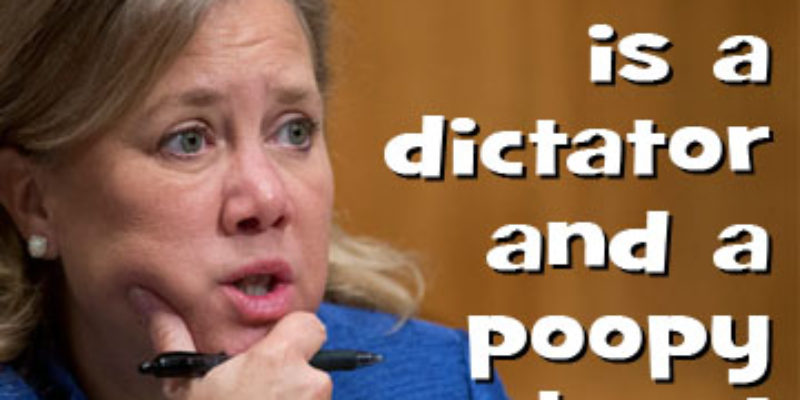 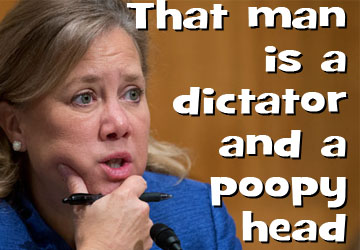 …and it comes to light that the Senate majority might attempt to slip in an increase to the debt limit as part of the conference report on the budget.

That’s not a particularly smart thing for Harry Reid to do, because there’s little chance the House GOP leadership would go for a debt limit increase. Not amid the IRS scandal and the IRS’ role in the implementation of Obamacare to come, and not given the House vote the other day to repeal Obamacare. The debt limit is the best piece of leverage they have in either killing or delaying Obamacare, and given the public’s growing disgust with the IRS and the contempt that agency’s personnel have shown amid the burgeoning scandal around them there has never been a better chance that a Republican-led refusal to raise the debt ceiling until the Obamacare train is derailed could be successful.

The Senate hasn’t had a budget in four years. The Senate needs to at least be able to say it has passed one. The House has passed a budget and the public is aware the Senate is a problem where the budget is concerned. It’s important to get this behind them and deal with the debt ceiling in the next round, particularly before the Obama scandals bleed away whatever political capital the Democrats have left.

So three Republican Senators – Mike Lee, Rand Paul and Ted Cruz – have decided to hold up the budget process a little as they ask for an assurance that an increase in the debt limit won’t be part of the budget conference report.

And what did the Utah Republican get for his trouble?

Why, a bitch-out from Mary Landrieu, that’s what. She called him a “dictator” for asking that a simple and honest process be followed.

“We don’t have kings anymore,” Landrieu said in response to Lee on the Senate floor this afternoon. “We don’t have dictators anymore. We don’t have people with special powers . . . not anyone in this chamber is entitled to write the budget exactly the way they want it.”

“Nowhere in the Constitution does it say that one senator in one state has the right to write the rules,” Landrieu replied. “We had to listen to them ranting and raving for years [about how we don’t have a budget] . . . They’ve decided that because they represent half of [three] states that they want their way or the highway. Now, the whole Congress cant go to conference on the budget.”

So – opposition to slipping a poison-pill amendment to the budget, the effect of which would prolong the profoundly un-democratic pattern of refusing to operate on a budget (like kings and dictators do)…makes you a king or a dictator?

No, it doesn’t make sense. But it’s the best she can do on short notice.

We can infer that Mary doesn’t have a problem with a poison-pill amendment attempting to increase the debt limit since she thought it was worthwhile to scold Lee for raising his concens. What she does apparently have a problem with is coming up with something intelligent to say about it.

Still nothing of substance from her on the IRS scandal, by the way. What can she say? She’s taken $23,000 in campaign contributions from the union to which belong all the IRS agents who have persecuted the Obama regime’s political enemies, and she was the deciding vote in passing Obamacare – which as it happens will mean some 20,000 more members of that union, tasked with serving as Obamacare’s bill collectors.

But naturally she’s not going to say that on the floor of the Senate. Bit more honesty than is prudent, in case the rubes back home are listening.

Instead, she’ll just act like a child and call Lee a “dictator.” Maybe the rubes will like that, right?

Interested in more national news? We've got you covered! See More National News
Previous Article VIDEO: The Fantastic Rand Paul Apple Rant
Next Article It’s A Lot Easier Than You Think To Get A Fraudulent Obamaphone