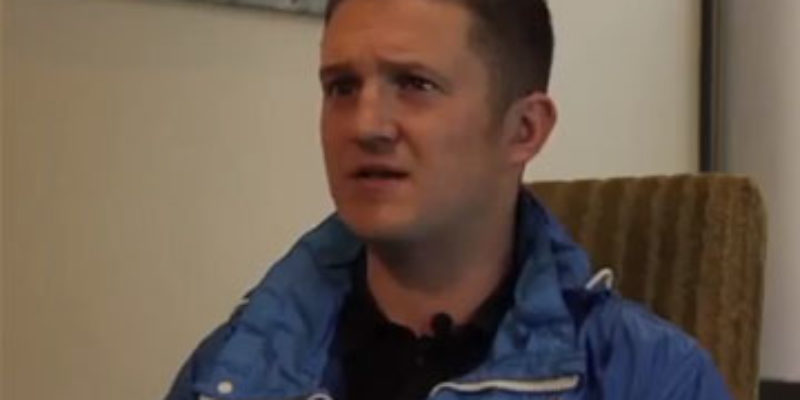 Interesting stuff. It goes about 21 minutes, but it’s worth the time if for no other reason than that accent makes it sound like you’re listening to Jason Statham.

Robinson’s group is a citizen outfit which is militantly anti-Islam, so he’s been treated as fringe and a skinhead and a soccer hooligan and so forth. But he’s no dummy; he actually understands the threat posed by sharia to his country and the direction in which things are moving – rapidly – in the UK as a result of the Labor Party actively promoting Muslim immigration into that country for the purposes of skewing the electorate (which might sound familiar) and the Conservative Party refusing to take a real stand for British values.

Police and social services have been accused of fuelling a culture of silence which has allowed hundreds of young white girls to be exploited by Asian men for sex.

Agencies have identified a long-term pattern of offending by gangs of men, predominantly from the British Pakistani community, who have befriended and abused hundreds of vulnerable girls aged 11 to 16.

Experts claim the statistics represent a mere fraction of a ‘tidal wave’ of offending in counties across the Midlands and the north of England which has been going on for more than a decade.

In other words, they’ve got immigrant pedophiles corrupting their daughters and making them teenage whores for the use of other immigrants – and should that activity produce pregnancies, they claim the children as Muslims.

And this has gone on for a long time, with nobody doing anything about it.

Flip that over, and just imagine what would happen if, say, Coptic Christians in Egypt embarked on a similar enterprise.

Now, like Robinson says, Muslims just ran over a soldier with a car, got out and sawed his head off in the middle of the street in broad daylight – and then stuck around to give commentary about the incident to folks with a camera phone and try to charge the police when they showed up. And the political class in Britain is busy trying to pass along the narrative that this isn’t what Islam is all about.

Meanwhile, something else you might not know much about in Robinson’s interview – Anjem Choudary is a mind-bendingly evil Muslim cleric who is demanding the institution of sharia in the UK, who draws welfare because he doesn’t claim any income from the Islamist groups he heads and who has told British Muslims to go on welfare because doing so is a way to make the infidel pay the jizya, or tax on non-Muslims demanded by sharia.

At the end of Robinson’s interview, he makes what will inevitably be characterized as a threat but in fact is a quite accurate prediction: namely, that anti-Muslim violence is becoming more and more inevitable, and it’s on the heads of the UK’s political class when it comes.

Whatever you might think of the EDL or what responsibility they might ultimately have for the violence, Robinson is right. Because the mainstream political class has refused to protect Britons from the Islamist threat in that country, and in fact has exacerbated it by failing to limit immigration to levels their culture could assimilate, failing to demand and enforce assimilation and failing to uphold the dominant culture in the face of a militant threat against it.

And what happens amid such manifest failure is that the population, who regardless of what the political class might think is not going to just roll over and give up, loses faith in the political class to solve existential problems to society. What you get when that becomes the case is vigilantism, and a cycle of violence which only ends when one side loses the will to fight and then must flee the battlefield.

The current mainstream political parties in the UK having utterly refused to take a stand against an existential cultural threat, the time is coming when new political parties will enter the mainstream. The UK Independence Party, which began as a protest movement against the European Union, is growing by leaps and bounds and appears to be eating into the Conservative base, one reason being that UKIP isn’t afraid to speak out against radical Islam. That trend is likely to continue, and it’s entirely possible parties even more strident than UKIP will come along.

And the EDL is going to grow and grow.

These aren’t necessarily good things, mind you. Certainly, Britain must do what needs to be done to preserve its culture and keep itself from suffering the same fate as, say, Lebanon or the Byzantines. But the methods British nationalists might employ in that effort probably won’t be as clean as the post-war British electorate is used to.

When the British are faced with a choice between allowing Islam and sharia to swallow them whole or electing people who will institute policies likely to curb the civil liberties of minorities, a choice which is fast approaching, violence is inevitable regardless of the outcome. If the Muslims win you’ll see a lot more beheadings on the streets, not to mention violence in lots of other forms (Theo Van Gogh’s murder was one example, the fate of Egypt’s Copts another), not to mention the likely radicalization of the EDL types who won’t go down without a fight and could well resort to the kinds of tactics we’ve seen in other sectarian conflicts (think Bosnia). And if the nationalists come into power, who knows what methods they’ll use to suppress the jihadists who at this point are brazen enough to behead soldiers on the streets – they’re not going to go away without wholesale terrorism in their own right.

It’s a bleak future, but it’s the one they’ve made for themselves by not acting to preserve their culture and heritage. The Labor Party committed treason by throwing open the doors to people from an alien culture for the purpose of base political advantage, and the Conservatives stood by and allowed it to happen. And now come the consequences, of which Robinson has been warning to no avail.

Interested in more national news? We've got you covered! See More National News
Previous Article What Shall They Say About Steven Crowder?
Next Article SARGE: Still Packin’, And Still Ready