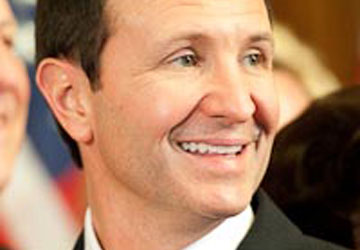 Right now, the Louisiana Legislature is considering legislation to force Governor Jindal to accept the Medicaid expansion portion of Obamacare, and some Republican legislators are supporting it. While I may not agree with our governor 100 percent of the time, Gov. Jindal is 100 percent right in rejecting the expansion.

Over time, the Medicaid expansion will impose a greater financial burden on Louisiana’s state government, leading to further budget shortfalls and jeopardize funding to our educational system and vital infrastructure projects that create jobs. Additionally, those Louisiana citizens who are currently receiving services under Medicaid will find their services diminished.

If you listen to supporters of expansion, they will tell you that under Obamacare, the federal government is supposed to fund 100 percent of the expansion for the first three years and then 90 percent for several years after that. But there is no guarantee that future Congresses will agree to keep their end of the bargain. In fact, there is no guarantee that President Obama will keep his end of the bargain. Already, the president has proposed changing the deal in his fiscal year 2013 budget proposal.

Given the many broken promises plaguing Obamacare, there is no reason to believe Medicaid expansion will be any different. A recent AP article by Ricardo Zaldivar exposes how thousands of people with serious medical problems are now in danger of losing coverage under Obamacare. The problem: cost overruns and lack of sufficient funding. Because of this dilemma, Secretary Sibelius is now trying to force states to fund the Pre-Existing Condition Insurance Plan for the remainder of the year – a plan that was the responsibility of the federal government. Sound familiar?

Fast forward to today. The administration and liberal Democrats are trying to pressure states such as Louisiana to accept the Medicaid expansion portion of Obamacare. Leaders such as Governor Jindal understand that the federal government’s track record in keeping its promises, coupled with the current budget woes in Baton Rouge, will spell financial ruin for Louisiana.

If Obamacare is such a great program, then let the federal government and Congress implement and fund it. The reason President Obama is pressuring states to partner with him is that he wants someone to blame when the program fails and the unpaid bills pile up.

Even national Democrats are concerned that Obamacare is going to be a train wreck. Hopefully, our Louisiana legislature doesn’t make us a passenger.

Jeff Landry is the former Representative for the 3rd District in Louisiana and is now president of the conservative PAC, Restore our Republic. Jeff and his wife Sharon are raising their son J.T. in New Iberia, Louisiana.

Interested in more news from Louisiana? We've got you covered! See More Louisiana News
Previous Article On This Year’s Conservative Suicide At The Capitol
Next Article WILFONG: When The Facts Get In The Way Of A Good Story