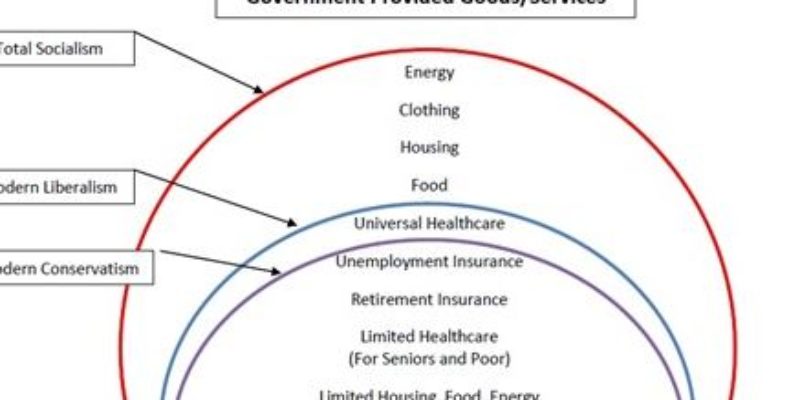 Ace Of Spades had this last night, and it’s well worth spreading around – for a couple of reasons.

First, every opportunity we can take to dispel this idea that if you’re a far-right conservative you’re a fascist; that’s a lie and it’s a tool for misrepresenting the ideological spectrum to favor the American Hard Left.

Because fascism is a leftist ideology just like communism is. Fascism involves government control of the means of production as well as government coercion of public behavior; communism involves the same, plus government ownership of the means of production in exchange for a guarantee of the basic necessities to the public (at least until the communist rulers decide certain members of the public don’t deserve the necessities…or oxygen).

The far right, the extreme far right, is actually anarchism – not the Occupy Wall Street faux-anarchism designed to bring down the market-capitalist system Western Civilization is based on in favor of a communist collective, but the kind of anarchism which seeks to banish government altogether. There is no particular gravitation toward that space in the spectrum in anything resembling mainstream American politics.

Instead, there is a lot of momentum on the Right, particularly within the Tea Party and the Ron Paul crowd toward what this graph would call “Paleo-Conservatism” or “Classical Liberalism.” That’s the space in the spectrum occupied by many of the Founders like Jefferson, Madison, George Mason and the rest of the original Democratic-Republicans.

We won’t get there any time soon, but the shrinking of the sphere portrayed in this graph is inevitable in an Information Age societal construct, and in particular an Information Age in which our Industrial Age government has broken the bank and can’t afford to fulfill the promises it makes to the hard-core Obama voter types… 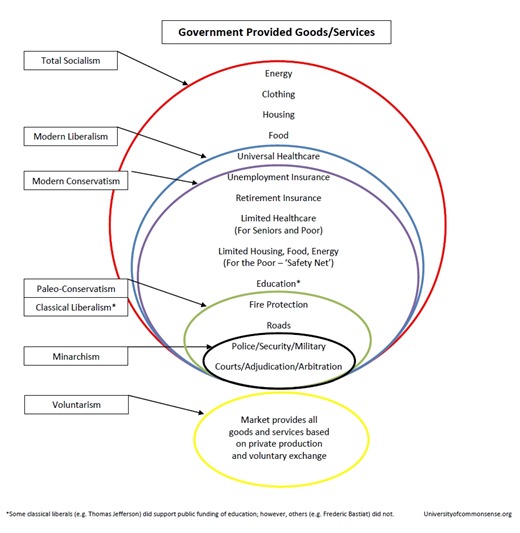 Because the further up the line on this graphic, the more you’re getting into areas which can most properly be described as “private” goods rather than “public” goods. A private good is something which can be readily provided by one person to another as a function of a voluntary exchange. Energy, for example, is fairly easily provided when you pay your utility bill or arrive at the gas pump, and there is no particular reason why the government should be involved in the exchange unless you believe the government should be intimately involved in all private transactions. Fire or police protection, on the other hand, are public goods; they could be provided by the private sector but it’s a bit more problematic to have competing private companies to patrol areas and catch and jail criminals.

And when the federal government is $17 trillion in debt, it’s not just an ideological question. It’s a question of what’s possible. We can’t afford as much government as we have now; the question at some point in the future will become how much the sphere in this graphic will have to shrink.