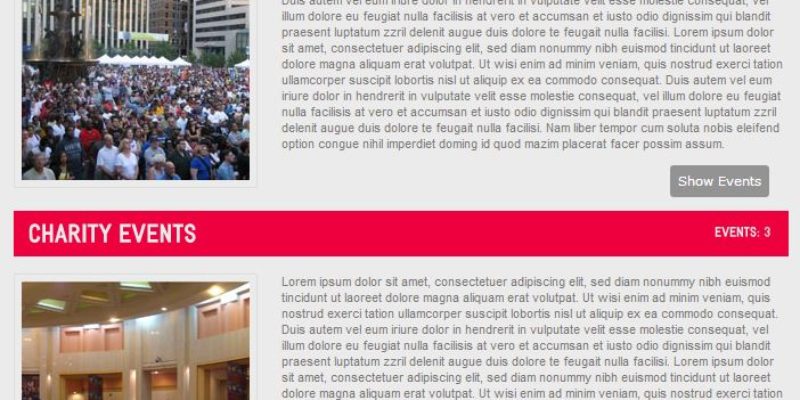 A week or so ago, state treasurer John Kennedy said he’s “seriously thinking about” running for Governor in 2015.

If that’s true, perhaps his first foray into the race came late last month when he released a list of 36 non-profits getting state money which are violating state laws on transparency and disclosure.

State law requires a non-governmental organization which gets funds from Louisiana’s treasury to do rigorous annual reporting of how it’s spending the state’s money. But many of these NGO’s are notorious for doing no such thing, and because many of the non-compliers happen to be very well-connected with certain state legislators of a particular ethnic and ideological persuasion it’s often regarded as more trouble than it’s worth to do anything about it.

Kennedy has come around to a different view, however. As part of his effort to establish himself as Louisiana’s pre-eminent budget hawk he worked with state rep. Chris Broadwater to pass a bill establishing the Office of Debt Recovery within the state Department of the Treasury, and that office is now up and running.

ODR is important because it is the enforcement mechanism by which NGO’s failing to comply with the state’s reporting requirements might be actually required to suffer consequences for their noncompliance.

In other words, now that ODR is up and running, the non-profits at the public trough who don’t cough up the required data can be dunned for the money they slurped out.

And Kennedy’s announcement last month that the 36 scofflaws on his list had until the end of August to cough up their required reports or cough up the state’s refund money has given cause to a case of the vapors for some of their principals.

Take state sen. Yvonne Dorsey-Colomb, for example, who happens to be a principal in an organization which is on the hook for some $300,000 under Kennedy’s new persnickety regime. It turns out that The Colomb Foundation is a non-profit run by her husband Sterling Colomb, Jr., and it was begun as a tribute to his mother Verna Colomb, who died of breast cancer, and his adopted sister Dene’ Colomb, who was tragically murdered by Baton Rouge serial killer Derrick Todd Lee. The foundation says its principal mission is to promote breast cancer awareness, as though nobody in the private sector is doing that without getting government dollars, and it says it puts on an annual cancer walk, an annual health fair and an annual teen summit – apparently for that purpose. We couldn’t find anything on the web site about any of those events actually taking place, and a Google search for them didn’t yield anything either.

In fact, here’s a sample of what you’ll find on the site’s “calendar” page… 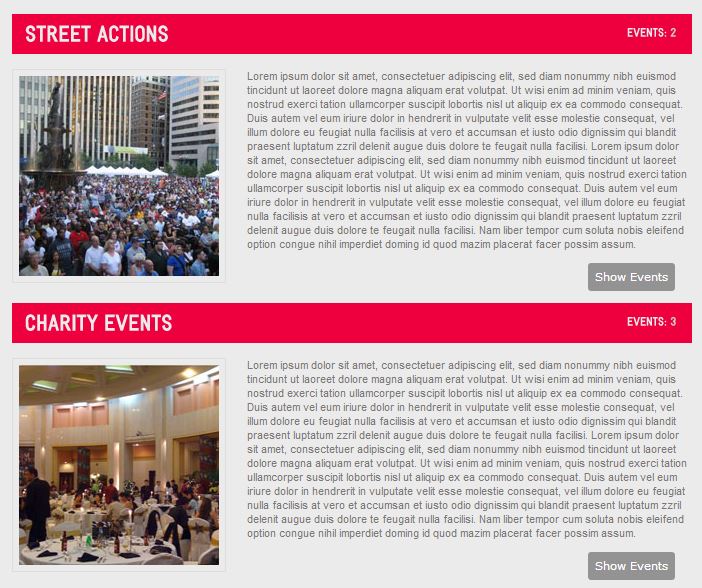 Why the Latin? That’s from a template they built the site out of (it’s pretty standard filler text for web page templates). They never even bothered to enter any events. Which is a pretty good indication they never actually had any.

The foundation’s website has a donor page, at which precisely three donors are listed with logos – WalMart, Sam’s Club and SLEMCO. That page hasn’t been updated since February 2011 (so far as we can tell nothing else on the site has, either). One would think other donors to the Colomb Foundation would be a little perturbed at not being mentioned on a site they were underwriting, and one might draw the inference that there might not be any other donors.

But the Colomb Foundation has picked up some $670,000 out of the state treasury from 2007 to 2012. More than half of that, $370,000, came from the state’s capital outlay budget during that time. That’s problematic on a number of levels; capital outlay is not supposed to fund breast cancer awareness programs but rather things like roads and bridges, and the rules on capital outlay are also a lot more lenient on disclosure than regular budget expenditures.

That means the money which is most malodorous for having gone to this foundation is least recoverable. Welcome to budgetary controls, State of Louisiana style.

But the remaining $300,000 is recoverable now, and this is where the history gets somewhat interesting. The Times-Picayune picks up the story…

In 2011, Kennedy sent the foundation a letter notifying its staff that reporting deadlines for the general fund money would be extended until January 2012. When the foundation still didn’t respond to requests for full financial data by that date, a second letter was sent, on Feb. 28, 2012, to inform them that they needed to return the full $300,000 to the treasury.

However, at the time, the treasurer’s office had no legal mechanism to demand that the money be returned. The Colomb Foundation, along with the 35 other NGOs on Kennedy’s list, got a free pass.

So they were on notice that the 300K was forfeit more than 17 months ago – but they ignored the notice because the state didn’t have a vehicle to extract the cash from them.

Except now it does.

And Dorsey-Colomb is running to the press to howl about how mean Kennedy is. From the same T-P story…

State Sen. Yvonne Dorsey-Colomb, D-Baton Rouge, thinks Louisiana Treasurer John Kennedy mistakenly placed her husband’s nonprofit agency on a list of groups not adhering to state financial reporting laws. The treasurer’s office denied that, and said the group had been contacted on several occasions to account for state funds it had received.

“I think that the documents may be in (Kennedy’s) office and they’re lost,” Dorsey-Colomb said Tuesday. She said she has seen the financial data and thinks recent office moves by the treasurer might account for what she believes is a mistake.

Sure, that’s believable – right? All of 17 months ago they were told they had to cough up the 300K because they never turned in any financials, and she says “oh, yeah – we turned those in and Kennedy must have just lost ’em.”

And in all that time neither she nor her husband ever bothered to turn in copies of the financials, in the interest of propriety and her good name and clearing this question up. Or produce them to the Times-Picayune or anybody else who might look at this and say “Jeez, maybe we’re getting ripped off by a crooked legislator.”

If I was a state senator and I had the state treasurer pretty much calling me a thief for having taken hundreds of thousands of dollars out of the state treasury that I can’t account for, I can tell you I’d be able to produce those docs on demand. Or at least it wouldn’t take me more than 17 months to produce them. Hell, I’d be screaming from the rooftops that I’ve got them and anybody who wants to see them can have them for the asking.

Particularly when I’ve got a reputation for ripping people off on a relatively constant basis. All the way back in 2007, WAFB uncovered a paper trail on Dorsey-Colomb’s personal cutpursery, which included…

-Wages garnished and judgment rendered for $24,525.00 for failure to pay lease on business. Suit name Mack B. Johnson Management vs. A. B. Welch and Yvonne D. Welsh. Suit #467357 19th Judicial District Court.

-Frank’s Door and Building Supply Company, Inc. vs. Yvonne Dorsey, Suit #415708 19th JDC, suit against her for failure to pay for materials and supplies delivered to her property.

The only reasonable explanation for this, given that history, is that she’s flat-out lying about money she flat-out stole from the public till. And that she’s a good old-fashioned crooked Louisiana politician who probably belongs in a federal prison on a racketeering beef.

And that if she was otherwise pigmented or partied, you can bet your bottom dollar this would have come to a head a long time ago, because the fear of the race card wouldn’t offer any protection to her if she was Nancy Landry or Hunter Greene.

But Dorsey-Colomb now says her husband’s foundation is in contact with the state treasury in order to insure it complies by the end of the month. What she didn’t tell the Times-Picayune is that she or her husband had e-mailed over some Word docs or PDF files of the financials they’d had all along and Kennedy had just lost them.

And she also brought out this complete non-sequitur…

Dorsey-Colomb said the foundation as well as other nonprofit groups in the capital city and beyond are necessary staples in their communities that provide services not offered by the state, schools or family members.

“There’s a perception out there, from I don’t know where, that the programs don’t have worth. And we took money from universities to do that,” she said Tuesday. “These programs provide a valuable service to the people in the community.”

Which is BS on at least a couple of levels. First, there is nothing the Colomb Foundation purports to do that lots of other organizations which are far more reputable and visible, like the Susan E. Komen Foundation, don’t already do WITHOUT needing the vast majority of their funding to come straight out of the state treasury – so to claim to be a “necessary staple” is a bit much.

We can have an argument about whether state dollars going to non-profits for breast cancer awareness, when organizations from Godiva to the NFL to Ford Motor Company flock to the cause with rolls of cash big enough to choke an elephant, are appropriate. But there’s no argument to be made about state dollars going to non-profits which merely purport to promote breast cancer awareness but in reality line the pockets of state legislators and their spouses.

Dorsey-Colomb can scream all she wants about what Kennedy has done to her. It’s pretty obvious she just got caught with her hand in the cookie jar.

Interested in more news from Louisiana? We've got you covered! See More Louisiana News
Previous Article Regardless Of Who You Are, You Can’t Blame Merritt Landry…
Next Article BEAM: Judge Trudy White Is A Legitimate Role Model