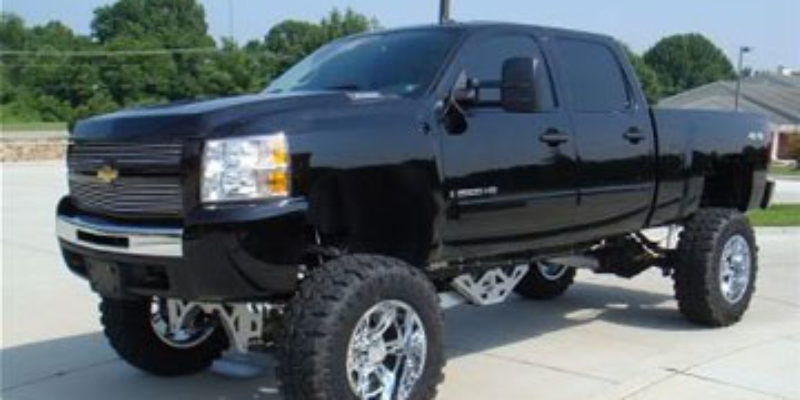 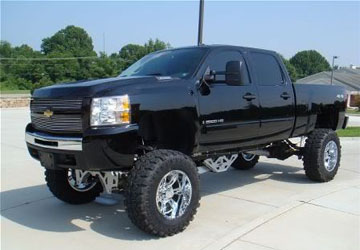 I’m not somebody who’s interested in passing a bunch of laws which expand government and make criminals out of people. I consider myself a pretty staunch libertarian on a majority of issues.

I was the guy screaming about Dale Erdey’s ridiculous law banning Facebook while driving this spring, for example. And I was the guy telling Bobby Jindal not to waste his time trying to impose a law banning sex offenders from social media (and was vindicated in that opinion when the law was found unconstitutional).

So I feel a little uncomfortable saying that in next year’s session of the Louisiana legislature there ought to be a bill passed making it illegal to buy the services of high school football players and other recruits.

Ideally, preventing that kind of misconduct would be within the purview of the NCAA. Lots of college programs have gone on probation for getting caught with their hands in that particular cookie jar, and in the case of SMU it was even worse than that – SMU’s whole football team was disbanded in 1987 and 1988 for widespread buying of players, and they’ve never really recovered from that.

But there is a very common perception that the NCAA has become absolutely toothless in enforcement of its rules. The NCAA’s rules on recruiting have long been an incomprehensible maze of arcane and stupid micro-regulations which require the presence of compliance officers who drive coaches and boosters alike batty, and yet coaches at some of the most high-profile and low-integrity schools have found even more arcane and stupid ways to work around those micro-regulations in order to provide goodies to kids with their hands out.

Supposedly the preferred method by which this is done involves, for example, a third party buying a car for a close relative of a recruit and then the recruit gets to drive the car any time he wants.

The third party isn’t technically an agent of a school, and since the car in question isn’t provided to the recruit there is nothing of value actually being given to him. And yet the recruit commits to School X and is seen driving a brand new ride.

The NCAA might hear about this stuff and want to do something about it, but they’re hamstrung. For two main reasons.

First, the worst cheaters out there are very often the more marketable programs. And thus it’s a sacrifice for the NCAA to punish those programs.

It’s hard to believe Manziel wasn’t paid to sign those autographs, and it’s also hard to believe the people paying the autograph broker to get Manziel’s signature on memorabilia weren’t Texas A&M boosters and fans. That would be something of value given to Manziel by people acting – if indirectly, and perhaps without consent of the university – as representatives of Texas A&M’s athletic interests.

And it would be a fairly gross violation of NCAA rules, not to mention a destruction of Manziel’s amateur status as an athlete. After all, if you follow to the logical conclusion what happens if Manziel gets to spend his summer trading on his fame as an athlete to command top dollar for his autograph, the conclusion you get is that on Fan Day, the boosters line up to pay five grand apiece to the quarterback for his autograph, eight grand apiece to the All-American tailback, a grand apiece for the punter and $200 apiece for the wide receiver whose dropped pass cost the team the game against Georgia last year.

What’s the word for that? The word is “professional.” When you get paid according to your value as an athlete, you’re a professional athlete.

And the NCAA has two problems with a situation like Manziel’s. First, nobody wants to ban the kid who won the Heisman last year. That’s terrible for college football. It hurts the game and it hurts everybody involved. Yes, it would be justice done to ban a kid who effectively turns pro by trading on the fame he receives as an athlete from an amateur athletic league, but that doesn’t mean anybody benefits from such a drastic remedy.

And the second problem is that the NCAA has no real way to prove Manziel got paid to sign those autographs. Manziel and the autograph broker and everybody else can simply clam up and say “screw you” to the NCAA when they come calling, and the NCAA’s investigators can’t do anything about it. You need either the power of discovery or the power of subpoena to break through the “screw you,” and the NCAA doesn’t have it.

The Manziel case involves a current athlete at a school. You could make the argument that since he’s already at Texas A&M what he does in the offseason as a student-athlete doesn’t particularly help or hurt his team, the NCAA shouldn’t really care that much – what’s much worse than that are cases like what Auburn was accused of with Cam Newton; namely, that he was paid to sign with them. Except the NCAA couldn’t come up with any real proof of that, either.

In the past, the NCAA has gone ahead and dealt sanctions anyway. But it’s not doing that anymore. And that’s why we’ve seen a long string of relatively obvious cases where players and/or recruits have been bought by assistant coaches or boosters or agents but nothing much has happened – because there was no way to prove anything.

Making these kinds of inducements illegal and adjudicating them in a court of law is the only way you’re going to secure the kind of investigative power you’ll need to get to the facts.

And so perhaps the way to go is to have the Louisiana legislature lead the fight to restore some integrity to the process.

Maybe the state legislature should consider a law in the next session which would make it illegal – and perhaps even a felony – to provide goods or services of a value materially beyond that of an athletic scholarship to a high school athlete in the state as an inducement to choosing a school to attend or a team to play for, or to conspire thereto. Maybe “material” in this case would be a sum that wouldn’t include the stupid little things like fish sandwiches or the value of a plane ticket but would certainly include things like cars, or rent-free houses for Mom to live in. That would mean you’re in violation of NCAA rules long before you run afoul of the statute. We’re not interested in sweating the small stuff.

Proving a case along these lines might be difficult, and the thinking wouldn’t be you’d have a whole lot of prosecutions for violations of the statute. Mind you, this is not aimed at the schools themselves. Rather, it’s aimed at those who are doing the deed itself. Most likely that means boosters and individual coaches.

But how many athletic boosters at an Alabama, let’s say, or a USC, would be willing to risk a massive fine or a bit of jail time in Louisiana in order to help Nick Saban or Lane Kiffin land a recruit? And how many assistant coaches at an Ole Miss or Texas or Florida State would be interested in getting hauled into a grand jury and having to give testimony under oath about the recruiting practices of their university?

The guess is not many.

Would this negatively affect high school athletes in Louisiana who are seeking athletic scholarships? Maybe, but you’d have to figure most of those are kids who have their hands out for illicit benefits. We’re not trying to prosecute those kids, mind you – what we’re looking to do is make it difficult for them to participate in corrupting amateur athletics by essentially offering themselves up like pieces of meat. Or having their moms, dads or uncles do it for them. When the word gets out that an athlete is trying to auction himself off, if a statute like this is in place that’s likely to scare the living hell out of the schools working on him. Maybe the answer for him is to move to another state where he can legally be more mercenary, and maybe that’s not such a terrible thing.

A law like this would greatly contribute to cleaning up a problematic culture in college athletics, and maybe even high school athletics. Sure, it would just be in Louisiana initially – but it would spread, and quickly.

Because if a law like this gets passed in Louisiana, most of the nearby states will follow suit to try to retaliate against what they think is a statute aimed at protecting LSU. Because if you think LSU buys players, you might think no district attorney in Louisiana would be foolhardy enough to try to prosecute LSU boosters or coaches for buying players. LSU would of course counter that they don’t buy players, and hopefully (if you’re an LSU fan) they could meet a burden of proof on that. But hopefully (if you’re an LSU fan) a law like this would serve as a strong inducement not to cheat in recruiting – with at least the knowledge that in Louisiana the competition is a heck of a lot less likely to force you to regret not cheating.

And pretty soon you’d have a lot of states with statutes governing illegal recruiting of amateur athletes.

It would definitely lead to a cleaning up of the recruiting process, or at least a slowing-down of the descent into corruption that process appears to be engaged in.

Because if something isn’t done, eventually Congress – full as it is with media-whore politicians who think Washington is the solution to what ails the country and whose passion to become legislative superstars is matched only by their ability to ruin that which they seek to regulate – will turn their attention to “cleaning up” college sports. And what Congress will do is inevitably going to destroy, rather than clean up, college football and basketball.

Better to let state legislators in a place like Louisiana, who by and large are passionate about keeping what’s good about college sports rather than turning attempts to do so into doomed experiments in social engineering, tackle this.

It’s worth a debate in next year’s session. Given the money and interest involved, trying to impose a little integrity into college recruiting is a better use of legislators’ time than whether the right people are on Facebook at the right time.

Interested in more news from Louisiana? We've got you covered! See More Louisiana News
Previous Article SADOW: You Find Out How Much Liberalism Costs When You Try To Undo It
Next Article Prof. Michael Cowan to Address Crime, Justice and the Biblical Vision