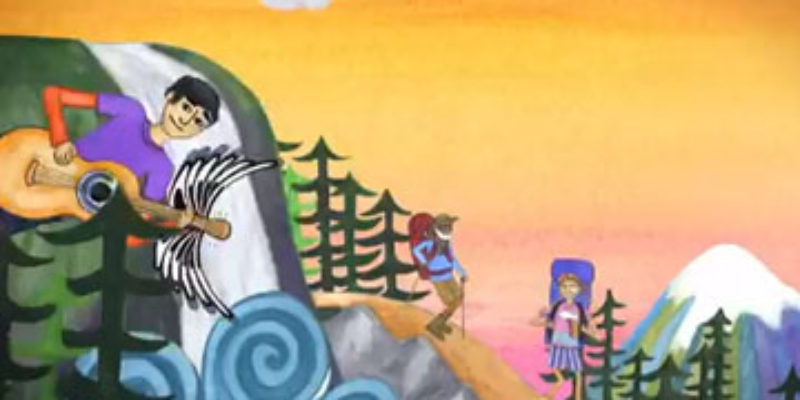 Cover Oregon is that state’s Obamacare exchange entity – it does what Louisiana Gov. Bobby Jindal refused to do in setting up a state exchange to facilitate Obamacare, which is supposed to go live within two weeks.

And Cover Oregon is spending $2 million to market itself. This is what it decided to put on television…

Jesus tap-dancing Christ. “Fly with our own wings… free to be healthy…” — subsidized by hordes of young people forced to buy coverage they might not need (let alone want or can afford) to keep the whole Ponzi scheme propped up. Hey, libs: remember Warren Buffett — he of the supposedly unfairly-taxed secretary and the “Buffett Rule” Obama is such a fan of? Apparently, even HE thinks ObamaCare should be scrapped. “Warren Buffett: Scrap Obamacare and Start Over” (The Weekly Standard).

In addition to being totally useless for enrolling users or helping them understand the complex system about to be presented unto them, the ad takes serious liberties with the definitions of “own” and “free.” Obtaining health insurance via a government exchange and generous subsidies from other taxpayers is sort of the opposite of “flying with our own wings,” unless the busker means “our” in an “it takes a village” sense, but then, whose wings are they?

And, they’re “free” to be healthy because they were never free to exercise or maintain a good diet or have health insurance before? Perhaps this ad is meant to emphasize that Oregonians may now be “free” of the insurance the president swore they could keep if they liked it, but cheer up— now, you’re free to be healthy by “flying with your own” subsidized wings. Maybe, assuming this whole exchange thing goes off without a hitch.

And, if you lose your current coverage and can’t get new coverage through the new exchange, enjoy “standing strong together” and “singing.” That’ll probably help with the diabetes.

Oh, and the total spend is about $9.9 million, with the next step being a social media blitz and paid shilling in the op-ed pages of all the newspapers in Oregon.

This issue blazed brightly in the spring in Louisiana, when the state’s Democrats made a major show of howling at Jindal for refusing to set up an exchange or expand the Medicaid program to make more Louisianans dependent on government for their health care. It got so bad that Karen Carter Peterson, a state senator and the chair of the state Democrat Party, accused Obamacare dissidents of being a bunch of racists.

The question now is whether Peterson thinks the Cover Oregon acid trip ad campaign, complete with its psychadelic-socialist messaging about how people who’ll see their health insurance costs skyrocket are somehow now “free to be healthy,” is something we’re missing out on in Louisiana. Does she think it was a bad thing that Jindal decided not to put television viewers and Facebookers in Louisiana through something like this?

One supposes Peterson’s answer is “no, ours would look jazzier.”

Thanks but no thanks.

Interested in more news from Louisiana? We've got you covered! See More Louisiana News
Previous Article SADOW: Smokers vs. Non-Smokers In North Louisiana
Next Article SADOW: Don’t Be Surprised If The Deseg Orders Get Tossed In That Voucher Suit