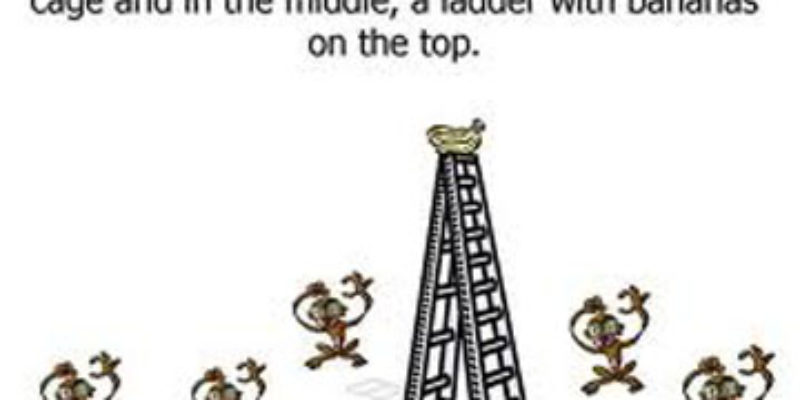 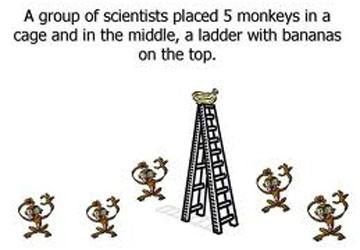 Politicians have lost their fear of the electorate. This is mainly because of what I call the Spock Principle. Years ago I ran a piece addressing the issue of children having a feeling of entitlement.  Kids have come to believe their every want and need must be provided for them. They are increasingly, over time, absolved from the need to perform and earn the privileges they become accustomed to. Their parents give them anything (and potentially everything) they want without a requirement they appreciate what’s involved in having to supply that particular “anything and everything”.

Nobody seems to understand any of this.

In the early 50s, a period viewed as pre-historic by today’s children (and I include many politicians in this group because some of them were squirted out the birth canal in the 60s), an American Pediatrician, Benjamin Spock wrote a book: Baby and Child Care, in 1946. It was the second-best-selling book, next to the Bible, for almost 50 years so extensive was its international ubiquity.

Spock was the first pediatrician to use pediatric psychoanalysis to try to understand children’s needs and family dynamics. His idea influenced generations of parents, to this day, to be more flexible and affectionate with their children, and to treat them as individuals capable of making their own good decisions and choices. Some people (myself included) criticize his theories and his book. Many critics said his theories engendered permissiveness and the expectation of instant gratification. Spock was arguably more interested in social and political activism. The international accolades heaped at his feet by organizations and people he pulled to his laissez-faire format of social and behavioral progressivism in life, social issues and child rearing affected his point-of-view and gave him the idea his ideas were the only ones that were applicable and true under any circumstances.

Medical Doctors are placed on pedestals by us laymen. They’re seen as healers and their impressive educations lend credence to this opinion. In fact many are dedicated to ending the physical suffering of their patients and treating the ills making the patient’s life have lessened quality. Others are in the job because of family pressures and stay in the job because of the status the money and the power attainable as an already semi-deified entity in the community.

I reject this premise of deification for Spock and others like him.  First: doctors aren’t healers. God heals the human spirit and body not some guy or gal with an extended education and a title. Second: doctors practice medicine because medicine is NOT a science; it employs science. The goal is to take scientific know-how and use it to treat a patient’s symptoms. If it was a science the same goal would be attainable under all circumstances and in all cases. In fact no two patients are alike and as such no two treatments should be the same for all involved.

The doctors and medical attendants I ask to treat me are for the most part really interested and caring people. Others, whom I have fired wouldn’t be allowed to treat my dead goldfish. They’re prima donnas. They display a vanity and bedside manner more akin to a medieval nosegay practitioner hiding their incompetence behind their smiles more a grotesque mask. But they have status in the community and the bucks necessary to feel they’re above others not in their social and professional strata.

Those doctors willing to look beyond the convenience of “pat” diagnosis requiring an adherence to a standardized menu of treatment have no business in the business. And trust me people; medicine is a business. All business principles are controlled by “The Golden Rule”: profit assures continued operations in the pursuit of profit.

This situation has come about because we as the electors started following Spock’s belief that parents should be more flexible, acceptant and affectionate with their representatives and senators, and to treat them as individuals capable of making their own good decisions and choices on their own. Nothing could be further from the truth. People are self-centered. They are self-absorbed. They address their wants first and look to see how those wants supply their needs. They care less for what your needs are than what their wants are at any given moment.

Don’t believe it? Who’s living large with supplemented incomes, healthcare plans and amenities paid for with tax-dollars? It sure isn’t the taxpayer. Politicians have lost their respect for their constituents.

Much of this can be corrected by recognizing because we’ve developed a lack of orange jump suits. If orange jumps suits were known to be the final reward for self-service and criminal malfeasance in office, things might change. Also, we’ve stopped allowing fresh produce at political events (townhall meetings, campaign rallies etc.). If we prosecuted politicians for malfeasance in office and they became intimate with flying vegetables when caught in campaign lies masquerading as rhetoric and false campaign promises they have no intention of keeping, they might respect the fact we know where they live, work and play. NO politician should be absolved of these punitive actions conducted by the electors.

Politicians might regain their respect for their constituents if they were reminded we know where they live, work and play.

A friend sent me the following:

If you start with a cage containing five monkeys and inside the
cage, hang a banana on a string from the top and then you place a set of stairs under the banana, before long a monkey will go to the stairs and climb toward the banana.

As soon as he touches the stairs, you spray all the other monkeys
with cold water.

Now, put the cold water away.

Remove one monkey from the cage and replace it with a new one.

Next, remove another of the original five monkeys, replacing it
with a new one.

The newcomer goes to the stairs and is attacked. The previous
newcomer takes part in the punishment…… with enthusiasm, because he is now part of the “team”.

Then, replace a third original monkey with a new one, followed by
the fourth, then the fifth. Every time the newest monkey takes to the
stairs, he is attacked.

Now, the monkeys that are beating him up have no idea why they
were not permitted to climb the stairs. Neither do they know why they
are participating in the beating of the newest monkey.

Finally, having replaced all of the original monkeys, none of the
remaining monkeys will have ever been sprayed with cold water.
Nevertheless, not one of the monkeys will try to climb the stairway for
the banana.

Why, you ask? Because in their minds…that is the way it has
always been!

This, my friends, is how Congress operates… and this is why,
from time to time:

ALL of the monkeys need to be REPLACED AT THE SAME TIME.

Fear of consequences makes us respect our personal positions in society and keeps us from over-stepping our boundaries no matter what Spock and his brain-dead minions have told us.