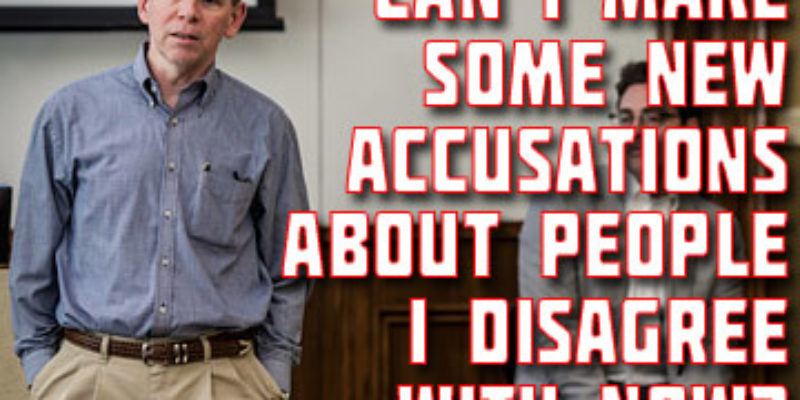 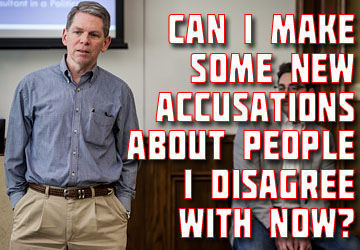 …because we dared to mention that Donna Brazile’s sexuality is a matter of question.

This is what he put on his blog today – one assumes that your tax dollars paid for his time to publish it, seeing as though he did so in the middle of a work day. Does LSU take Columbus Day off?

I wonder if American-Press columnist Jim Beam and LABI President Stephen Waguespack are comfortable having their columns prominently featured on a website that is so blatantly bigoted and homophobic? I guess we’ll soon find out.

For the record, we’re not offended by Donna Brazile’s sexuality. If she wants to be a lesbian but not tell anybody, that’s her business. It’s a bit ridiculous, though, for her to agitate continuously on the gay rights issue – and to attack women who suggest traditional family life is worth pursuing – as though none of it involves her personally – it’s one thing to keep your personal life personal, and it’s something else to make all kinds of public advocacy pronouncements along the lines of forcing people who disagree with you on the subject of homosexuality to defend themselves against charges of bigotry while refusing to be honest about your own role in the discussion.

In other words, what we can’t stand about Brazile is what a shameless liar and opportunist she is. That she may or may not be a lesbian just happens to be one of the venues in which she demonstrates her mendacity and opportunism. It’s like Barney Frank – that Barney Frank was gay was probably the most virtuous thing about him. He gave obnoxious fat gay guys from Boston a bad name. Just like Donna Brazile gives shrewish left-wing possibly-lesbian women from New Orleans a bad name.

Anyone who disagrees with Bob Mann is going to get called a racist, or a sexist, or a homophobe, or a bigot, or a Nazi. That is all Bob Mann does, because Bob Mann isn’t smart enough to engage in substantive discussions with people who disagree with him.

Today, for example, Bob Mann could have talked about exactly why it is Donna Brazile’s analogy of the Saints refusing to play their positions with Republicans refusing an all-out surrender on the government shutdown isn’t idiotic. Instead, he didn’t go there. He seized on three words in the first line and turned it into a blog post and a Twitter attack.

Just remember – this is what your tax dollars are paying for to produce journalism students at LSU.

Interested in more national news? We've got you covered! See More National News
Previous Article ANOTHER MESS: Heard About The Arrested Referees?
Next Article Turns Out Everybody’s A Critic